Melatonin has been a real game changer for me. Sleeping through an entire night is something so foreign to me and this week was just great… but last night I had a few beers and I’m usually congested from those so I woke up 2 hours early and had trouble getting back to sleep. It’s fine, I had to take a nap today so I traded up until the last hour (which I guess some real selling happened). I had some nice opening range breakouts/breakdowns this morning so I locked in profits very quick. The Tesla trade was kind of botched but I blame Thinkorswim for that. It was profitable but I will be very happy when I can stop using their platform for execution. I haven’t found a graceful way to do it paper trading. I have no problem using it live but paper is just kind of wonky. Anyways, I hope you all have a great weekend!

Here is a snapshot of my profit/loss so far. Keep in mind the one blank day I was -300$. 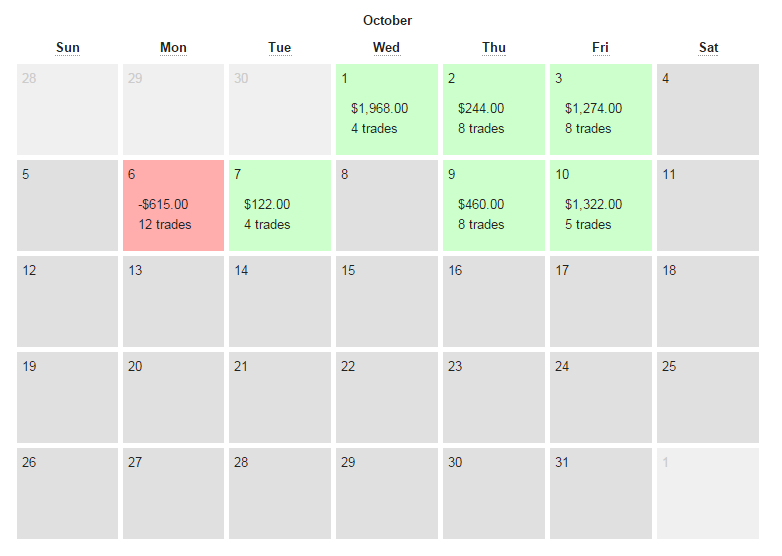 Trades of the day: