I never thought I would be able sleep in at a campsite but I proved myself wrong in Oregon. It was just so nice and peaceful I didn’t want to leave. I’m excited that during my future trips I’ll be prepared with locking luggage so I can explore more. The coast has been cold and foggy but I wanted to give Oregon one last chance before I headed inland and north to Portland. I’m glad I did. 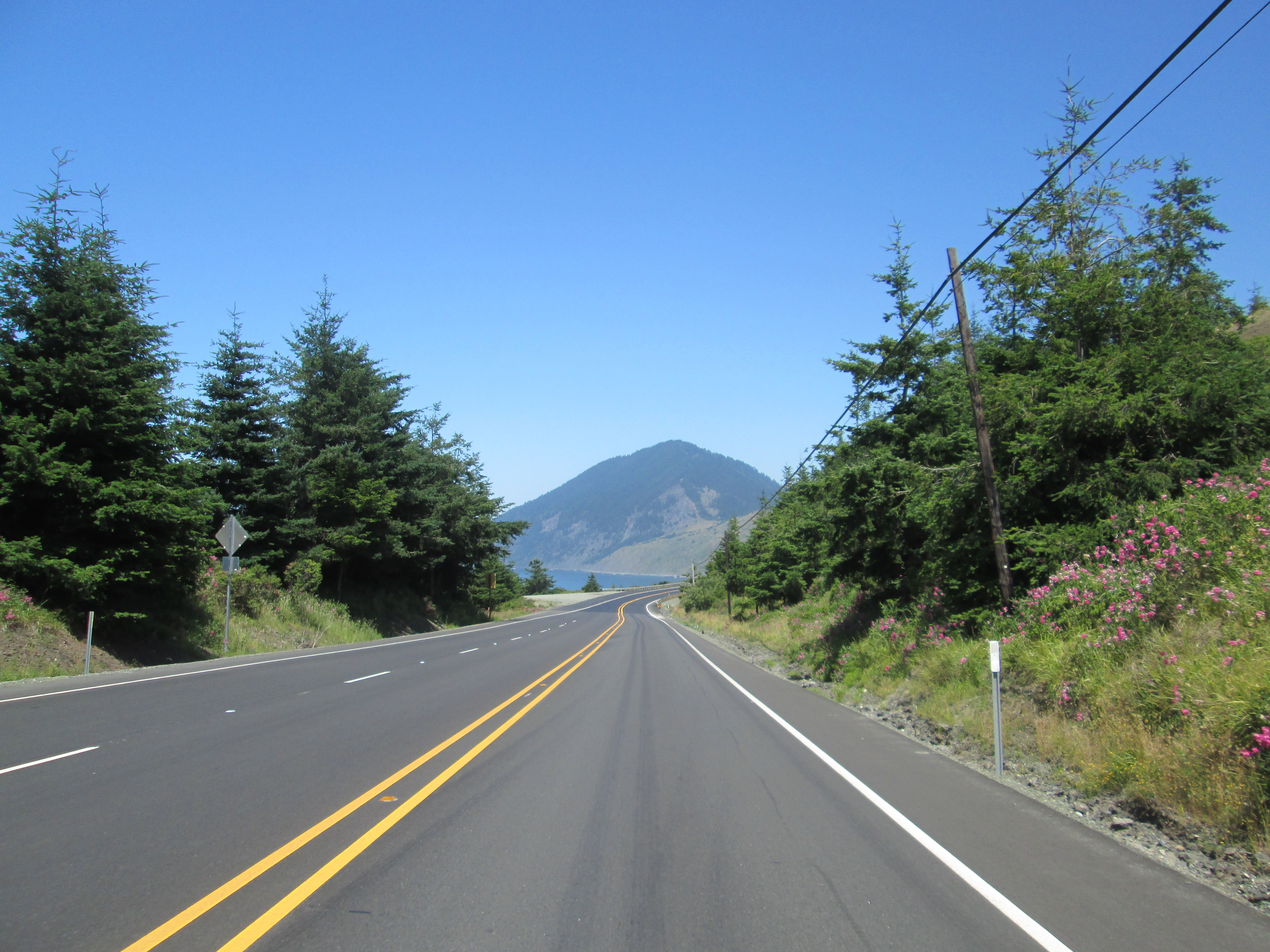 After a quick gas up it was time for my nourishment. 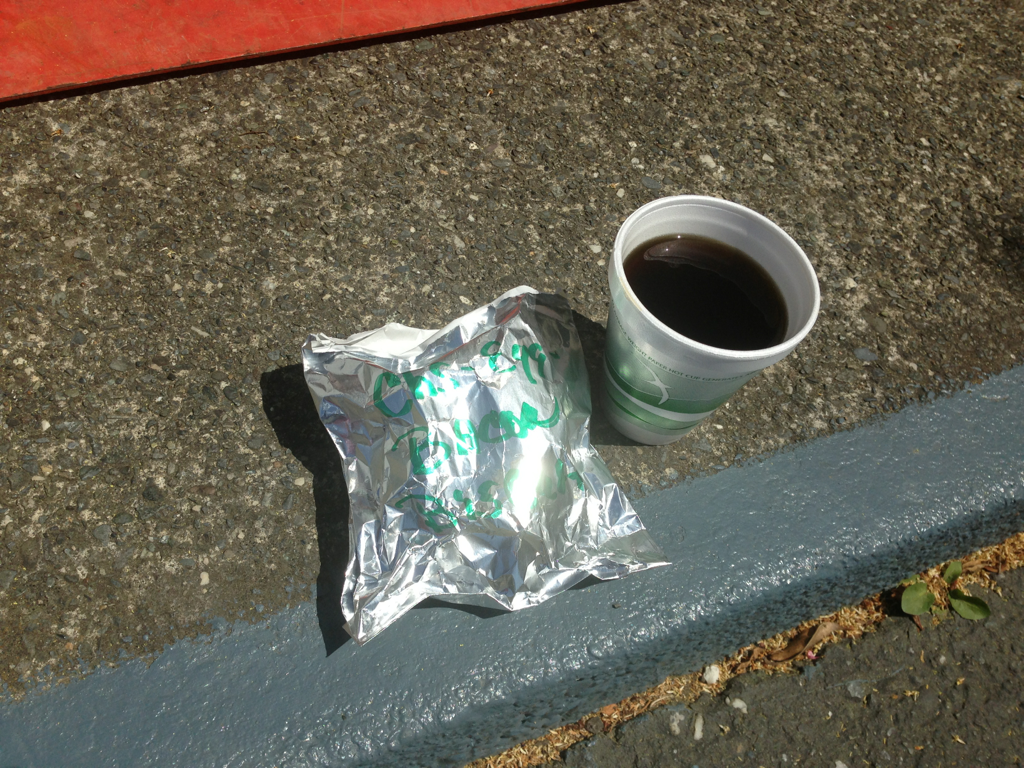 Nothing like some gas station food to supply your energy. I have been so fortunate that the routes I have taken have almost always followed a river. I had another day of fantastic riding on 2 lane scenic roads. I try so hard to savor those moments because I know I will miss them so much as I get back to the flatlands. 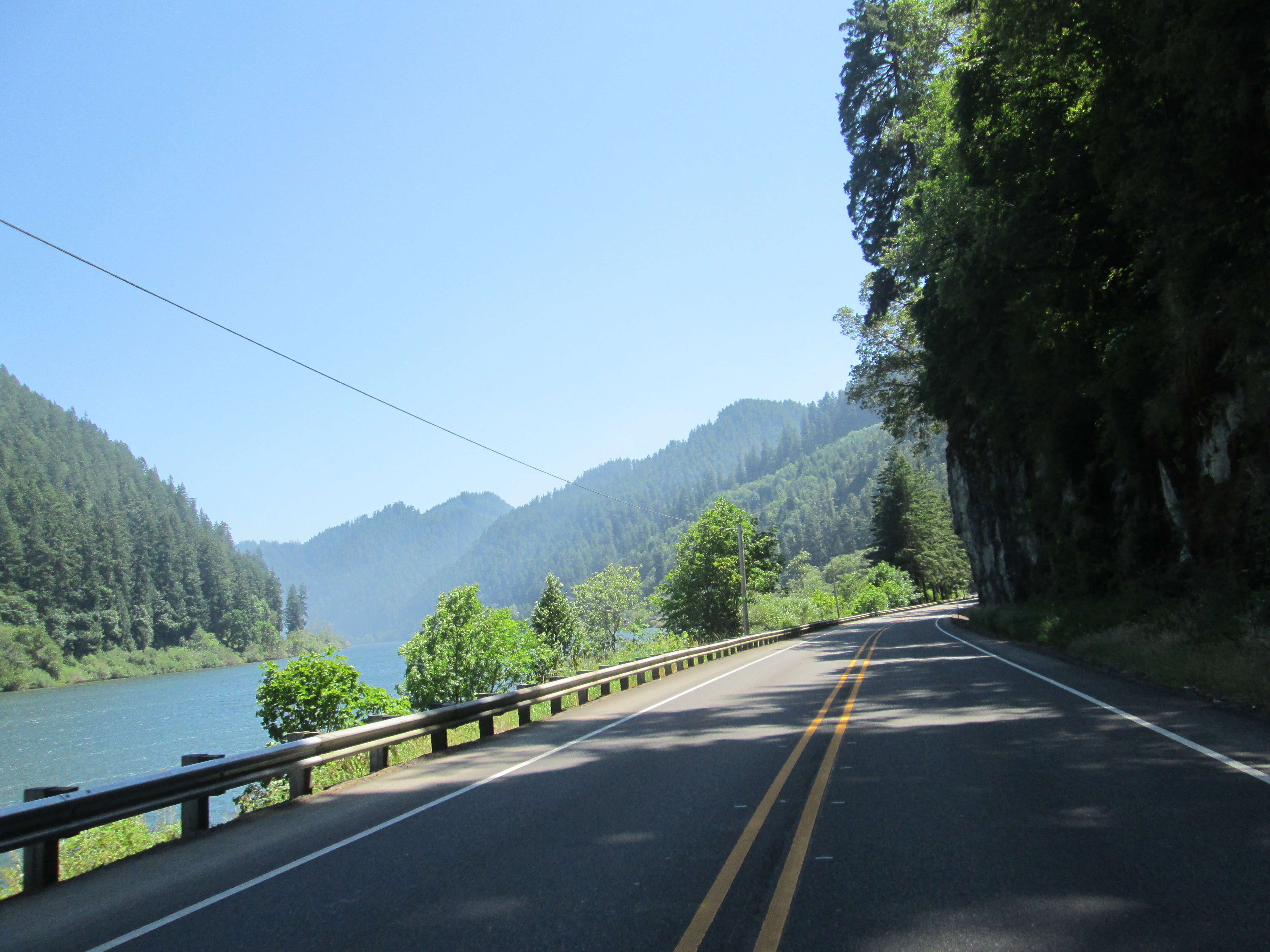 After a short 300 mile day I had arrived. I only waited until the last hour to line up where I was staying but it worked out just like it always does. 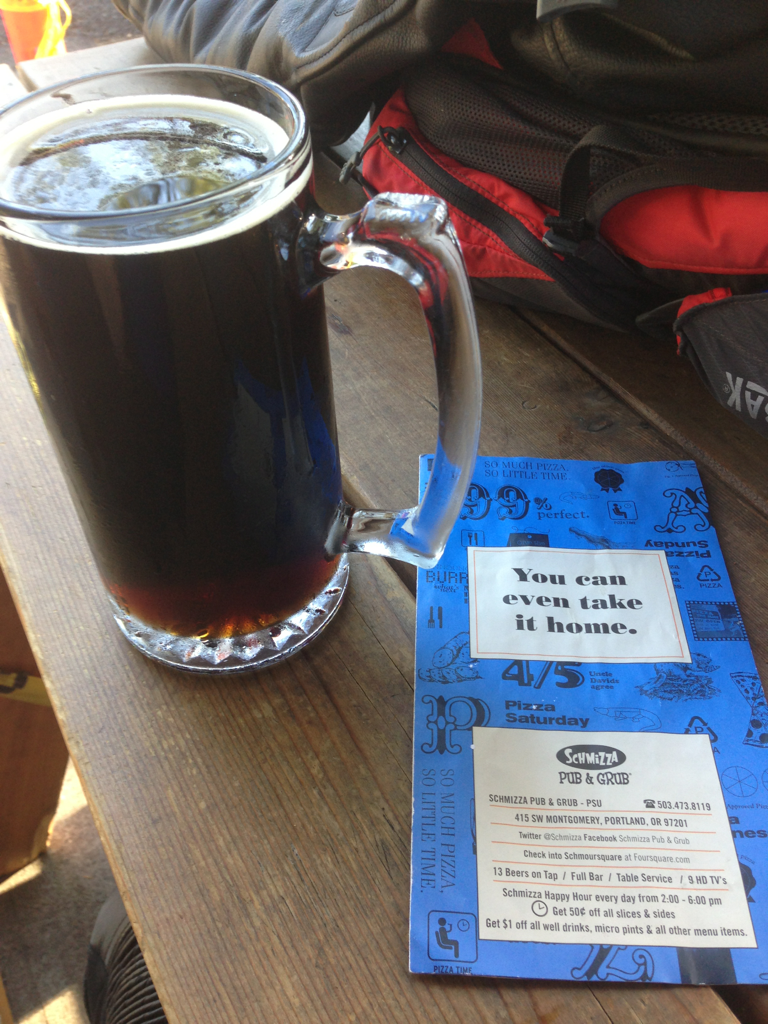 I had the best Airbnb experience of the entire trip in Portland. Karen was the most gracious, knowledgeable, and hospitable host I have encountered over the last two months. I really can’t thank her enough for everything. It amazes me how I went from having no place to stay to meeting someone I can truly call a friend in the span of 2 hours. She also had two cat’s which kept me company. I miss my little guy. 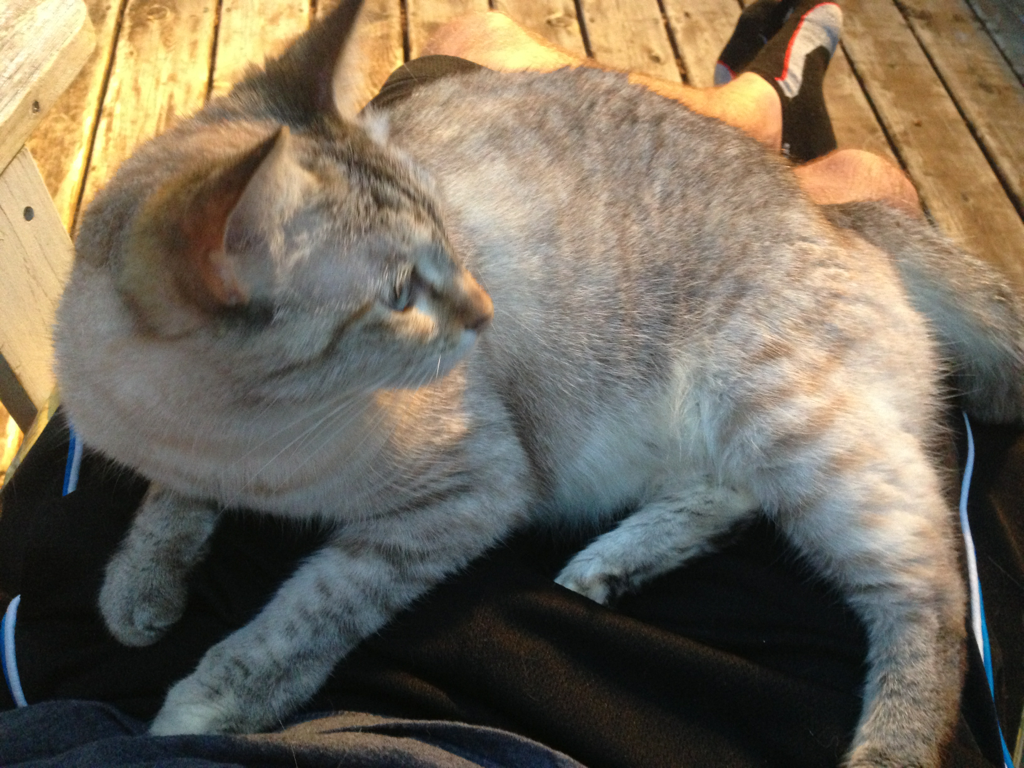 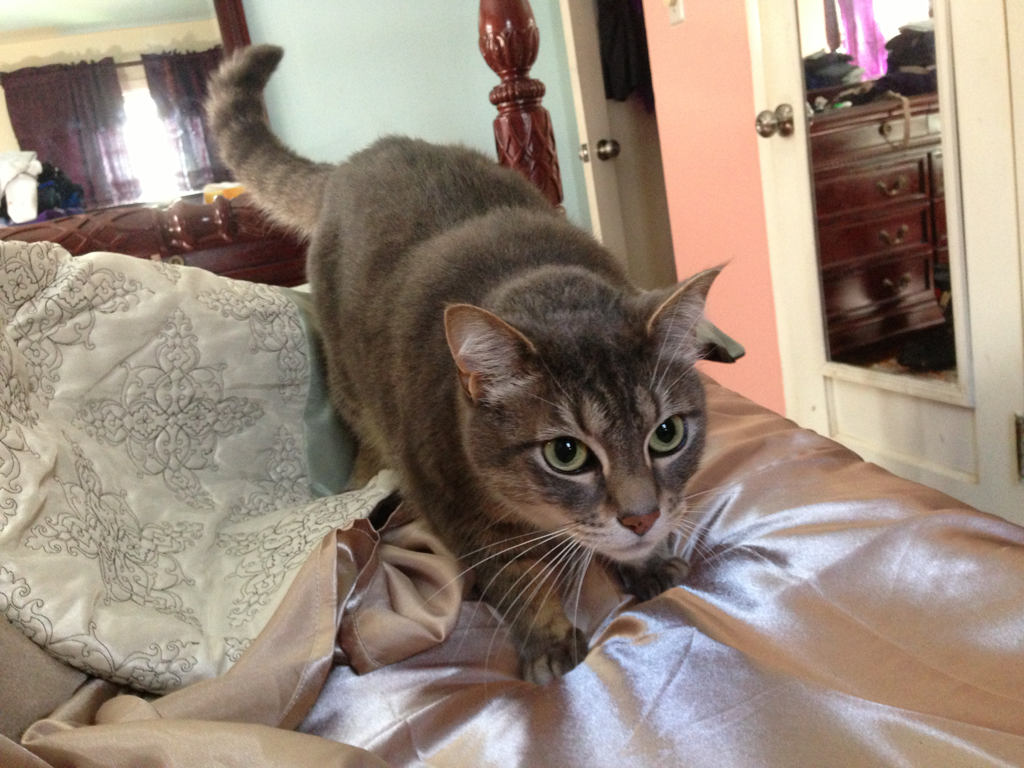 The next day I saw some of the sights and headed off toward Seattle. I will be coming back to Portland to spend more time. It really was a great place and I’m looking forward to exploring it again in the future. 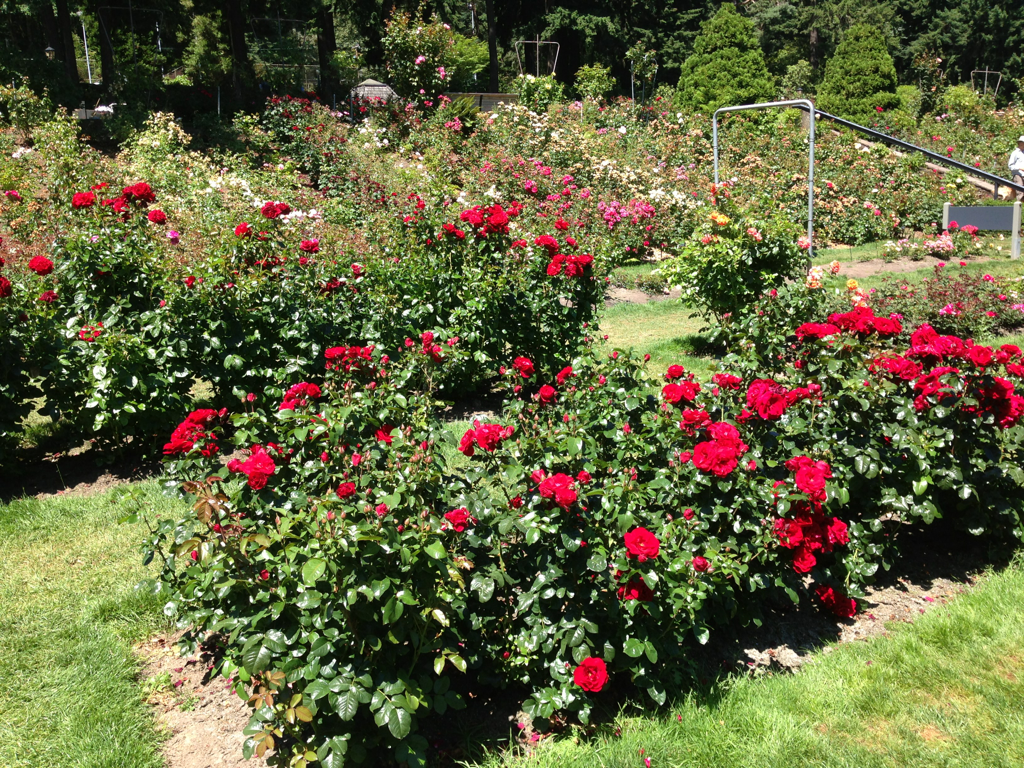 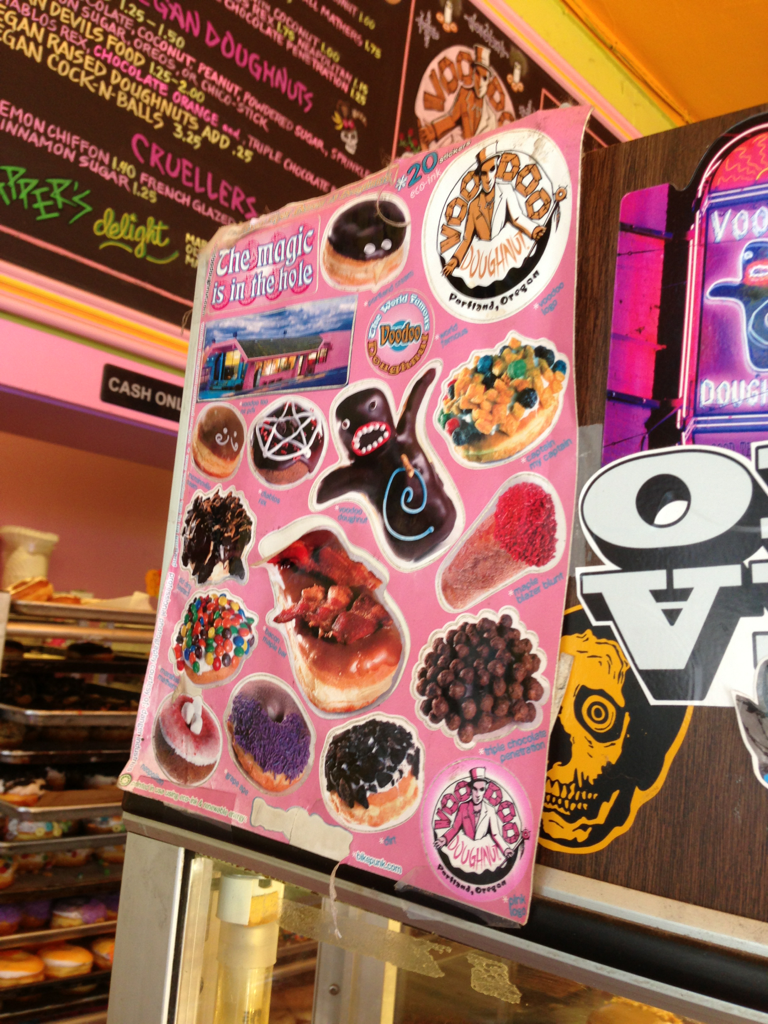 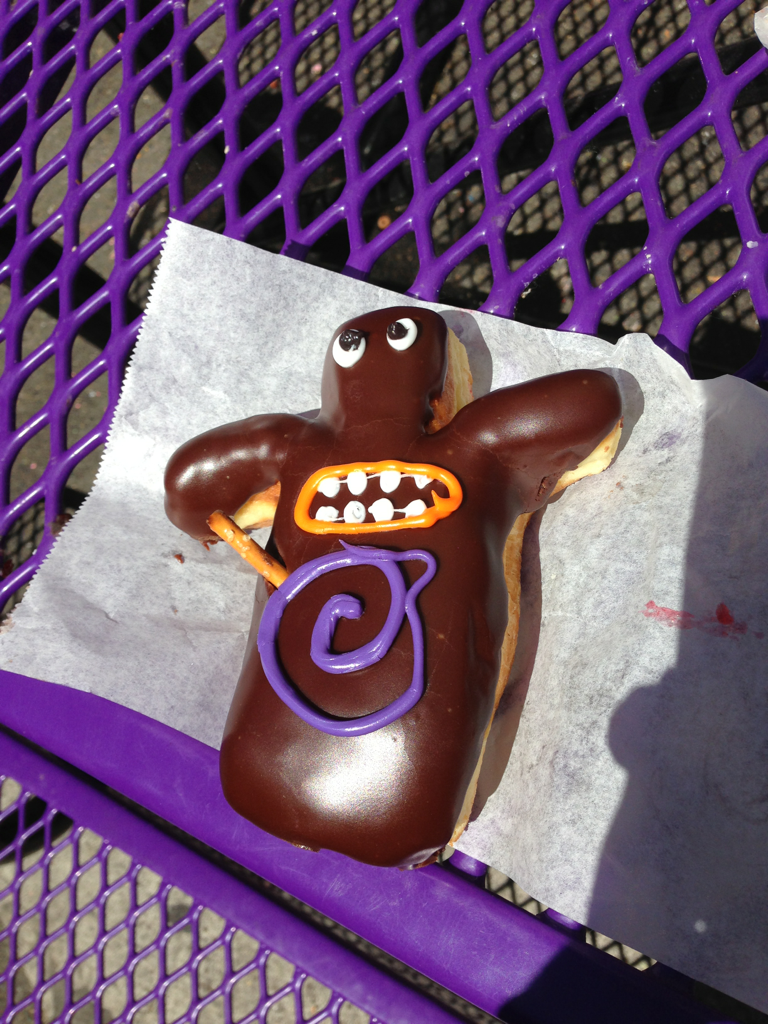 Another day in riding paradise as I headed to northern Washington. 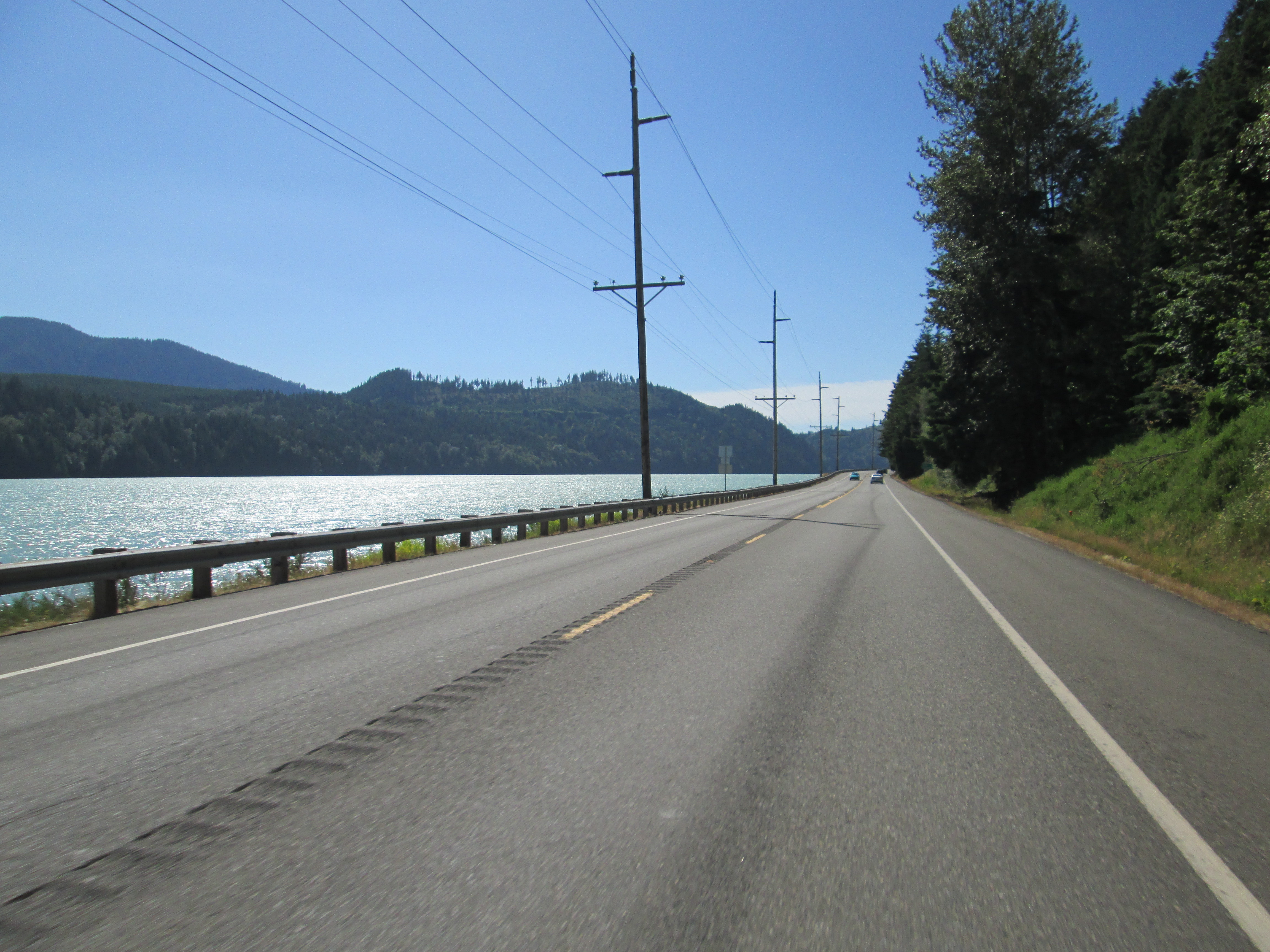 While traversing the beauty that is Mt. Rainier my right foot slipped off the peg. I paid no attention until I couldn’t seem to located my peg after that. I look down and saw that it had flipped itself upside down and was pretty loose. Nothing like a little roadside maintenance. Good thing I was prepared. 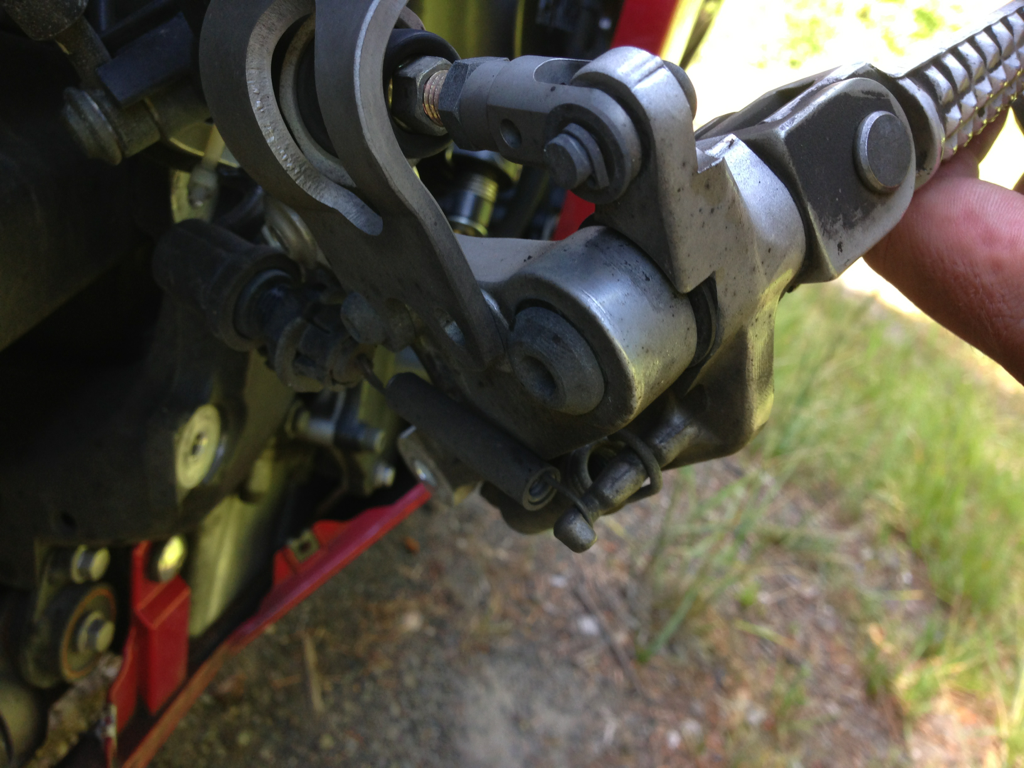 And off I went. 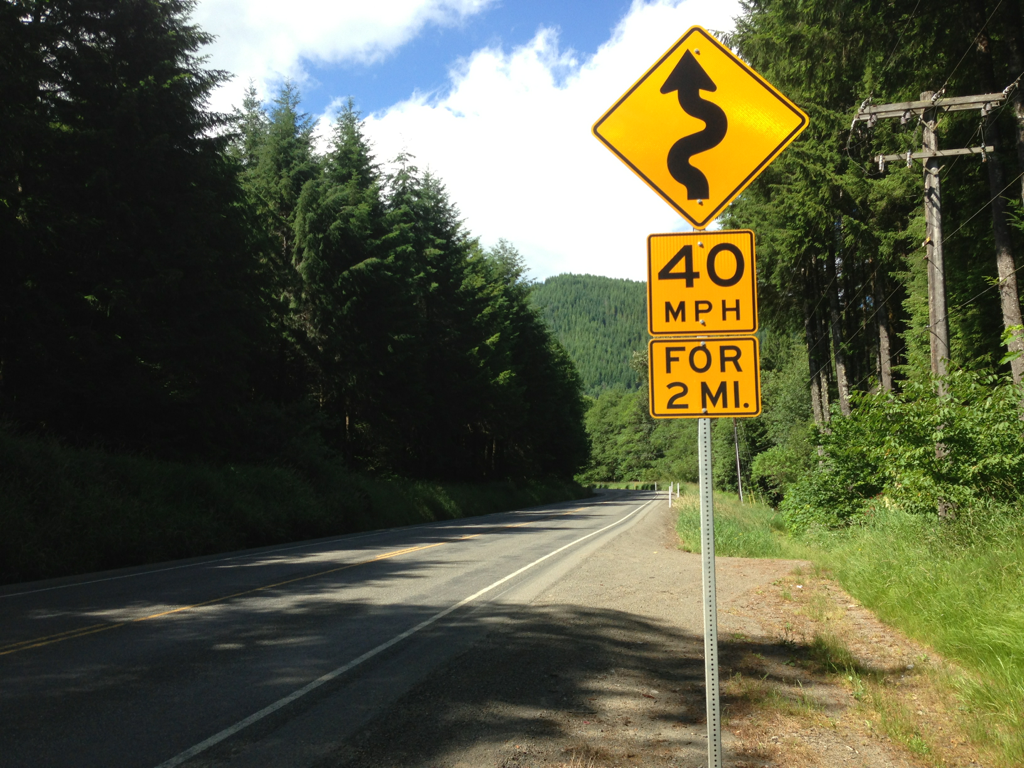 After some spirited riding I arrived in Seattle right on time. 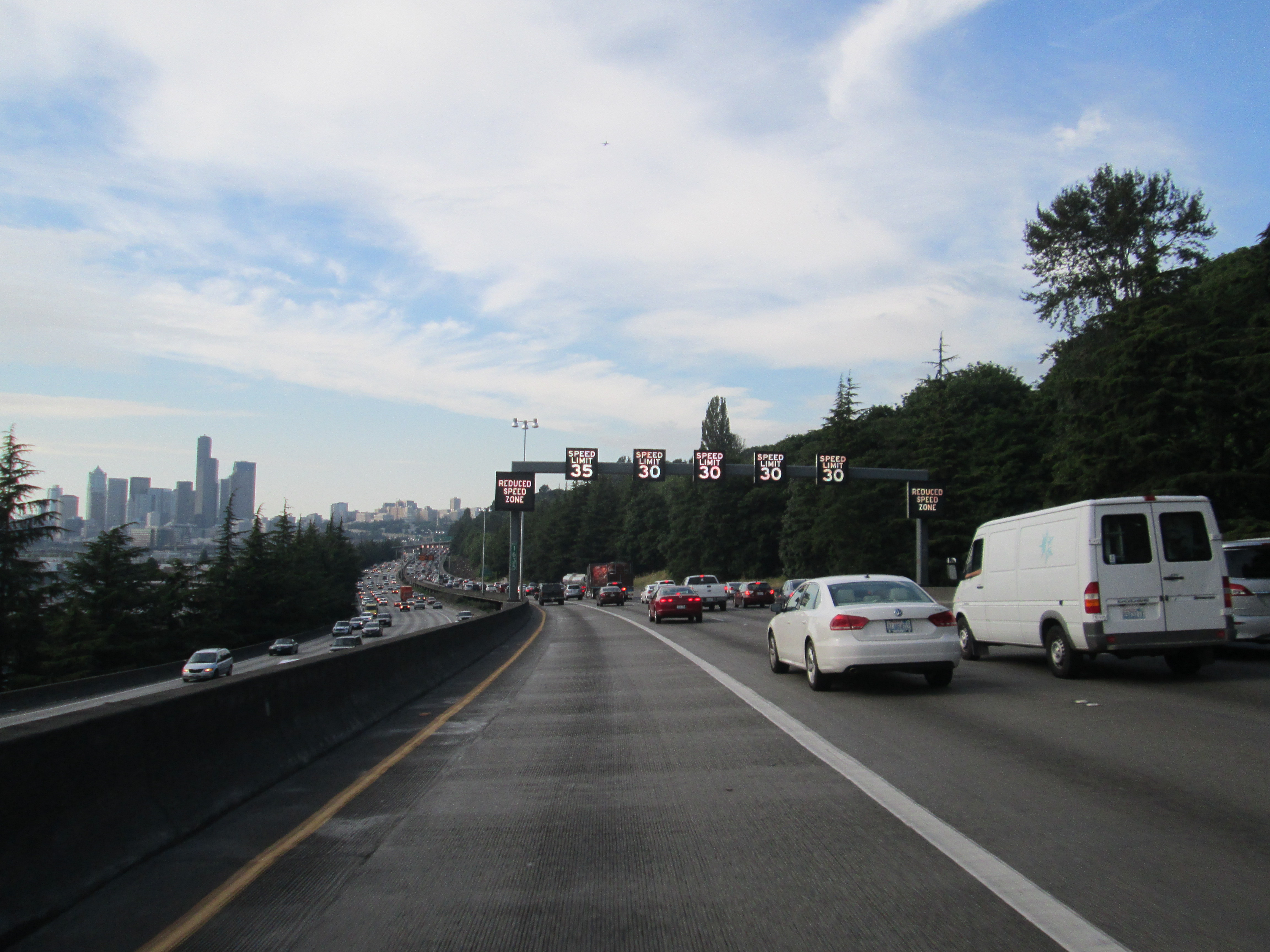 Big thank you’s to my friend Michael for showing me a great dinner spot. I pulled up and was greeted by the Moto3 replay. Awesome biker bar. Thank you also to my host for the evening Mr. Rick Lesley. 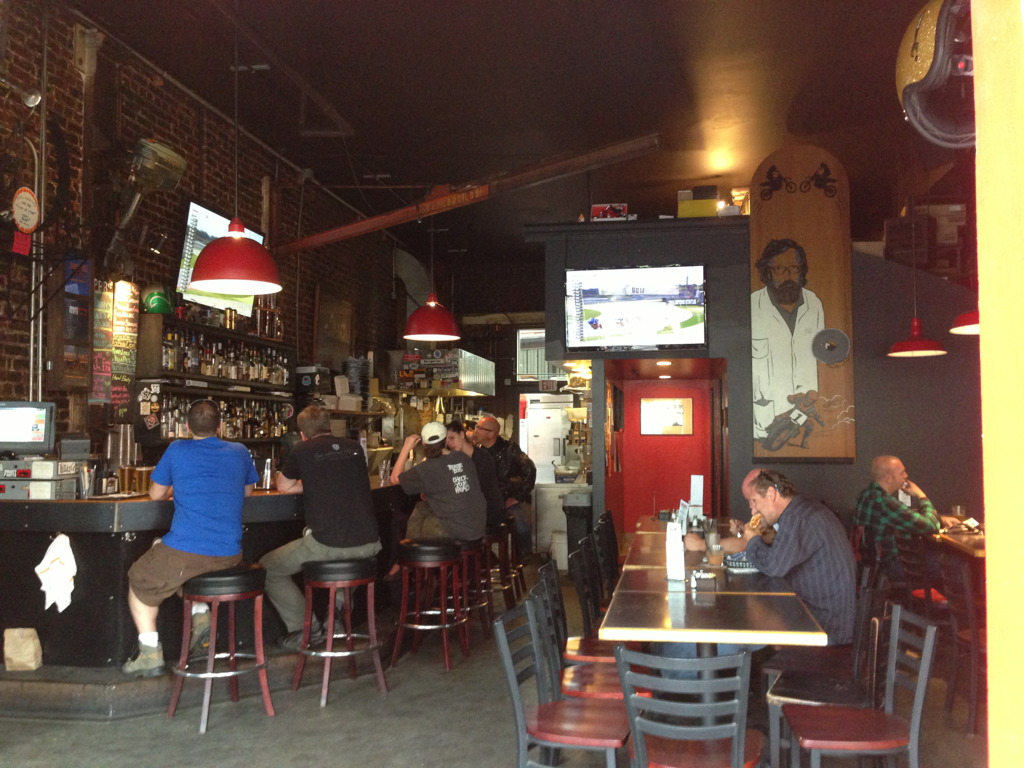 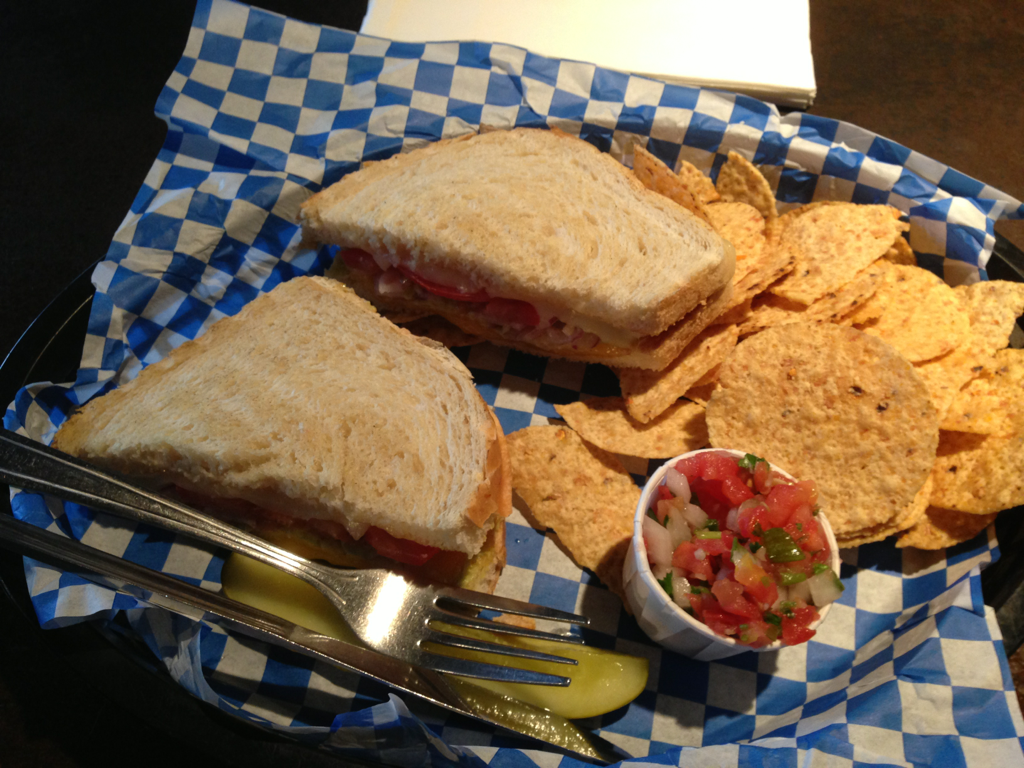 The next day I did some exploring of Seattle. This wouldn’t have been possible without a legitimate Mom and Pop breakfast. 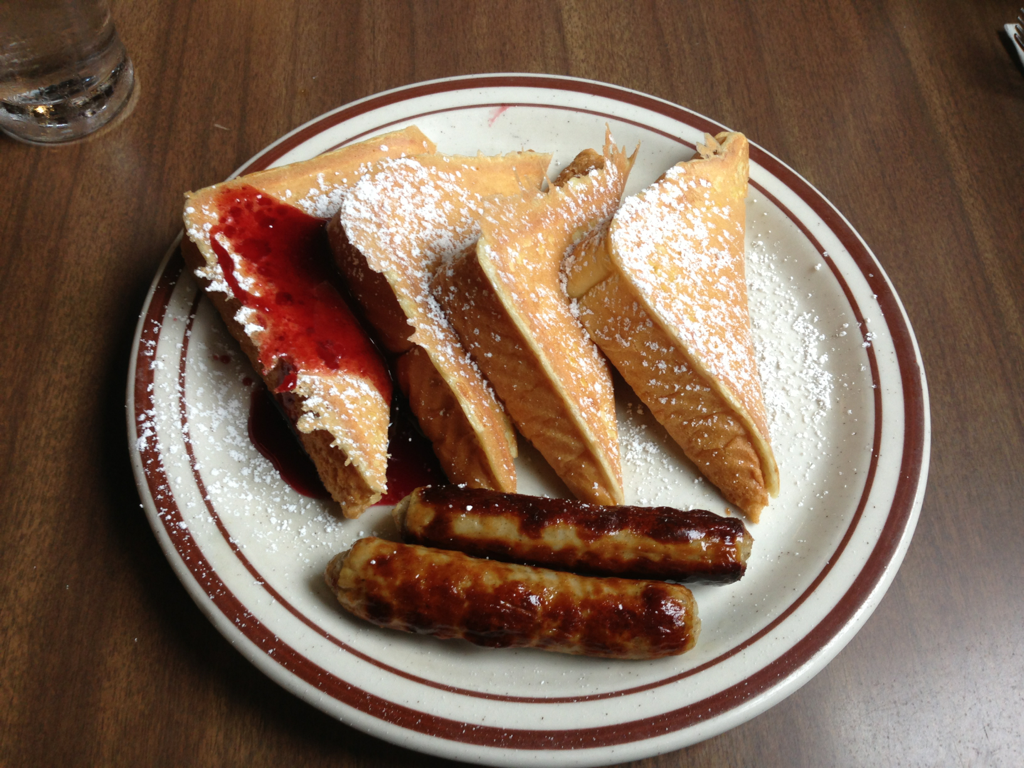 I’ll upload those pictures later this weekend since I’m still charging my camera. It was a nice and sunny day which I hear is a rare thing out there. I hung out on Lake Union for a while before I had the chance to tour Zombie Studios. I’d like to send a big thank you to Jared Gerritzen for taking the time to show me around and take me for lunch! 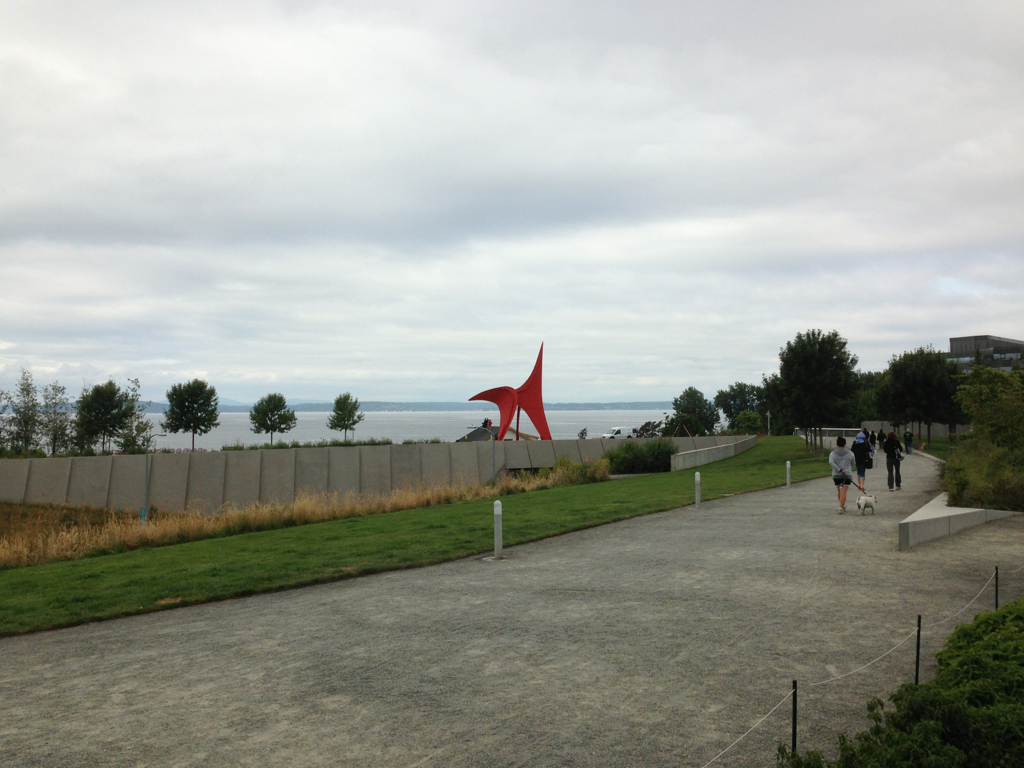 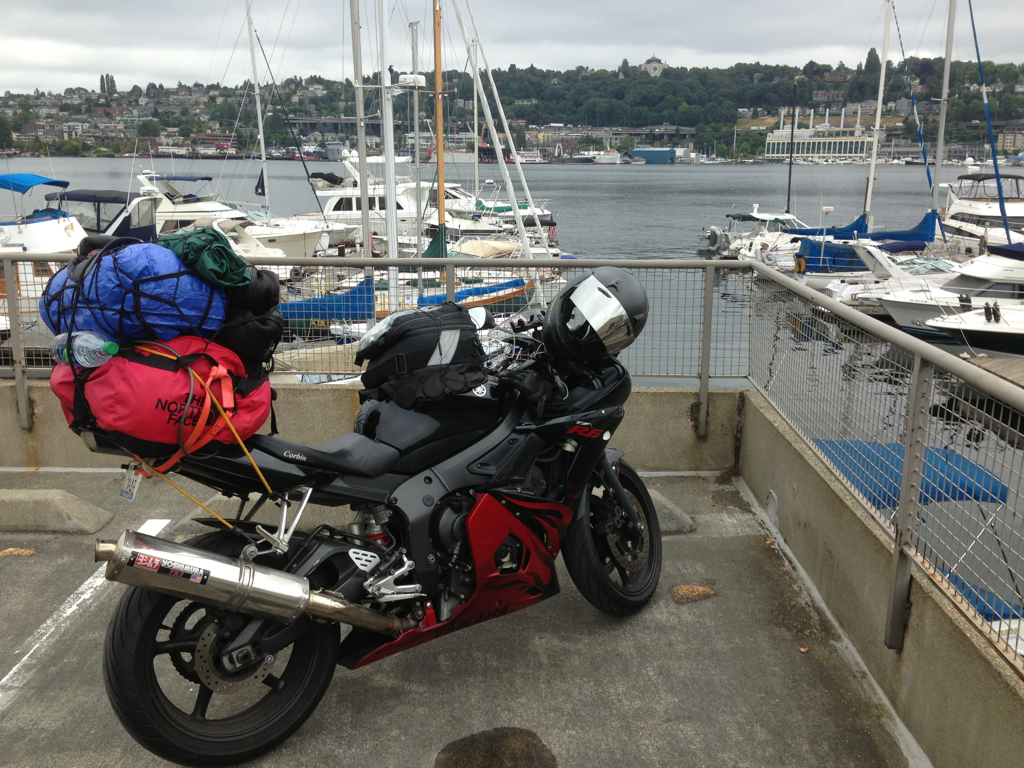 I then embarked toward the great white. When I reached the border I was met with a million questions about why I’m traveling here, how I have afforded this trip, what I used to do for work, and so on and so forth. Once I left the red, white, and blue, I was met with no cellphone service, speeds in km/h, and distances in meters. I also realized I only had America funny money. I hope my cell phone bill isn’t too large from the roaming I needed to use for the GPS. I should probably figure out how to change my speedometer to km/h. My friend’s Marc and Tegan then took me out for some drinks and dinner which eventually made me fall asleep with the company of this little guy. Vancouver is a beautiful city surrounded by mountains. I’ll write more about it as I stay here the next few days. 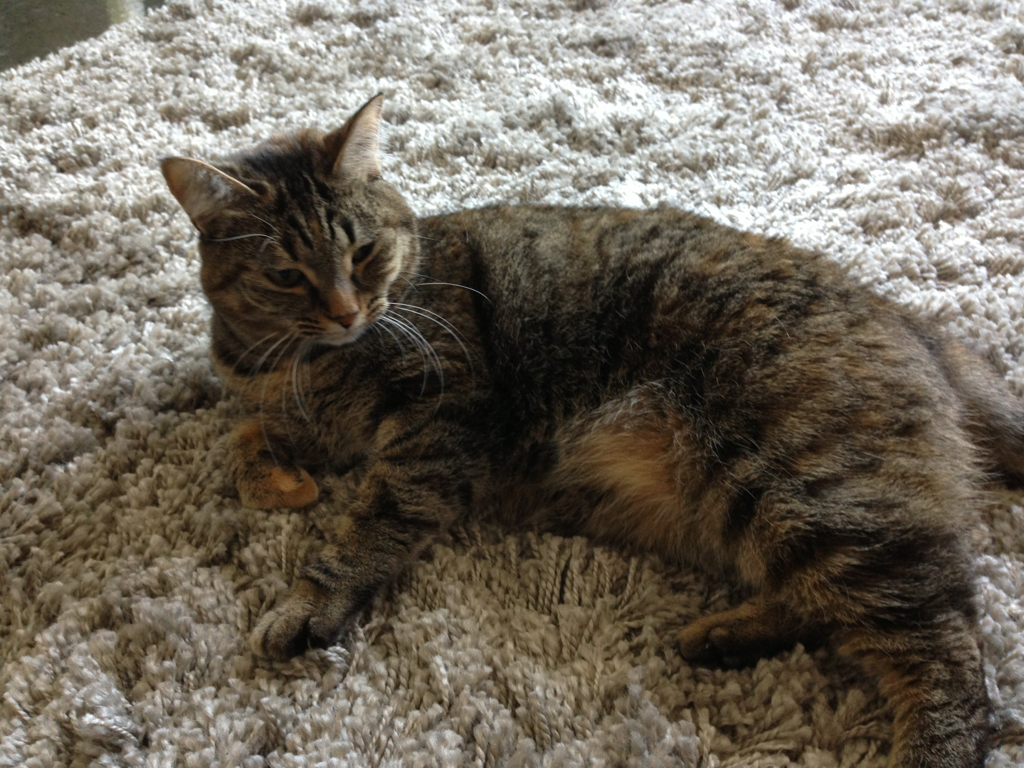 edit: I’ll proofread this later. I need to go to Tim Horton’s.