Before I go into detail about what I’ve been up to the past few days I want to talk about something. I applied for over 30 jobs while in the state of California. I have dreamed about living here for quite a long time and I was honestly sad today when I departed John’s house. Legitimately sad. During my 375 mile day with much “No Service” (a.k.a. no music) I had a good amount of time to reflect. I realized that while I love California as a whole (south and north) without completing this trip I would be in a situation where I didn’t actually know what else was out there. I was hopeful of lining something up during my 3 weeks here, flying home to pack my car up and drive west. Now that I think about it that really is a pipe dream. I don’t think it’s very common to get a job you want that quickly. We press on.

John and Nick took me out to some very scenic areas on the 4th and even with the fog the scenes are unbelievable. A common theme of this trip has been food and considering it was America day, John fired up the grill. 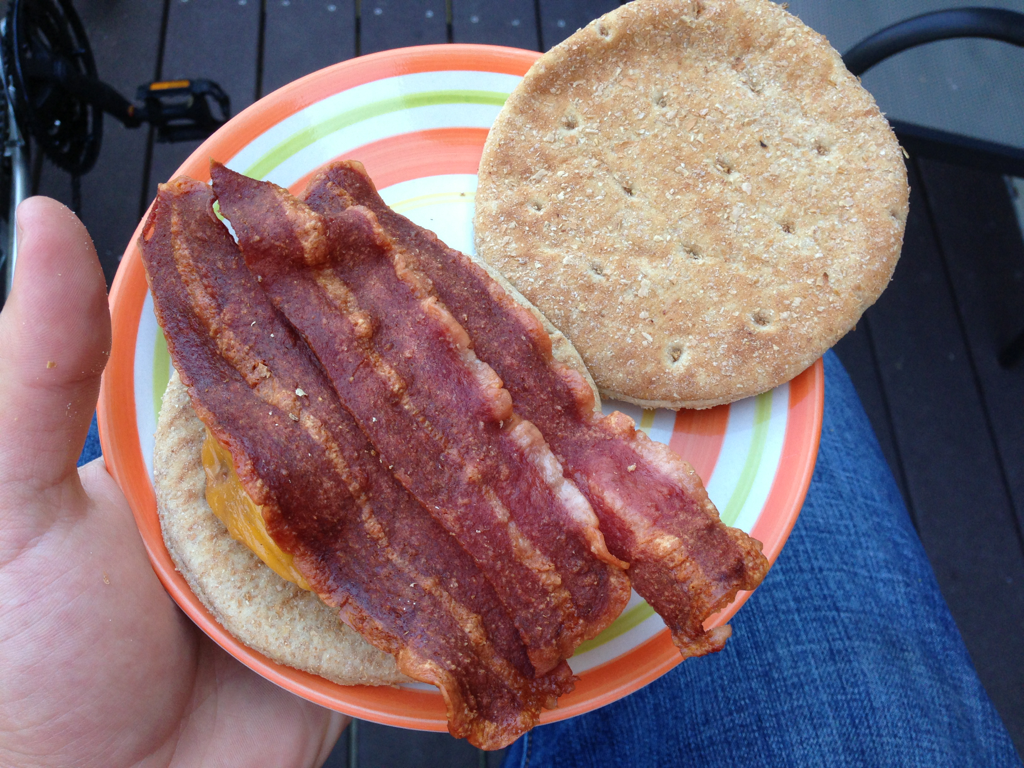 Turkey burgers and turkey bacon and italian sausage and so much that it wasn’t even possible for 4 people to finish. After a short walk we were right on the bay and watched both San Francisco and Oakland’s fireworks.

The next day John and Adah took me down into the city. I was fortunate enough to visit the Twitch.tv office and what an impressive operation they have there. A super solid work environment… one I can only dream of working in someday. 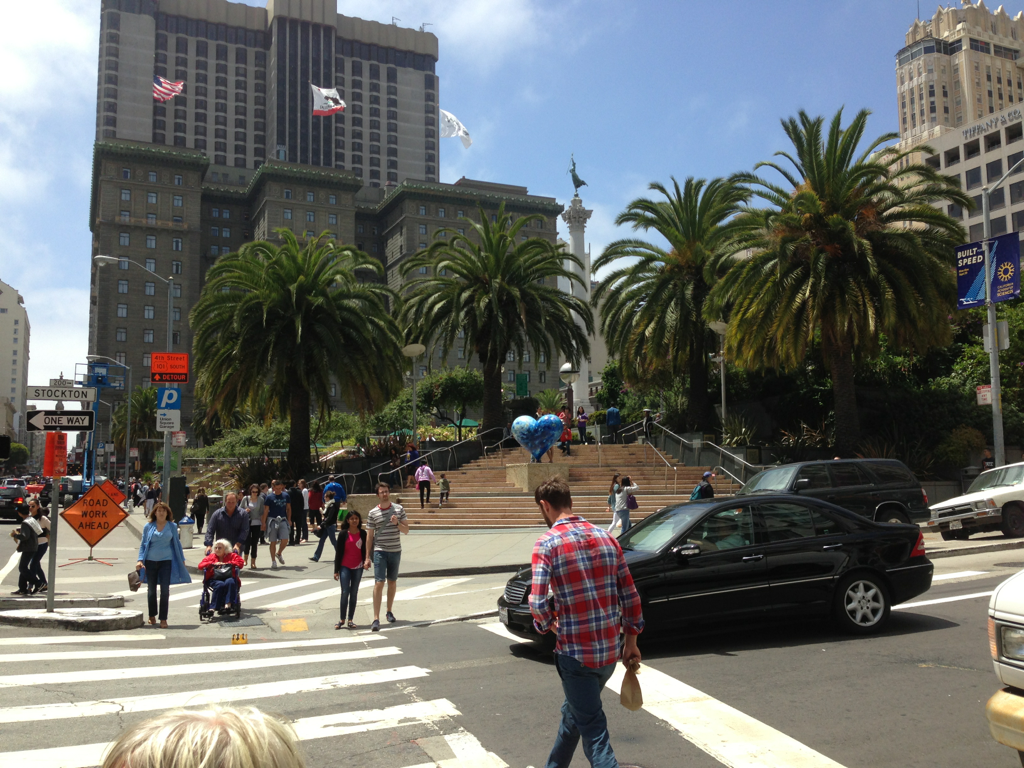 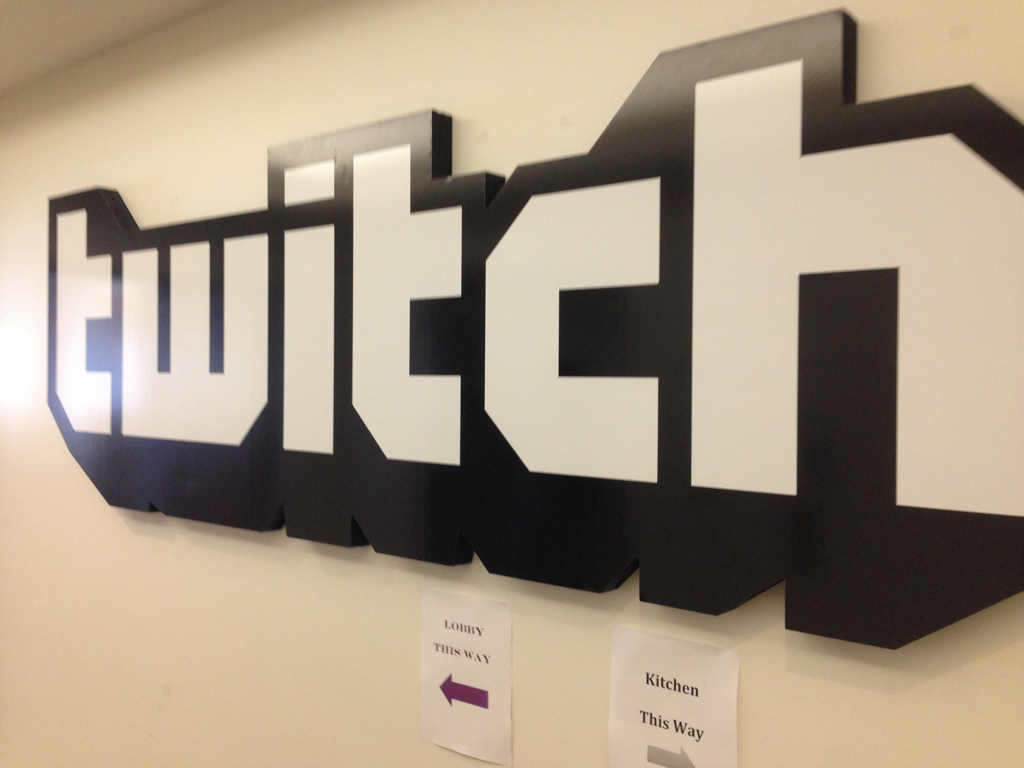 I have a confession to make. I never learned how to eat with chopsticks. I was taken to a place known for their Ramen and my worry began to set in. My first thought was, “how on earth can a place be known for their Ramen?” Most people immediately default to thinking ‘the cheapest food known to man that comes in a little bag or bowl.’ I now understand that it is actually an extremely tasty meal when made correctly. That meal still holds one of the top spots for best food I’ve had this entire trip. And to top it off, I learned how to use chopsticks and ate my noodles like emperor himself. 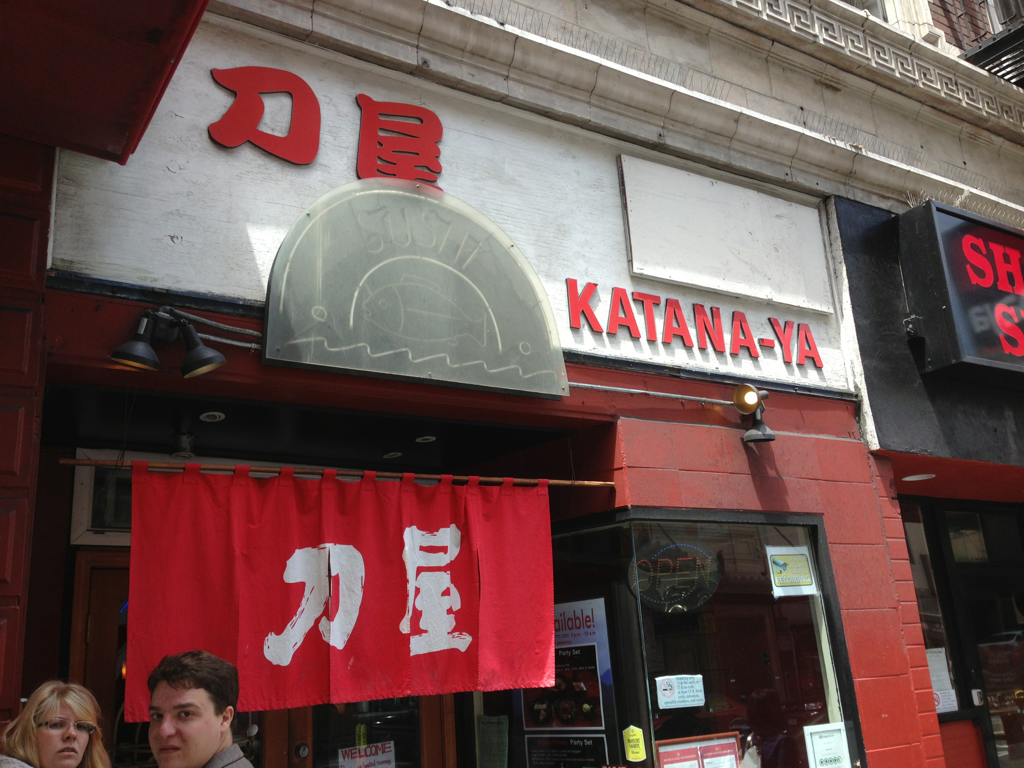 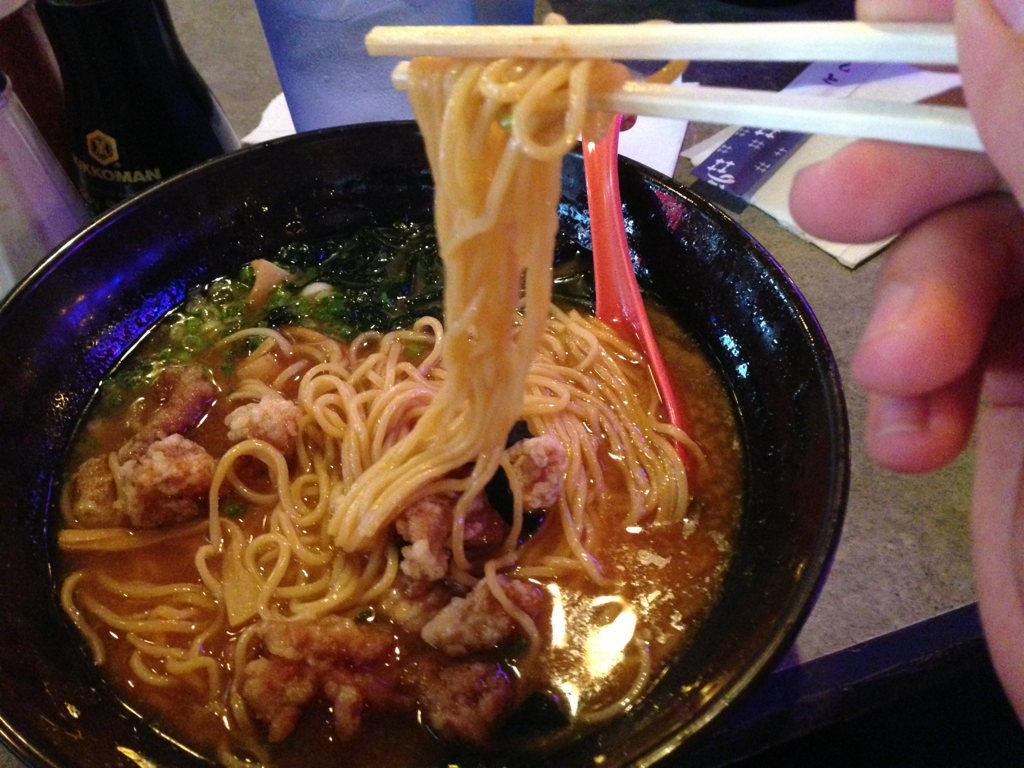 After that they took me down to Fisherman’s Wharf. We had an intense game of bubble hockey (look it up if you don’t know what it is. It’s like foosball but with hockey and also intense as hell.) and then celebrated with a bucket of doughnuts that came straight out of the fryer. As I’m writing this I realize how badly I need to go back to the gym. Come on now… how often do I ride my motorcycle to San Francisco though?! 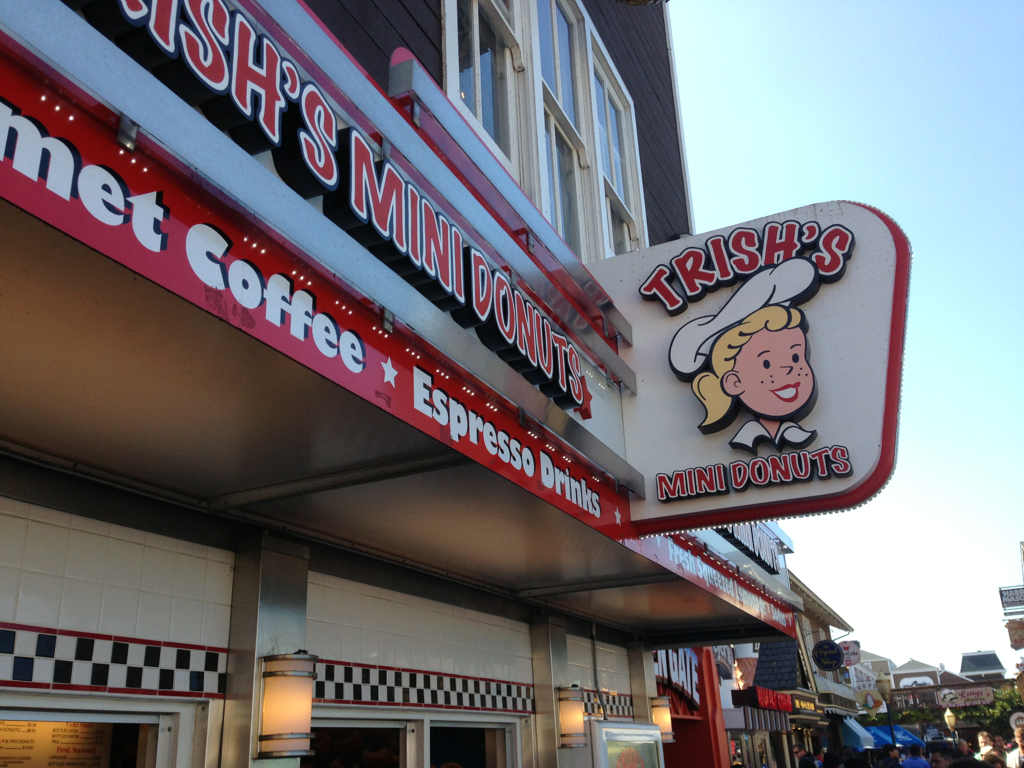 While we’re on the topic of food, here are some of the other great meals I enjoyed. 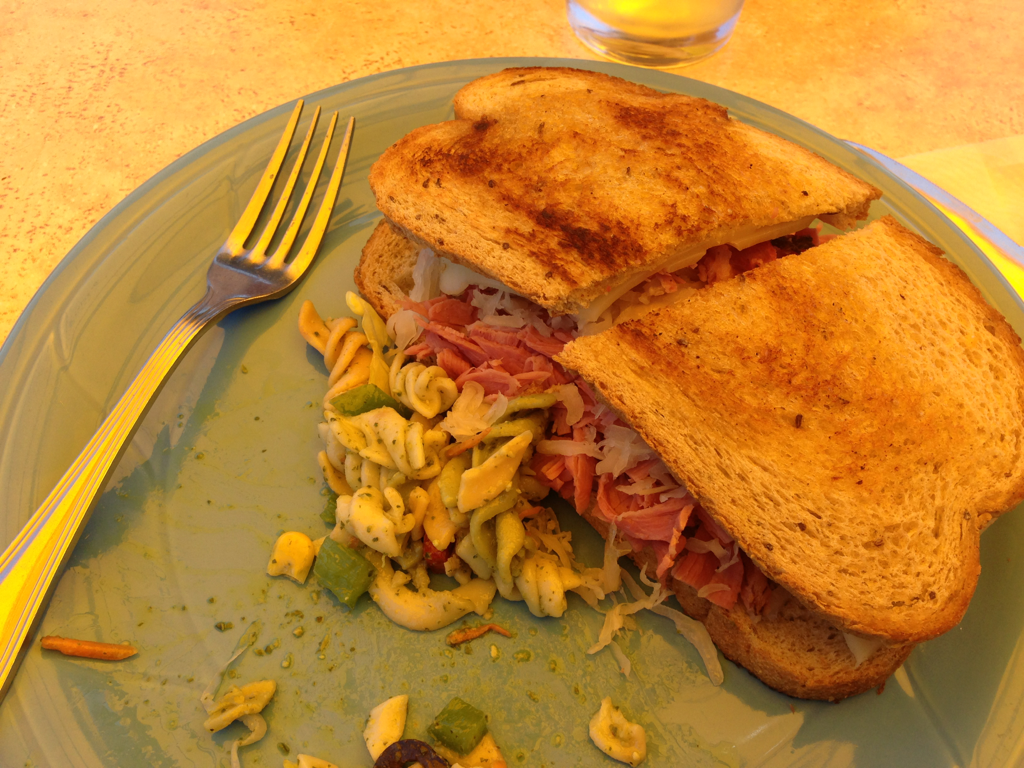 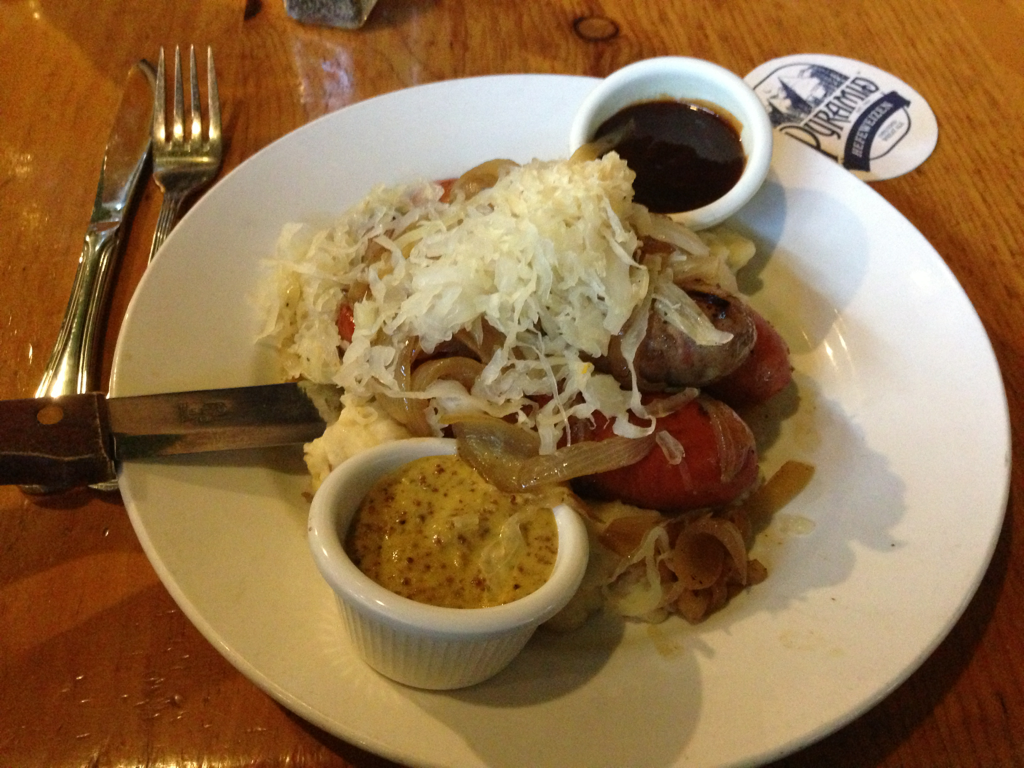 The following day John, Nick, and myself went to Pyramid Alehouse. I enjoyed many of their beers on the 4th and it was amazing to see how they actually operate. Fantastic food and great beverages. 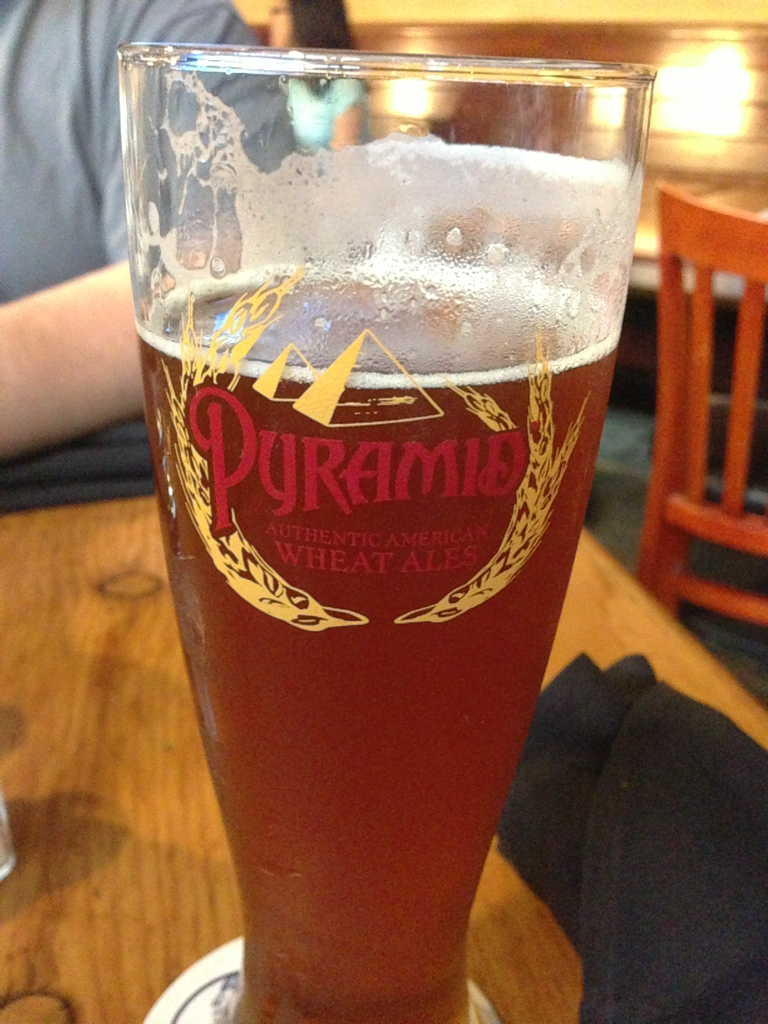 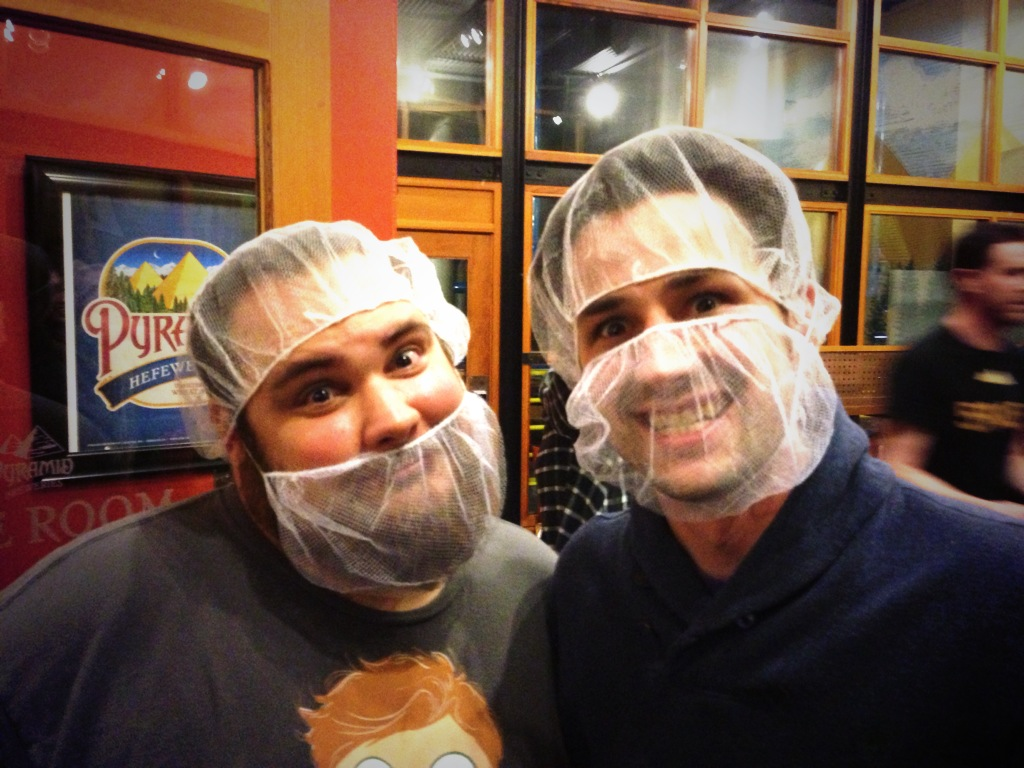 My last day John and Adah took me to Point Richmond which is very close to their place. A recurring theme about my west coast companions is that they have so much amazing geography and landscapes so close. I can see why this is any outdoor enthusiasts coast of choice.

I’m mad that I didn’t take a picture of my best friend, Chloe (John and Adah’s dog). She was easily the best behaved dog I have ever encountered.

My tethering is a bit sketchy here at the campsite so I’m not even going to attempt to upload photos from my digital camera but today could be summed up as drastic temperature changes. I went between valley and coast all day. Temperatures fluctuated 28 degrees but I wouldn’t doubt if it was more than that. Redwood Highway was an absolute treat to ride. Besides the fact that the trees are enormous I can’t get over how old some of them really are.

I arrived at the campground around 5PM. I need to plan my days similar to today. It is nice to arrive and relax instead of arrive, pass out, and start the next day. Camp got set up quick since I’m obviously a professional now and then came the task of acquiring firewood. I could have hoisted many logs on my big strong shoulders but I was feeling a bit lazy. Behold, motorcycle firewood delivery. 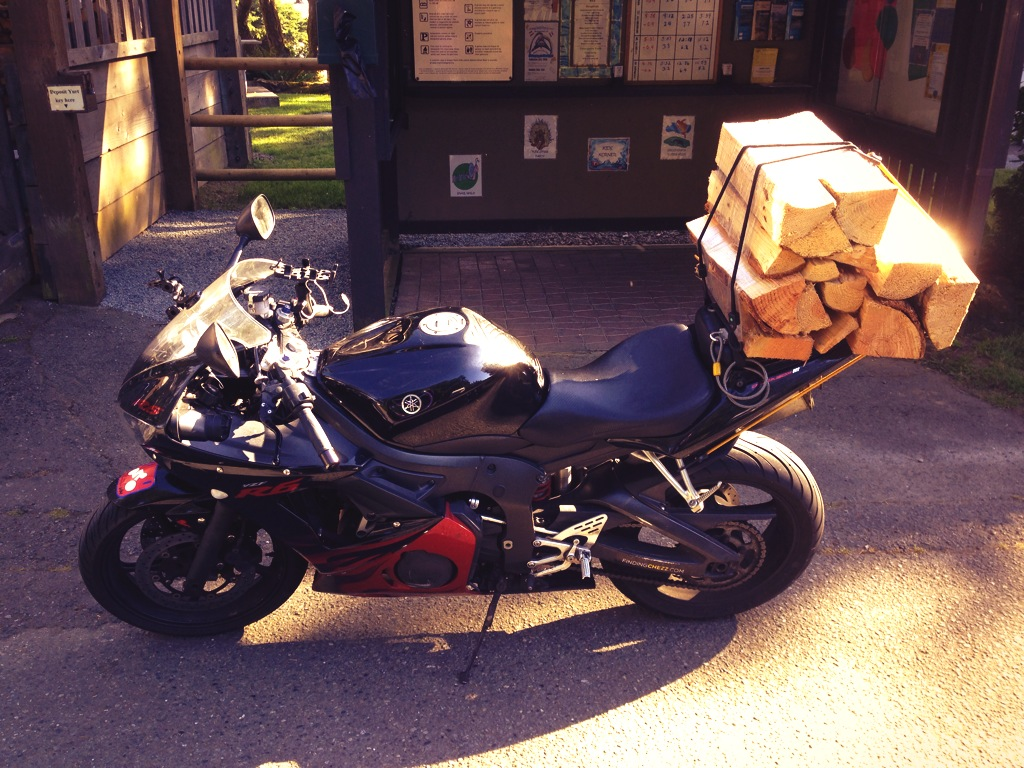 After getting everything all setup I was almost at a loss about what to do. I’m so used to having to get things completed because before you know it I fall asleep. With all this extra time I decided to hop into my tent and just relax. Thirty minutes of blissful sleep later I awoke to this. I really do enjoy camping and appreciate the fact that at any moment on this trip I have an entire campsite on my backseat. 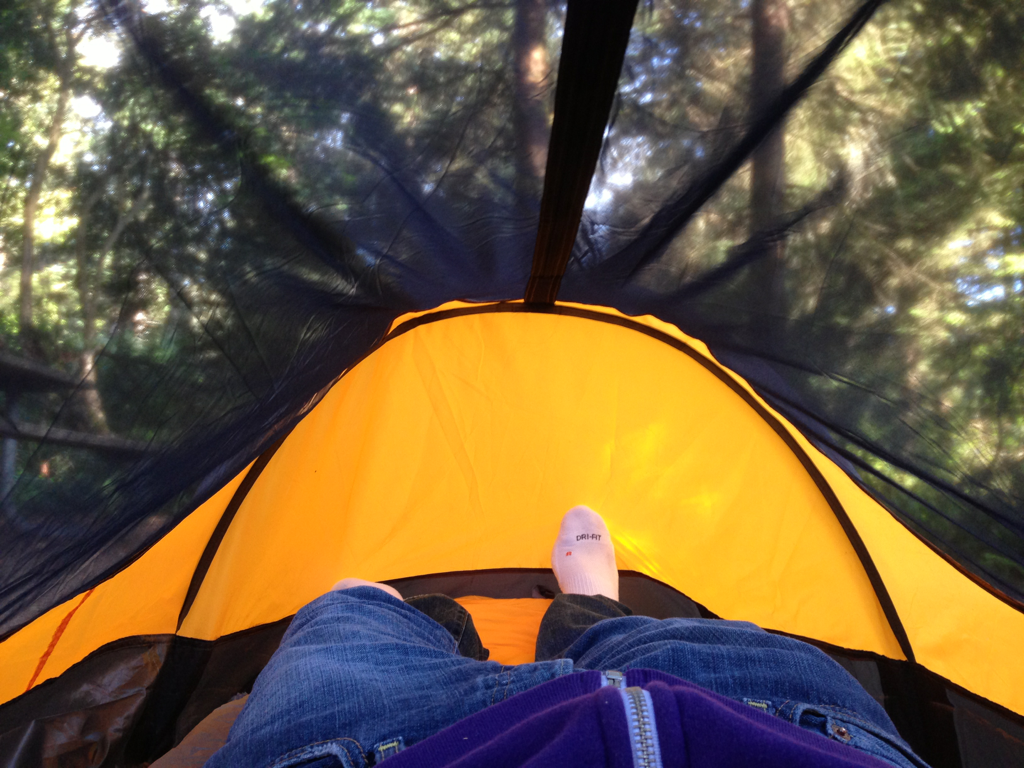 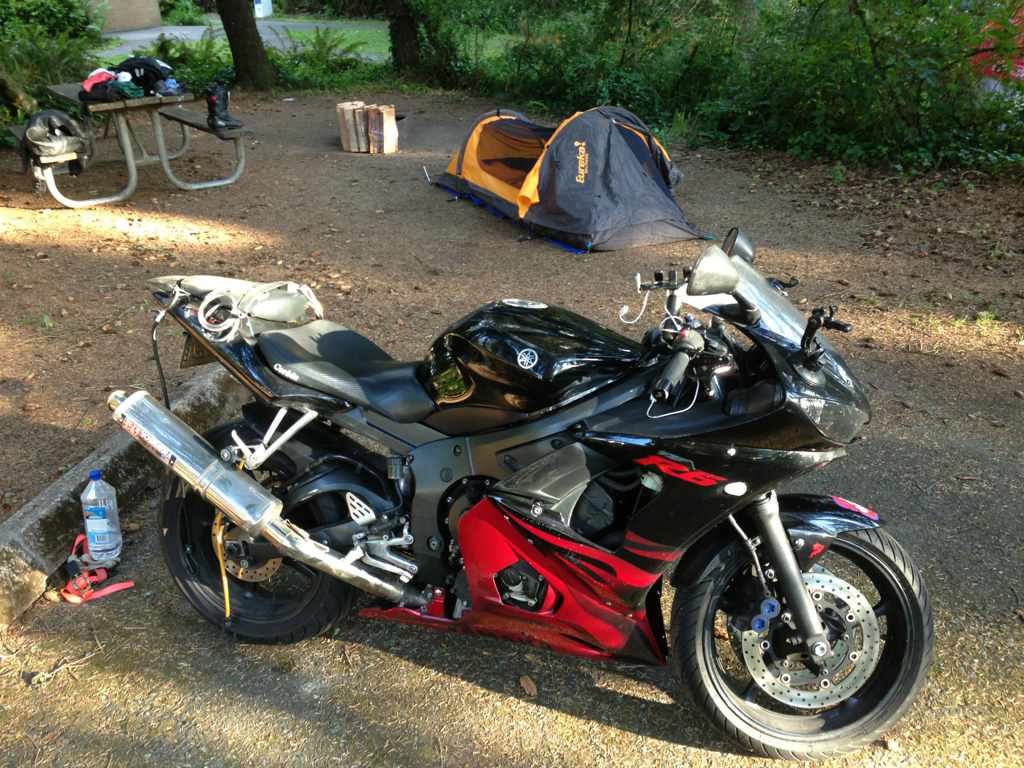 I really can’t thank John, Adah, and Nick enough for their generosity and hospitality. Seriously, thank you so much. Everyone really is making this my trip of a lifetime.

It’s almost 9PM here and there is still plenty of light but I better start burning these logs. I don’t have anyone to stay with from here until Vancouver so I guess I’ll do what I always do… wing it.

EDIT: It only took me 30 minutes but I started the fire myself. I am a man. 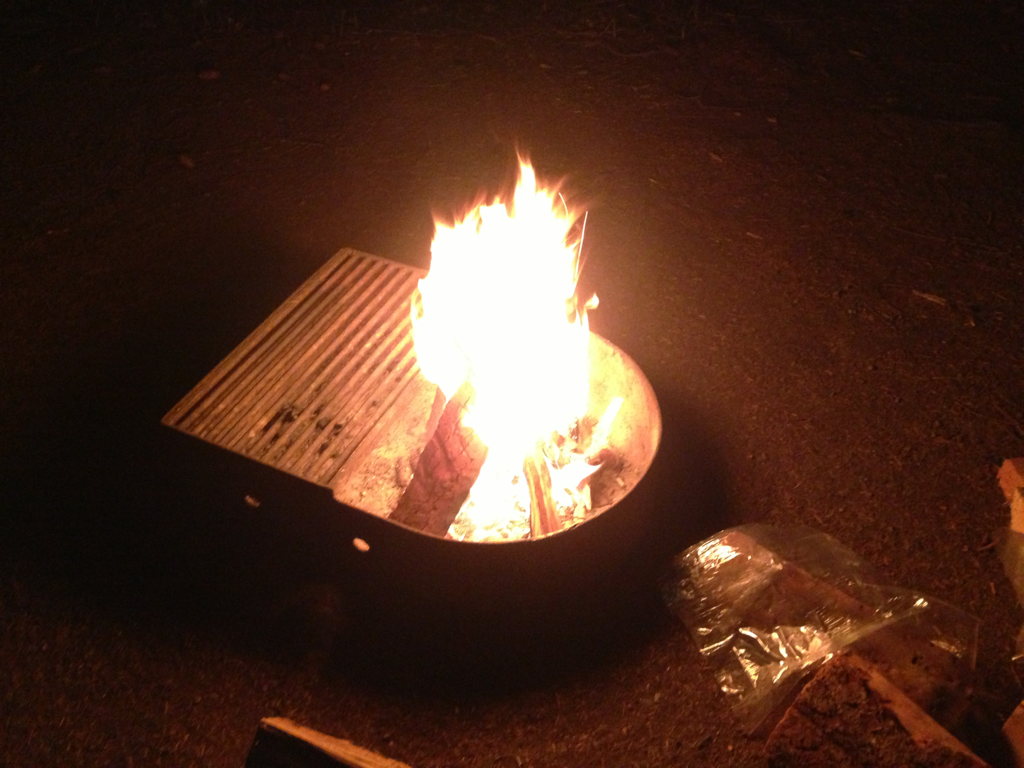