Airbnb has been a great choice for travel so far. Jen and I didn’t actually meet until this morning but she was very excited about my trip and this website. I’ve had numerous conversations about reducing the camping and increasing the Airbnb stays for the sake of being able to go out on the town and talk with people. I realize I can do that at a camp site but the ability to safely place my gear in a house with a lock and key and adventure around is a nice feeling.

I once again slept in until about 10AM because there is no rush. After two cups of coffee with Jen I packed up and headed out into the sunny but rainy weather. After all, I was in Florida.

Southward I went via backroads. As I’ve said in the previous posts, I highly dislike densely populated areas. 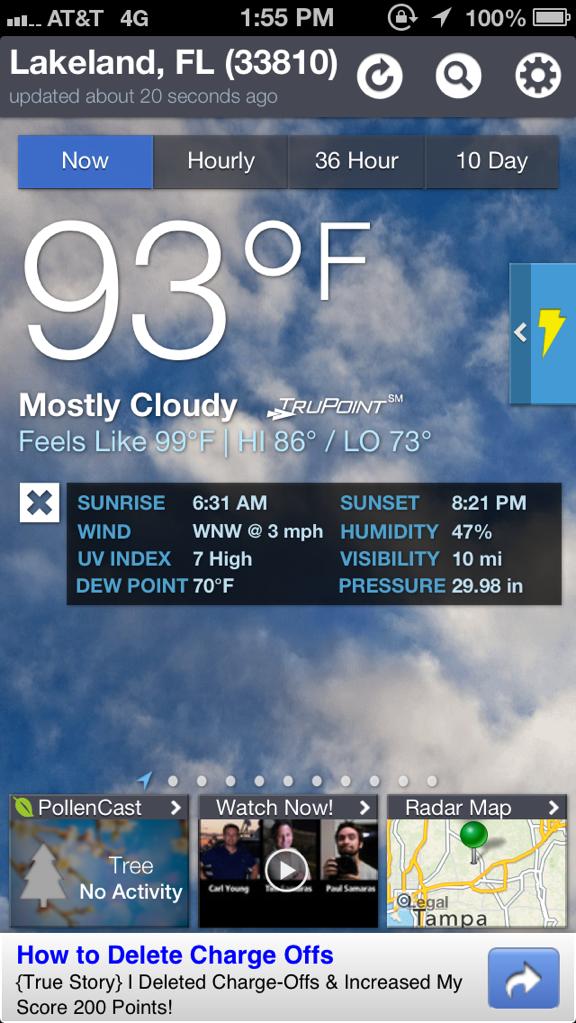 Sitting on a 200+ degree motorcycle at a stoplight for multiple minutes in a full leather kit is not enjoyable. Once I’m out of stop light city I don’t have a complaint in the world. If air is moving around me I am comfortable.

Today’s riding fuel consisted of a banana and these. 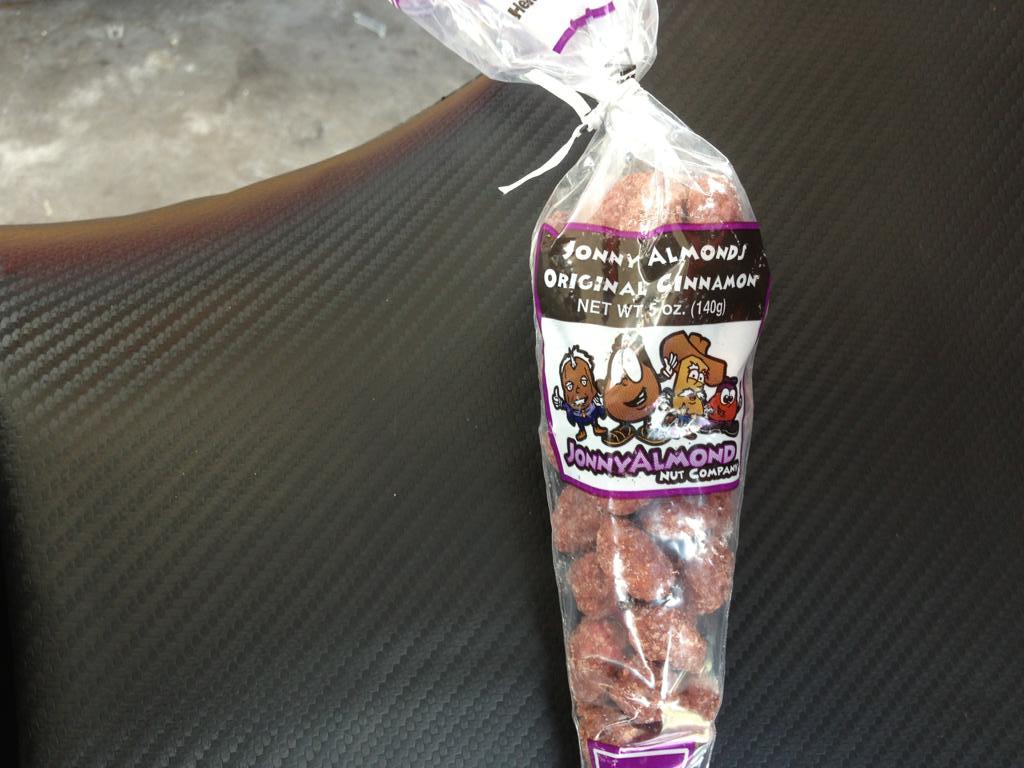 I’m not sure why I didn’t stop for lunch but I pushed all the way to Naples in an effort to have a nice big dinner.

I made an effort to take a picture of my bike in an orange grove but I was met with an onslaught of bugs and unstable ground to put the kickstand on. I did try… but I took off back to the road through the sand and dirt while trying to rid my helmet of all the little flying pests. 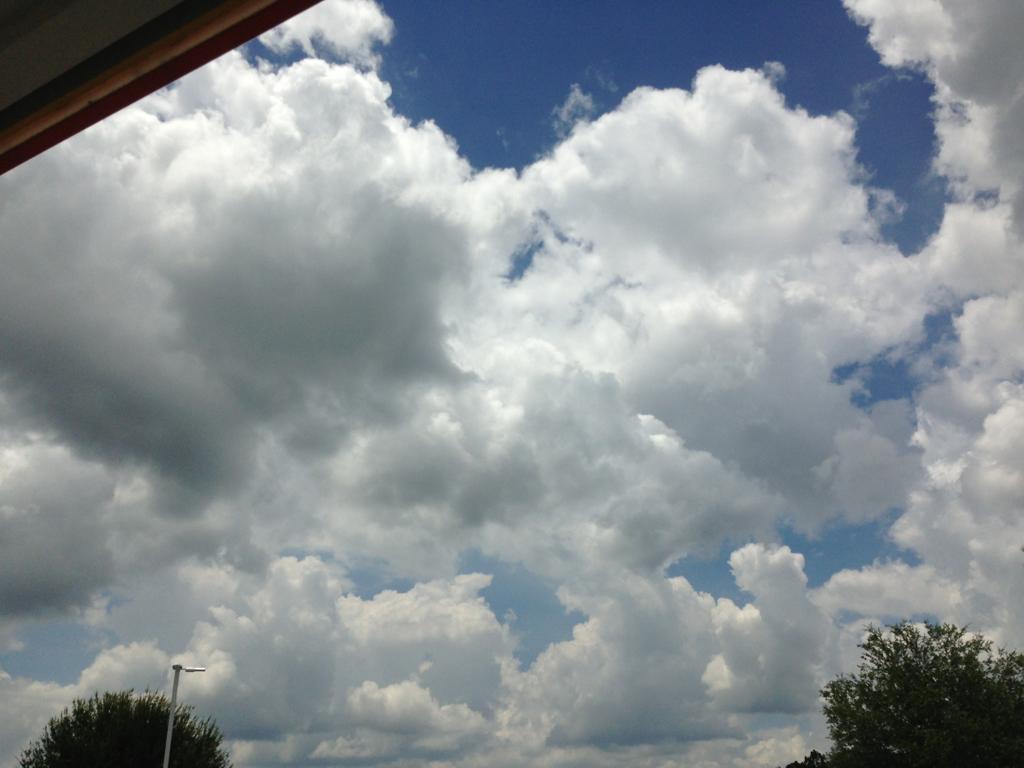 County roads are still my favorite. These are the roads in which I will go 10-20 minutes without seeing any other vehicles. Just me and the road. I know I’m doing this trip correctly when there are points in which I have zero cell phone reception.

I used my bike’s speed capabilities to race around 2 large storm cells. I captured some GoPro footage which I will be reviewing tomorrow before I upload. I think it will provide an interesting perspective because half the frame will show nice blue skies and the other half shows extremely dark storm clouds. 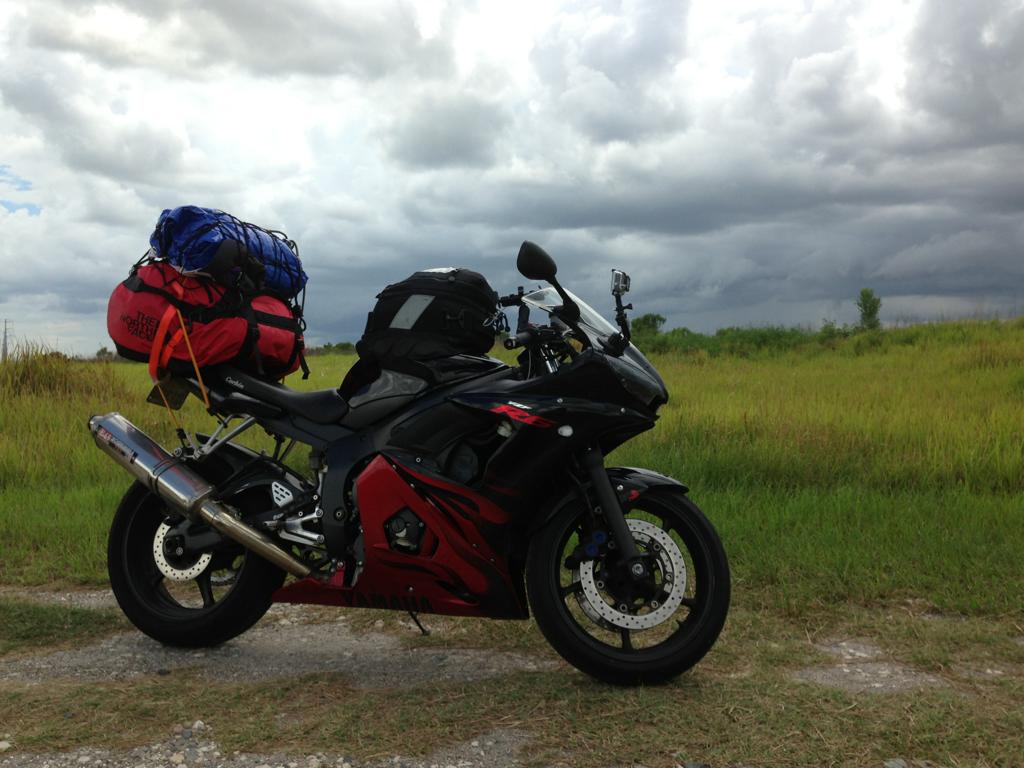 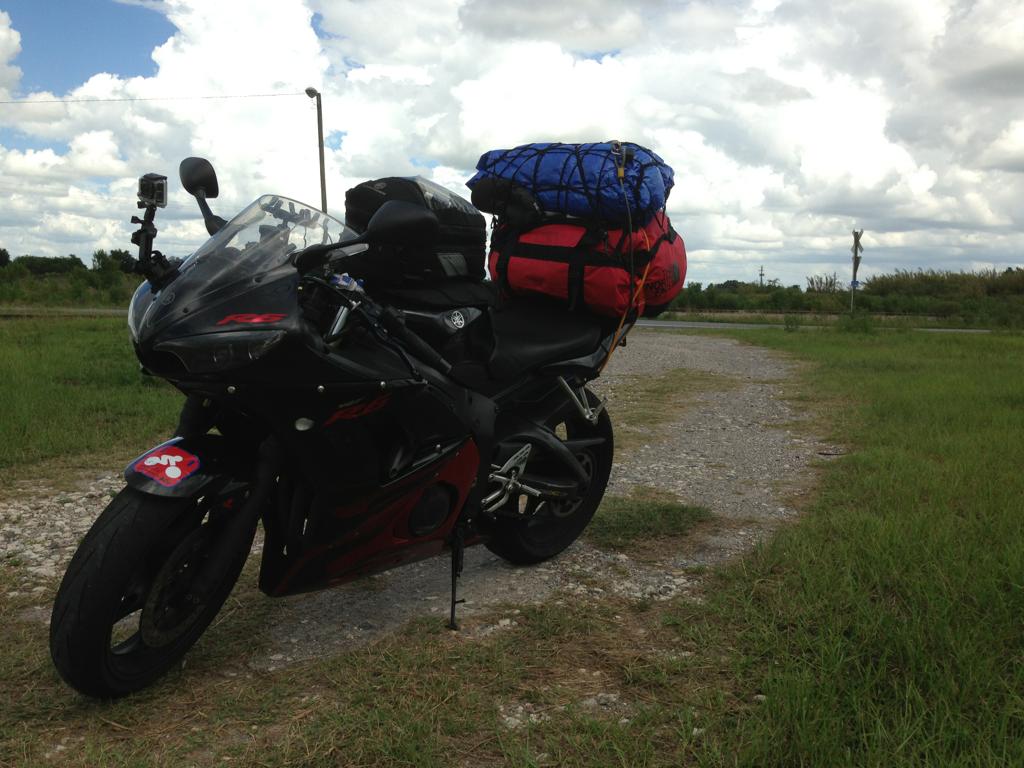 About 70 miles away from my destination while cooking it through the backroads, I saw a huge storm cell that there was no chance of avoiding. My GPS said 33 miles until the next turn off. In the middle of all these farms and plantations I came across this mecca. 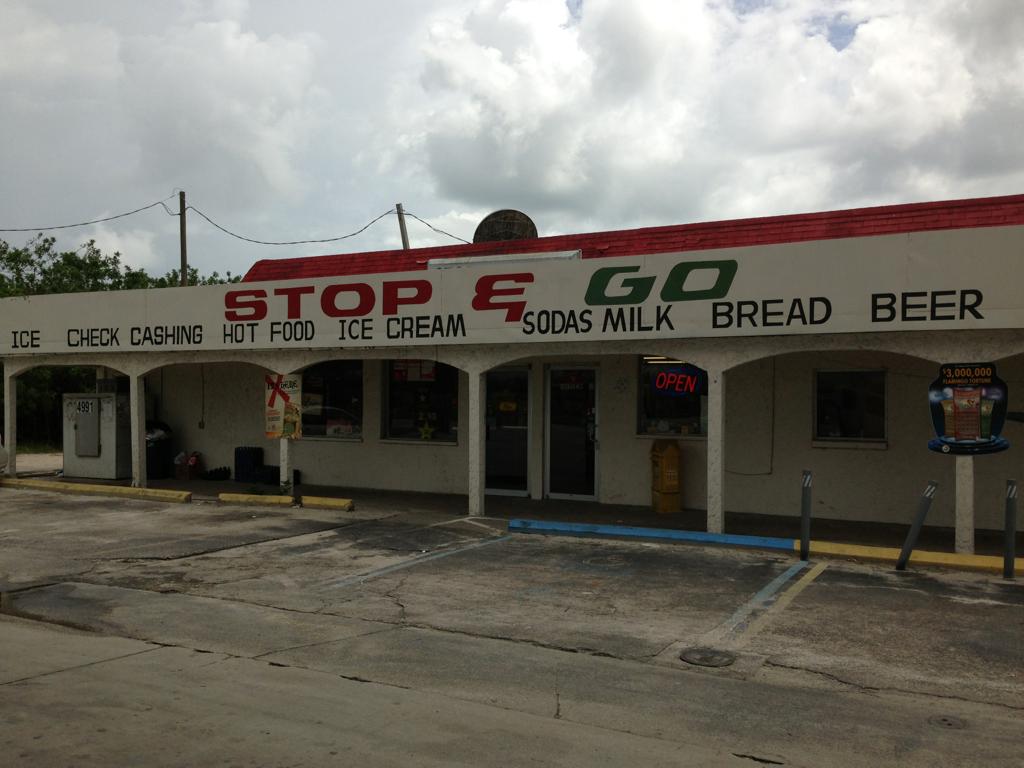 A nice gentleman who worked on one of the farms in the area said that there was rain in the direction I was heading. I gassed up and put on my rain gear. Three other gentleman pulled up and had some nice conversation with me about bikes. They did proceed to call me crazy multiple times for the amount of miles I’ve traveled so far but they also reassured me that I needed to put on my rain gear.

I was all suited up and hit the road once again after finishing the last of my almonds. Within a half mile I was in sheet rain. The wild thing about the rain in Florida is the fact that the roads are so hot that it actually steams the water that hits the pavement. It creates this sort of fog effect which doesn’t help when you’re doing 70MPH on a motorcycle. Fortunately for me the cell was only about 3 miles long but those 3 miles seem very long when you are trying to pick your line to avoid hydroplaning. For my non-riding friends, we don’t have windshield wipers. If you’re lucky the wind will push the water off your shield as fast as the next drops hit. I can’t even begin to explain how much this trip has boosted my confidence regarding riding. I rarely rode in the rain prior to this trip. I was also absolutely terrified of taking my bike off paved roads. 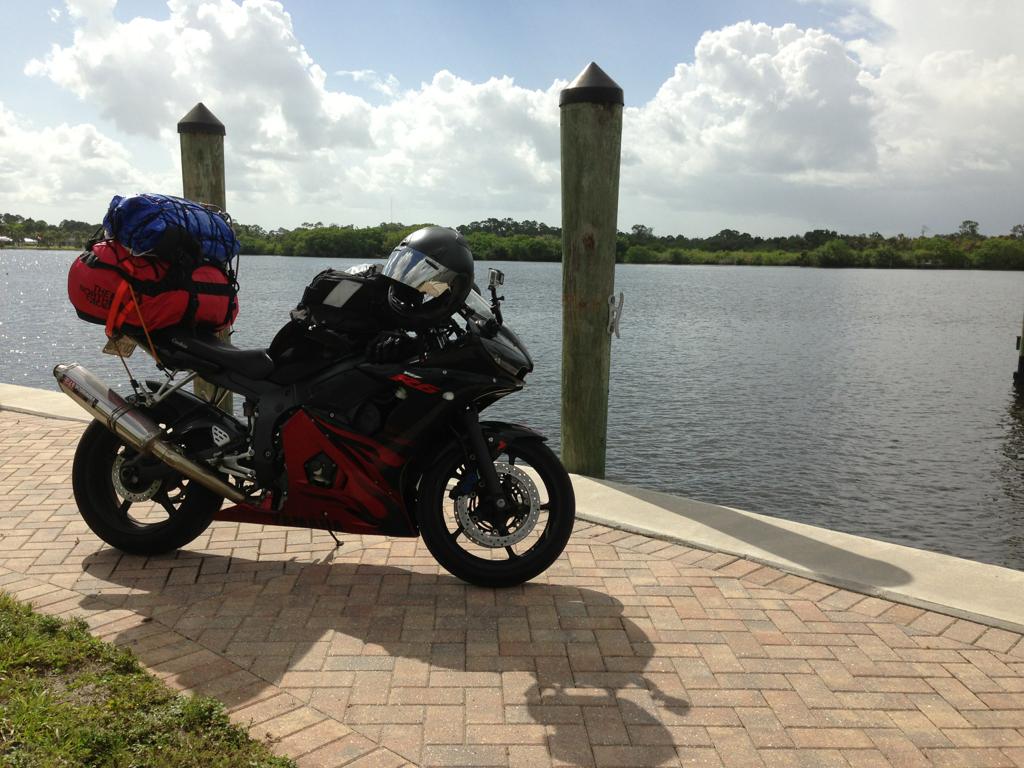 I rode through gravel and sand to get to the edge of this private dock (which I may have possibly trespassed on if I saw the signs posted) all because I thought it might make a nice photograph.

Twenty-five minutes later, I was in Naples. 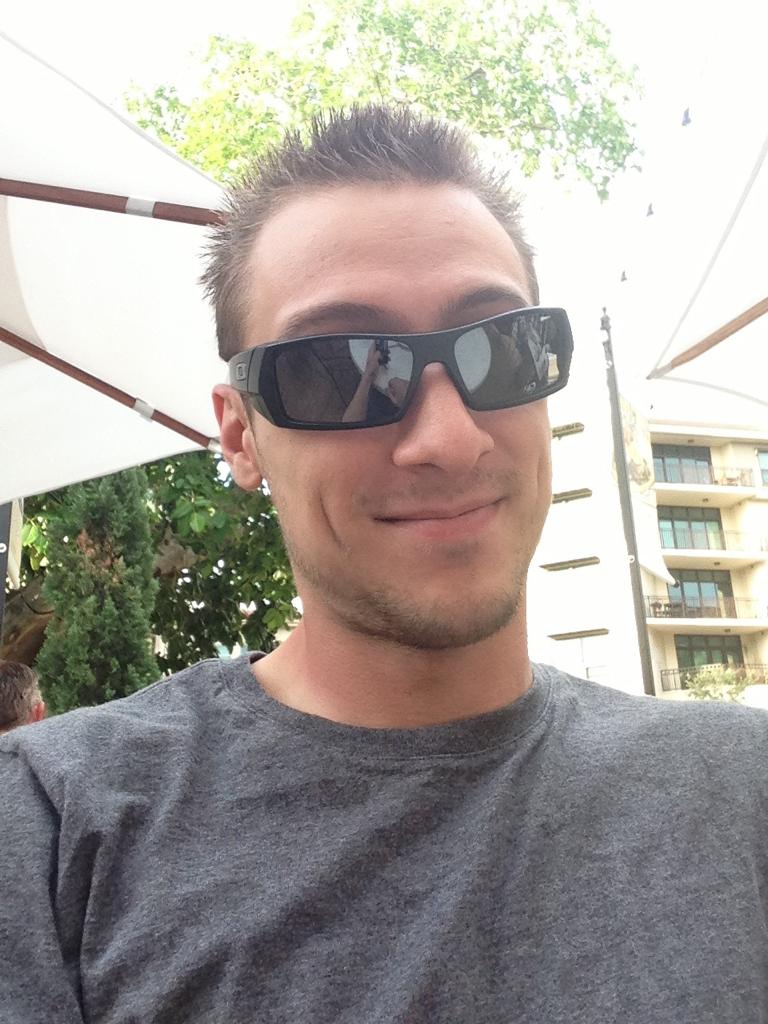 Time to feast. Grilled salmon pasta with pesto. As fast as they brought it out I devoured it. 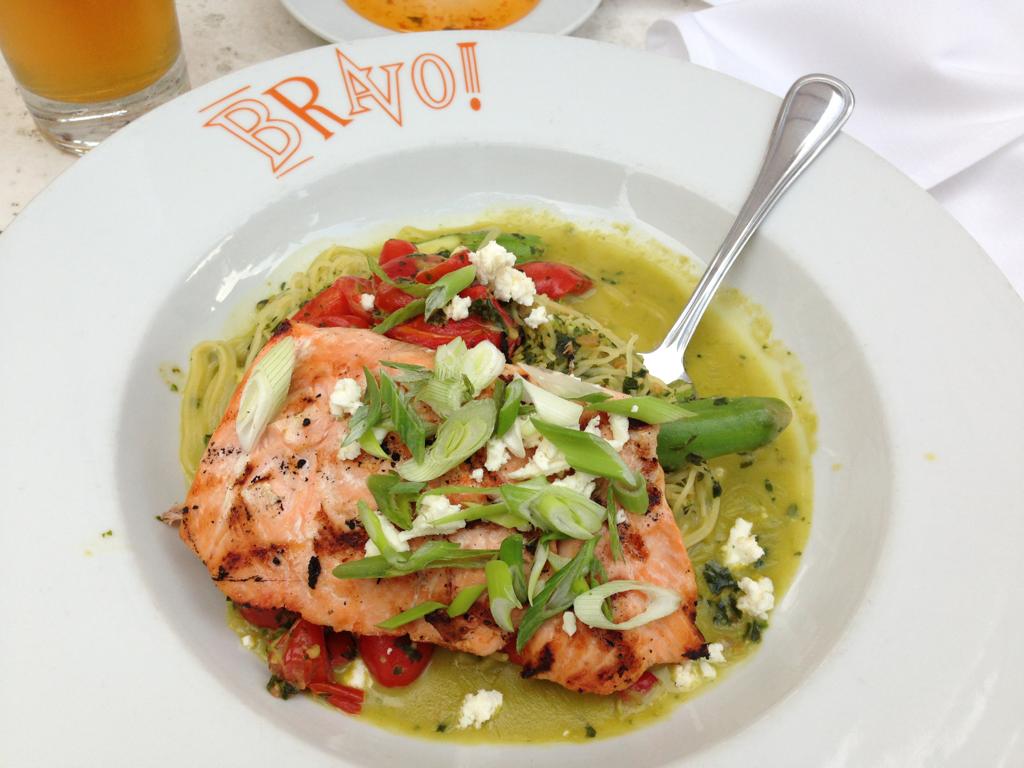 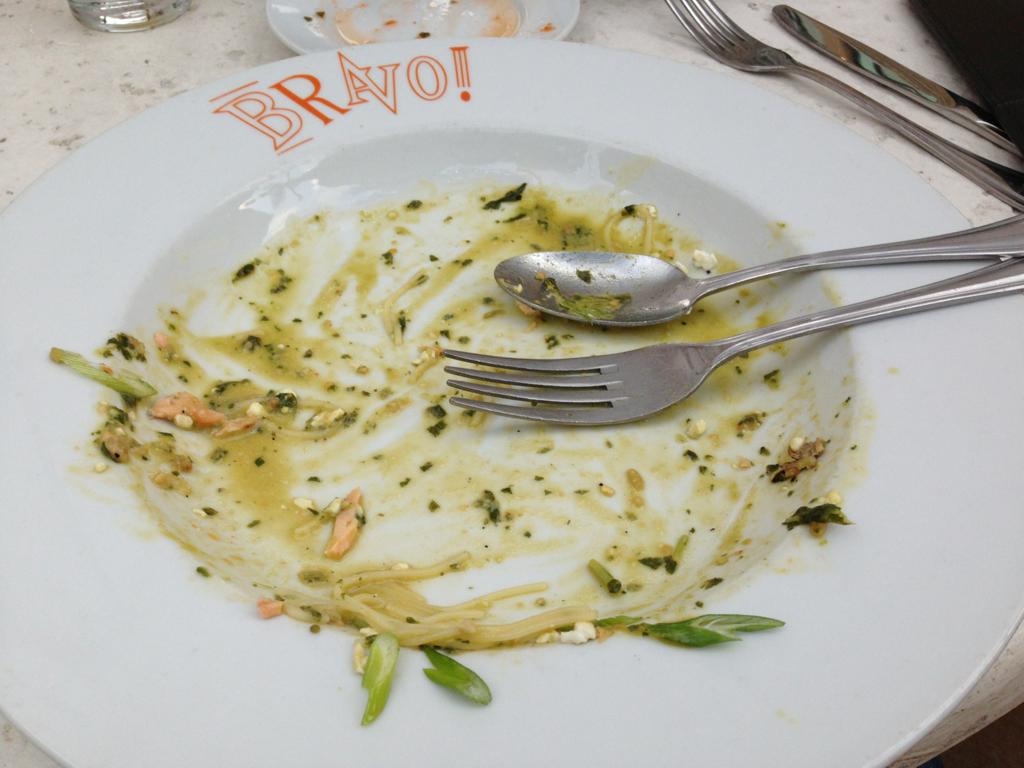 After that amazing meal I decided to watch the Hawks dominate the Kings with some good stout. 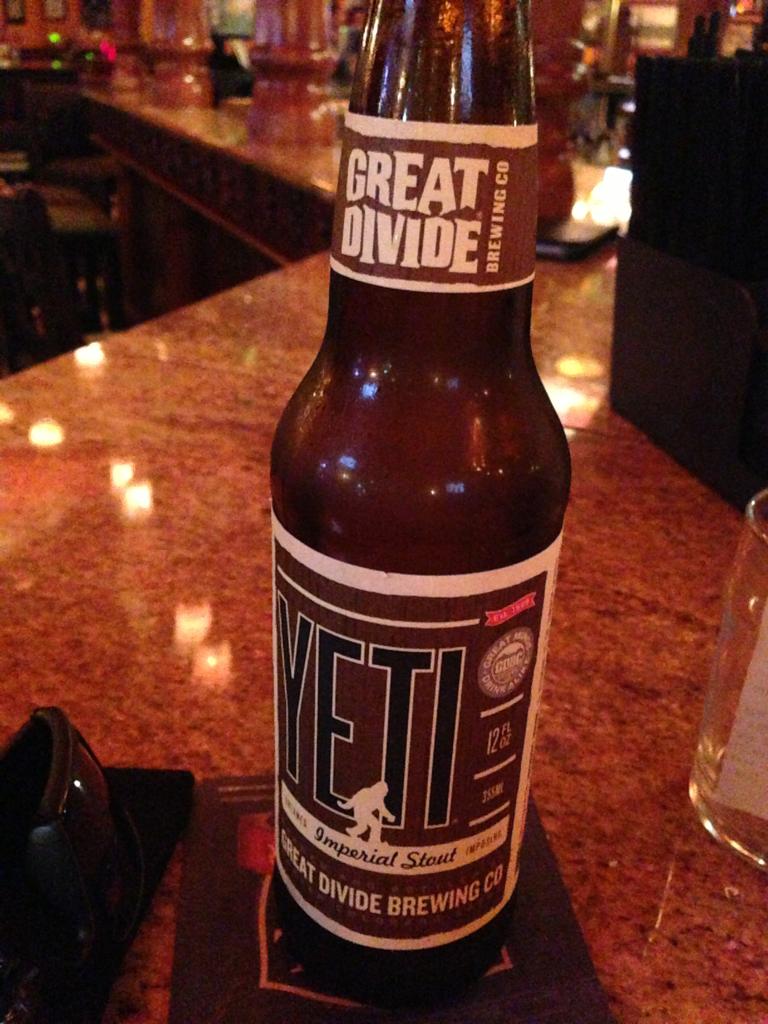 Tomorrow will be a day of rest and the rest of the week will be filled with Florida adventure. I’m excited. By this weekend I’ll probably be rolling out of here to New Orleans.

In tomorrows post I will discuss some discomforts I have had throughout the trip so far. If you guys have any questions for me feel free to put them in the comments below. I should also have a video post up this week that will highlight what I’ve captured so far.