My last day in Houston was once again filled with hospitality. I can’t put into words how generous everyone has been so far on this trip. Around 2PM I was at a place called Top Golf. The last time I swung a golf club was 1998… and I’m not kidding with you. I was a child. A good amount of my friends golf but whenever I was invited to the driving range I would pass because of my fear of looking like an absolute fool. 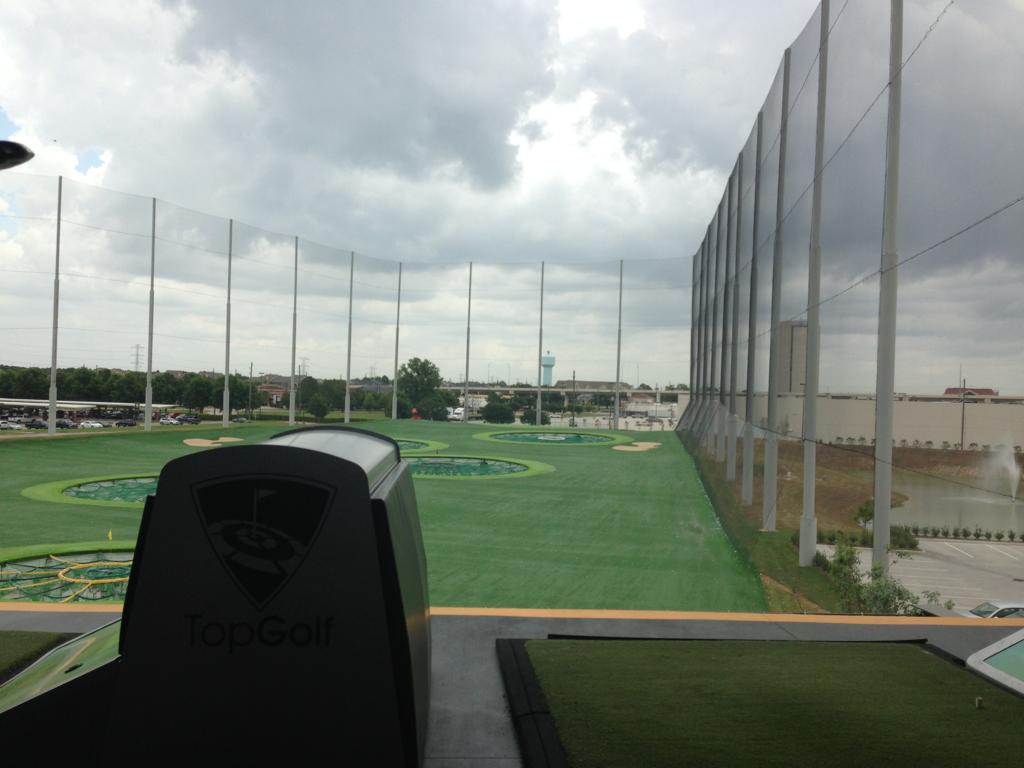 Before you know it I was landing 175 yard shots with a 4 iron (I think). I know that is not impressive but I was actually hitting the area I was targeting. What a confidence booster. I also indulged in some chicken and waffles which seems to be a pretty normal dish in the south. I want to say it was a blend of both breakfast and dinner. It was also a great flavor combination. 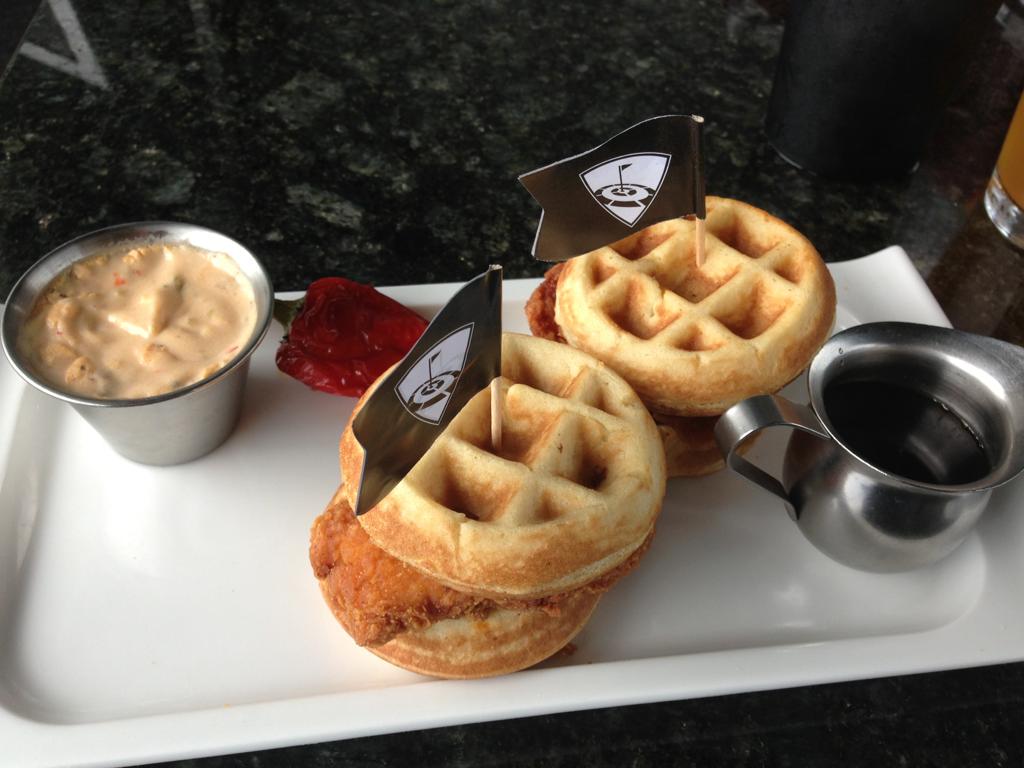 This is also an appetizer they serve. 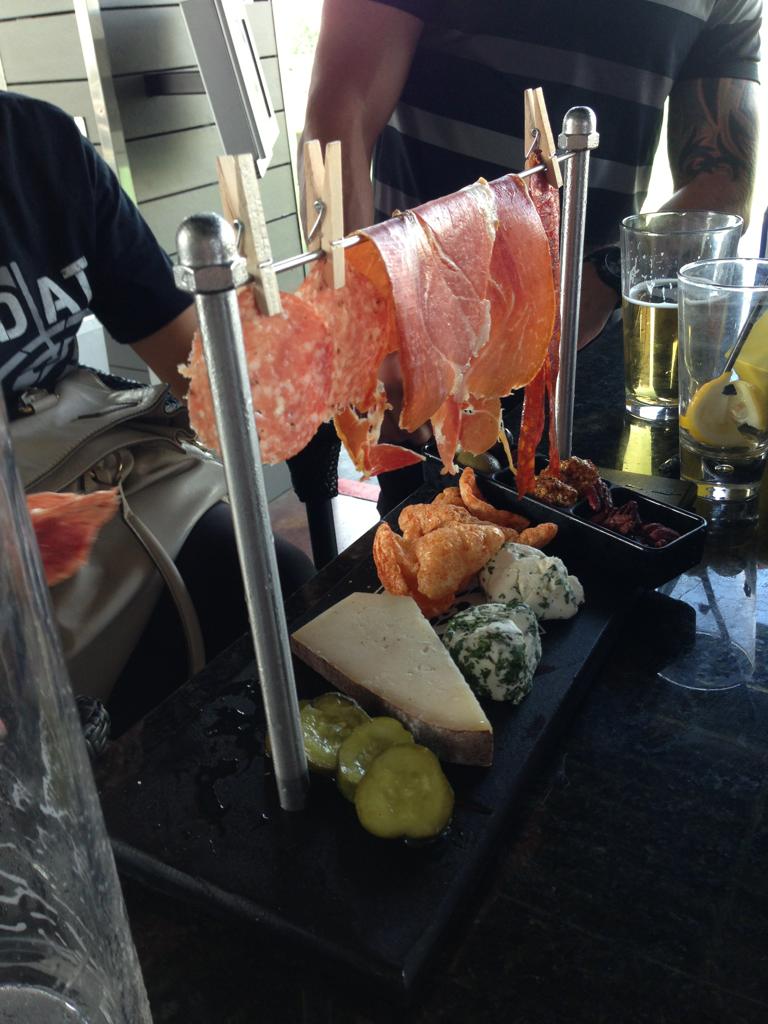 After a long day of golf and good eating it was time for the hawks game and some more rest.

I woke up on Day 21 feeling apprehensive about the remainder of the trip. This time it was caused by finding out what the speeding ticket cost me. Now I’m worried about my finances. I know I portray this hot/cold reaction quite often but I don’t know what you are expecting me to say. Three weeks on the road living out of a large duffel bag and the hospitality of strangers will do that to a man. However, I couldn’t beat the view. 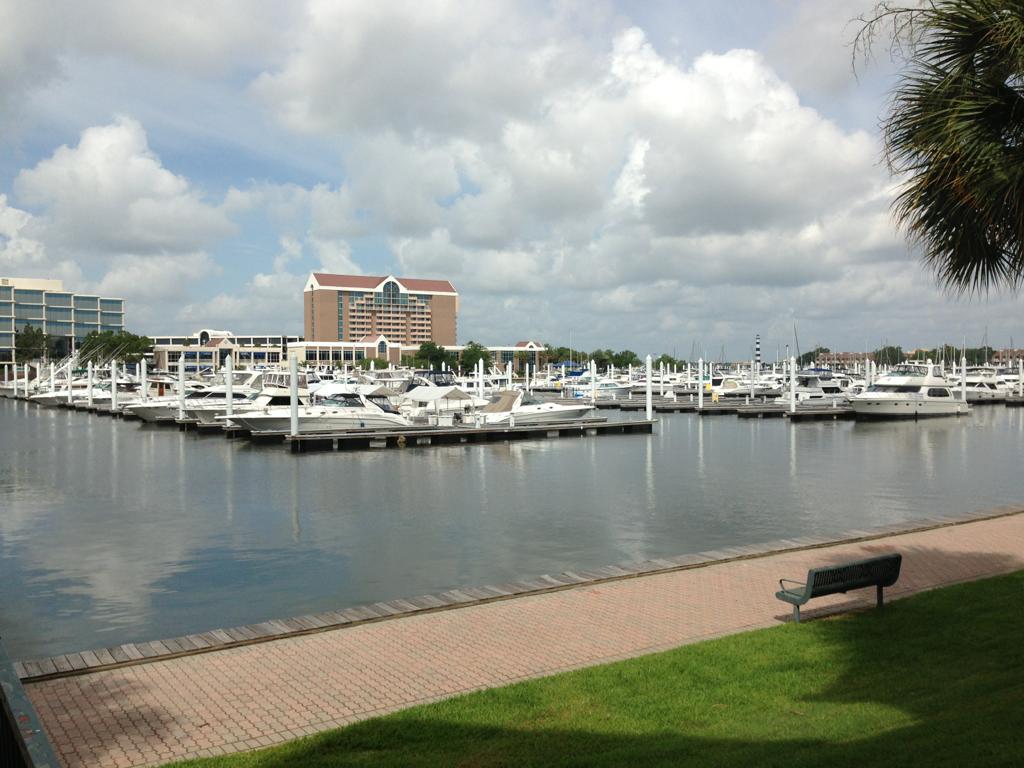 I also had a little camera shy friend to keep me company. 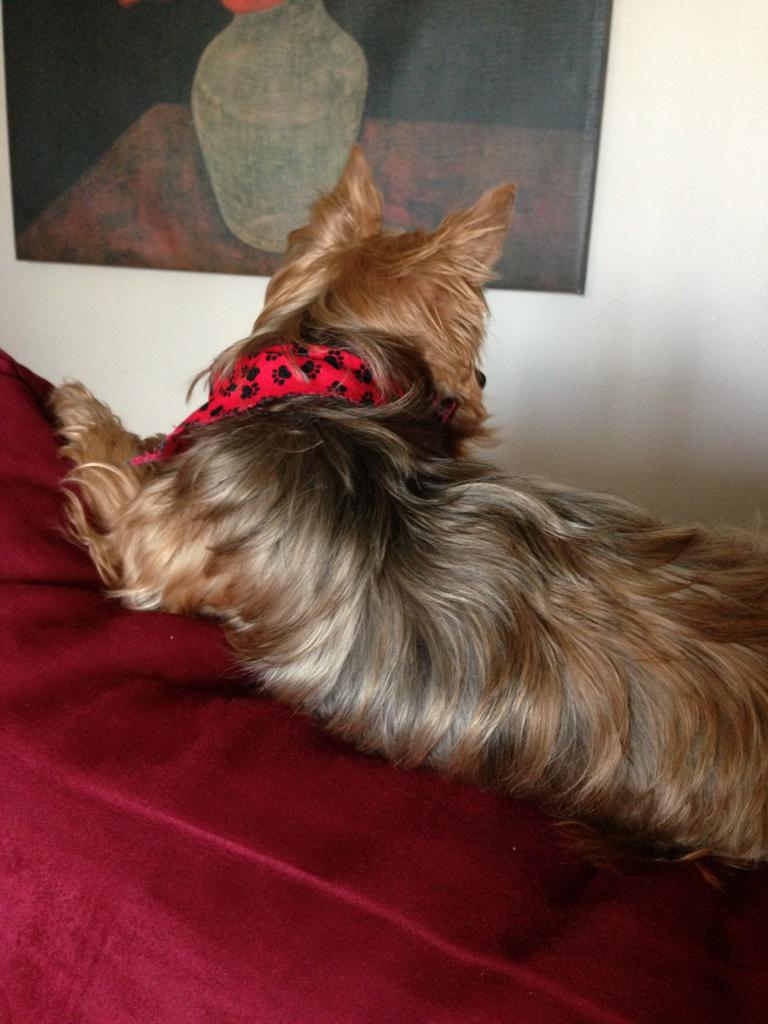 Pushing through the apprehension, I headed to Galveston to grab a bite to eat. What a nice little spot on the water. 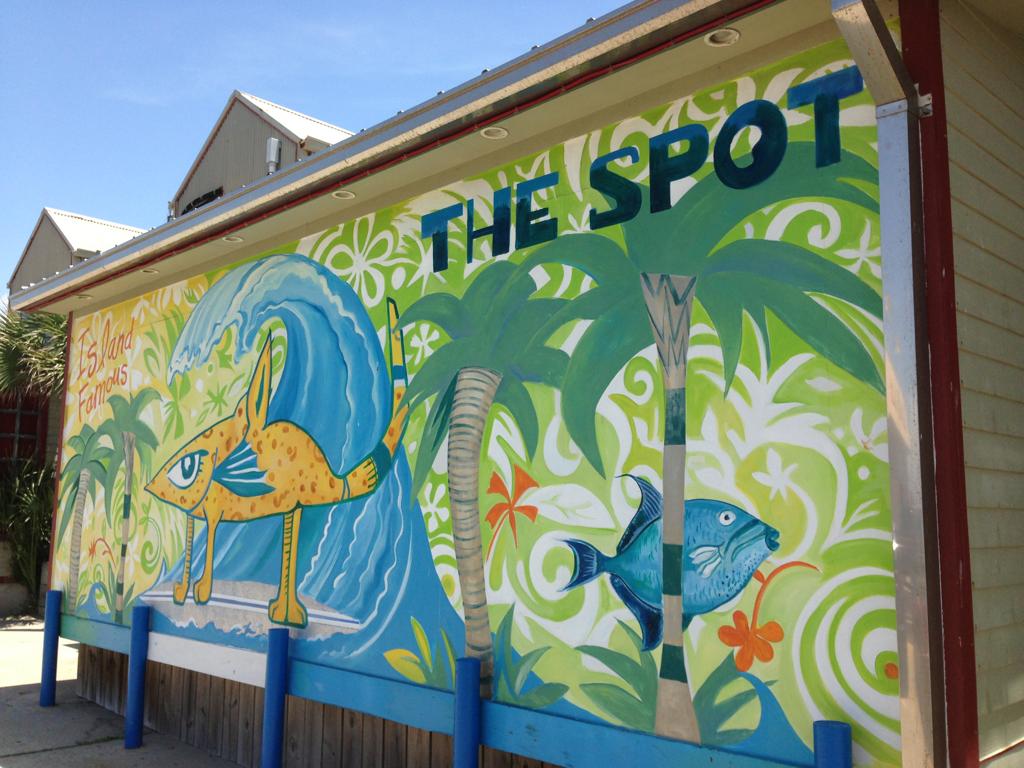 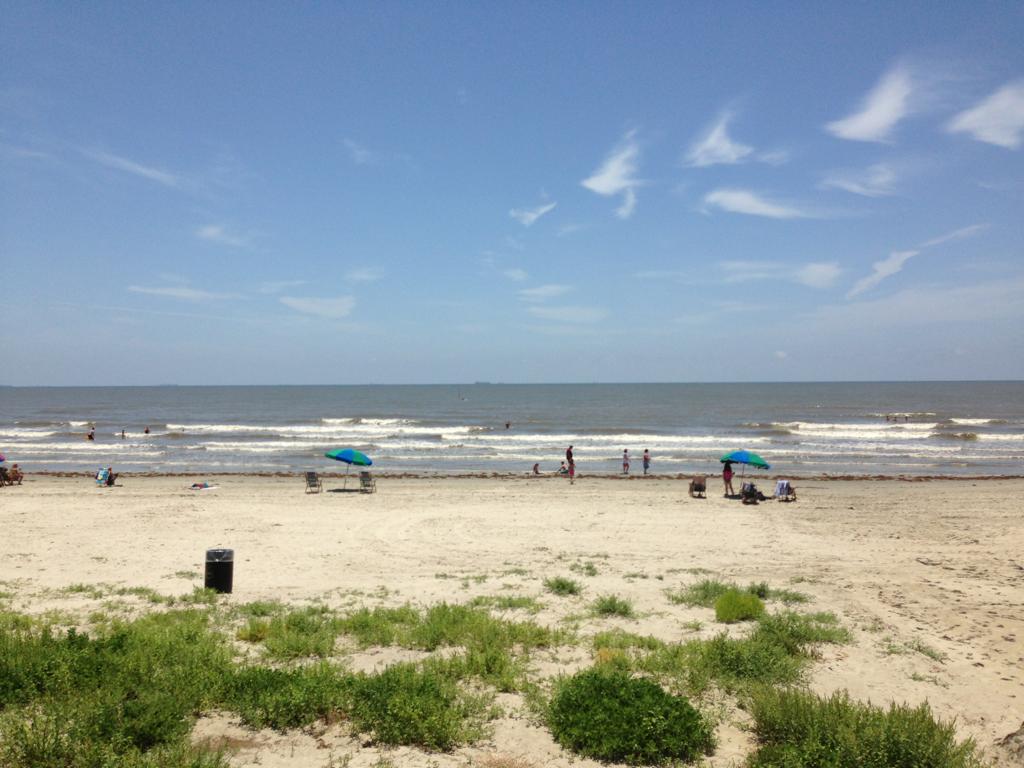 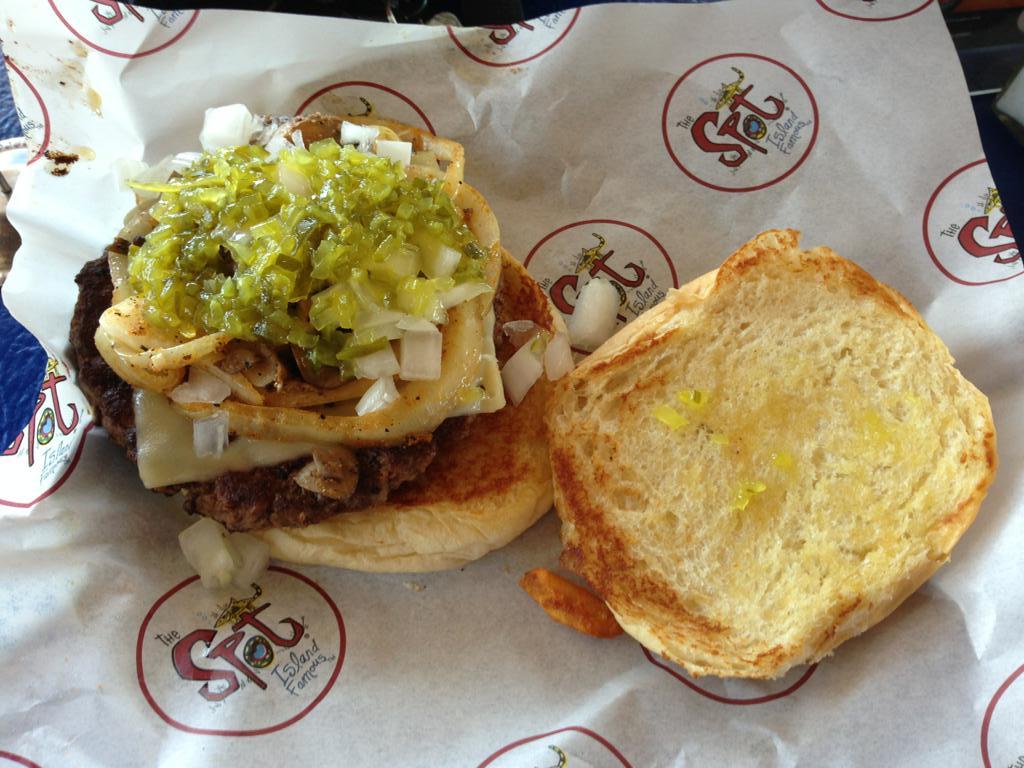 After a filling lunch, I was off to Austin to meet up with a friend. This part of my journey is starting to get warm. Something I need to keep in mind is the fact that this is only the beginning of the heat I will experience. Even at cruising speed I was sweating. The camelbak is becoming one of the most important items I’ve brought on this journey. 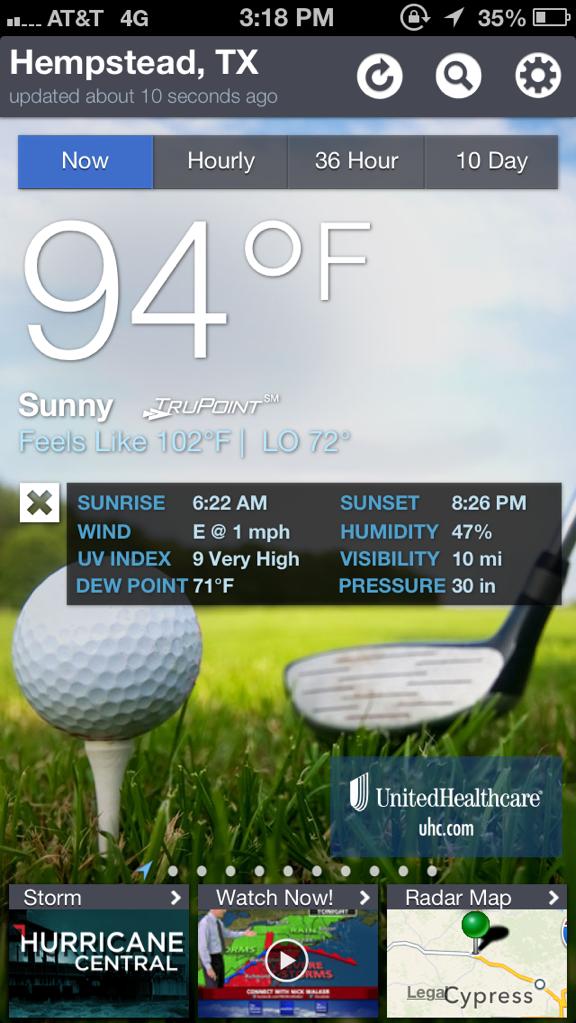 Ryan took me out to a few local spots. I couldn’t get over the amount of beers they had on tap. This entire wall is taps and I witnessed this at a few more places as well. 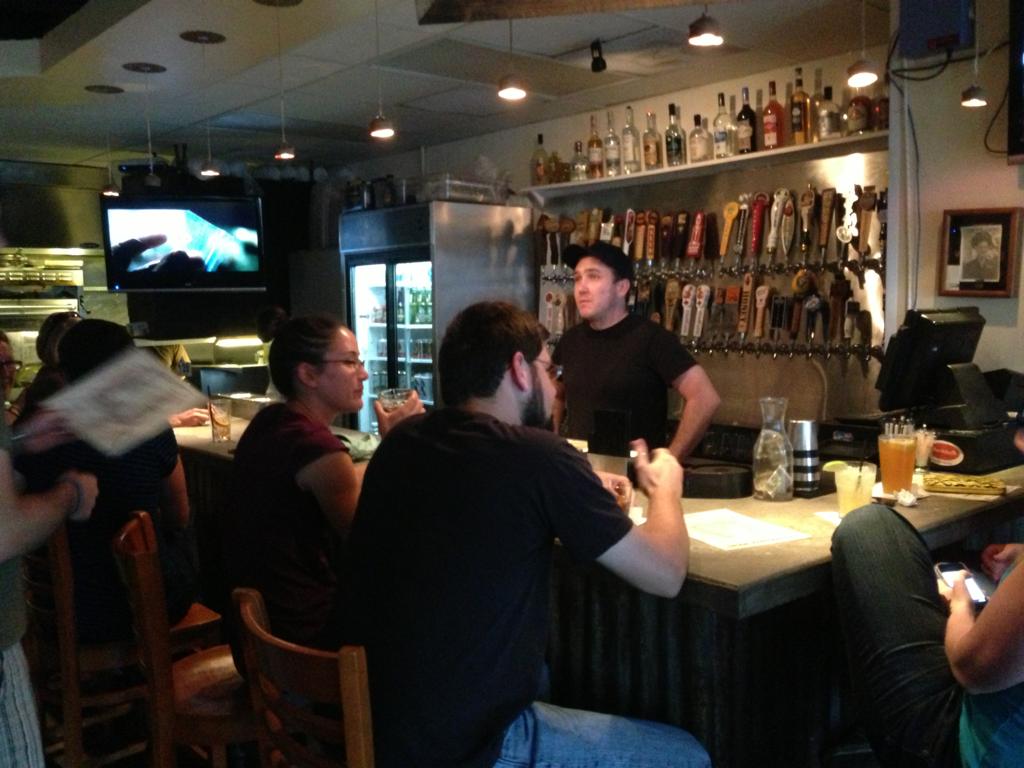 Obviously I needed to see what 6th Street was all about so we headed downtown. Austin had a bit of traffic similar to Chicago. This was a negative on my “I want to live here” scale. At one of my previous stops, I was told that Austin was a cleanlier New Orleans. I understand why that person said what they did but I think I’ll politely disagree. Yes, there are people trying to hustle you inside their bar because they have 50 other competitors on the block. Yes, they offer ridiculous 3-for-1 beer specials and other nonsense. No, it did not have the same laid-back have fun attitudes of other travelers I encountered in NOLA. It reminded me more of a St. Patrick’s day bar hopping experience. 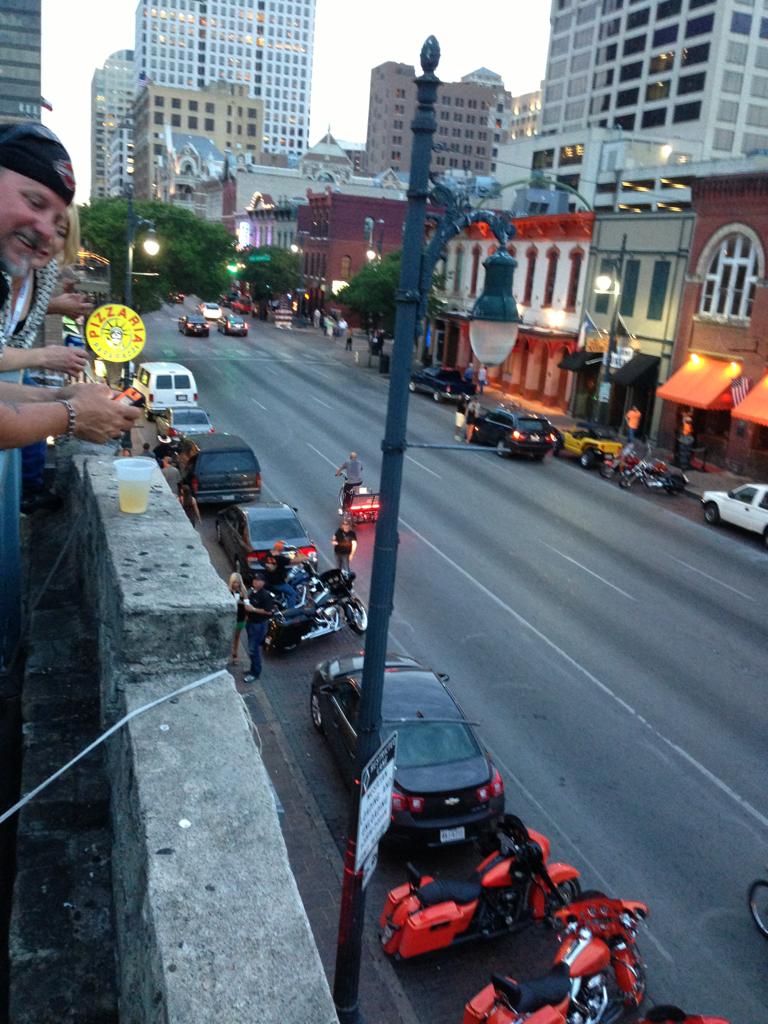 That being said, Ryan took me to a place that you would never be able to find if someone didn’t show you personally. It looked like an apartment building and you had to buzz the correct name to have someone open the door. I was stunned to find that there are actually more establishments similar to this in other cities. 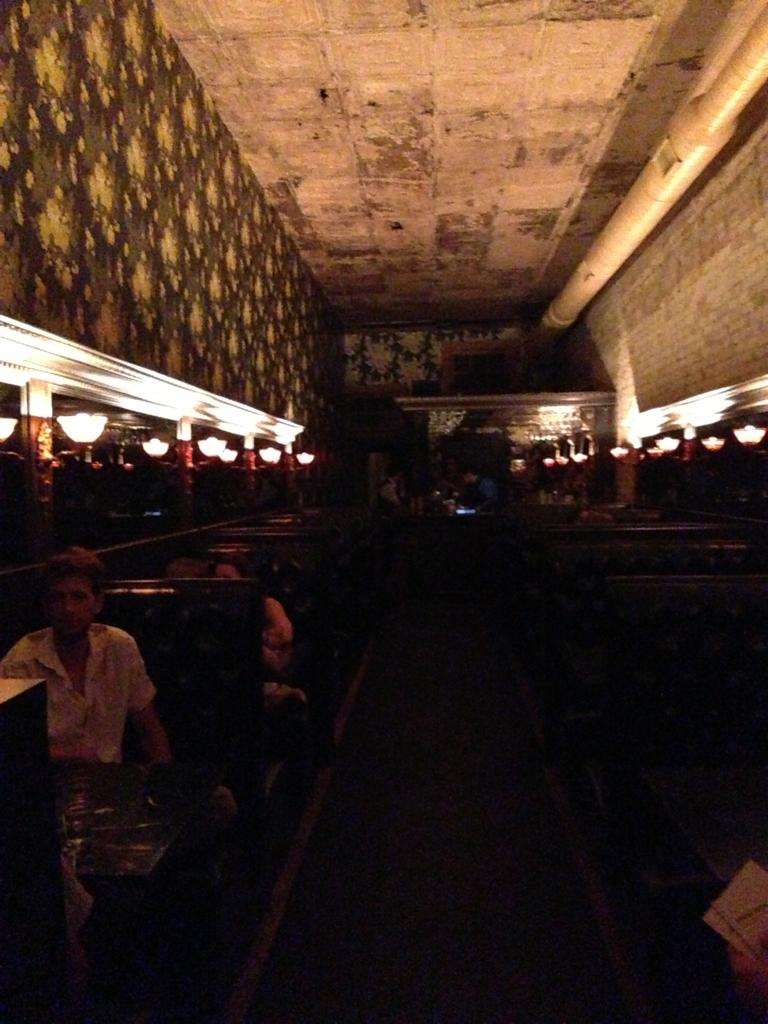 It was almost completely isolated from the craziness that was happening outside and to top that the bar tenders actually came over and made some of the fancy drinks right in front of you. I’m very interested to search out places similar when I get home to Chicago.

After a few more bars and a few more drinks we headed back to base. I can’t thank Ryan enough for helping me evaluate where this website was going and also suggesting some possible job opportunities located in Austin.

The next morning I was up and on the bike by 8AM. I checked out one of the highest points in the area and relaxed for a bit while I gathered my thoughts for the day. 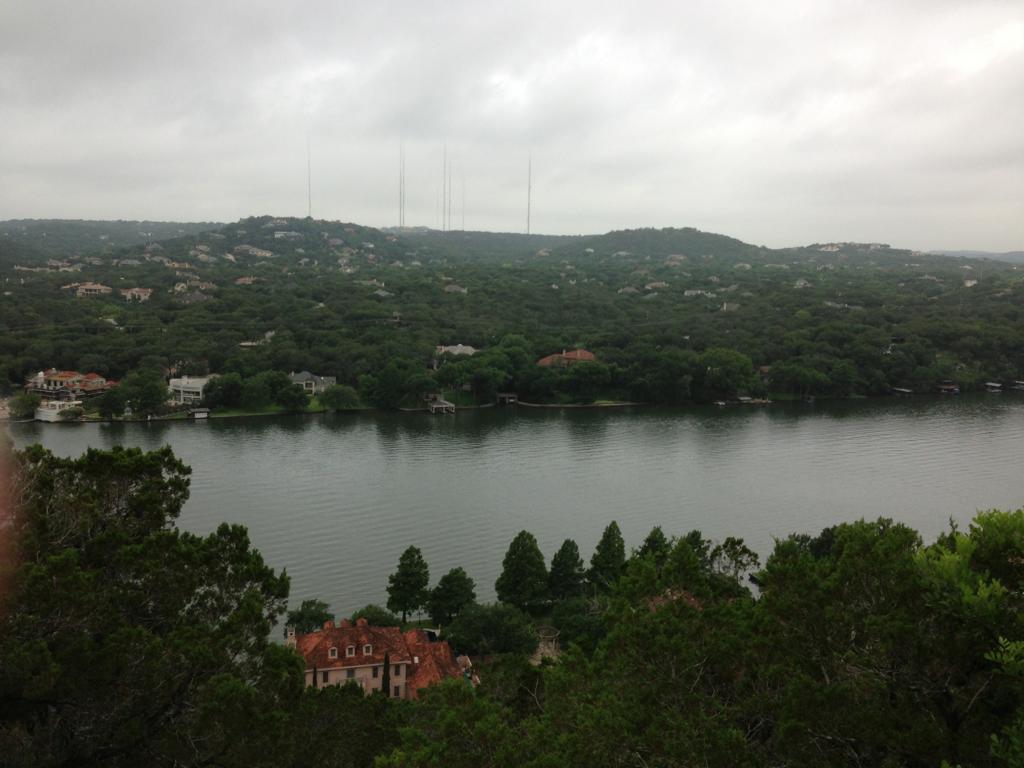 I headed down to Corpus Christi to visit another friend. I really enjoyed the elevation changes and small amounts of curvy roads that were involved in today’s ride. Texas has been a place that I expected to see tumbleweeds and cactus’ everywhere. I couldn’t have been more wrong. I’ll upload some photos from my camera at a later date.

I arrived a few hours later, took a shower, and then it was tire time. 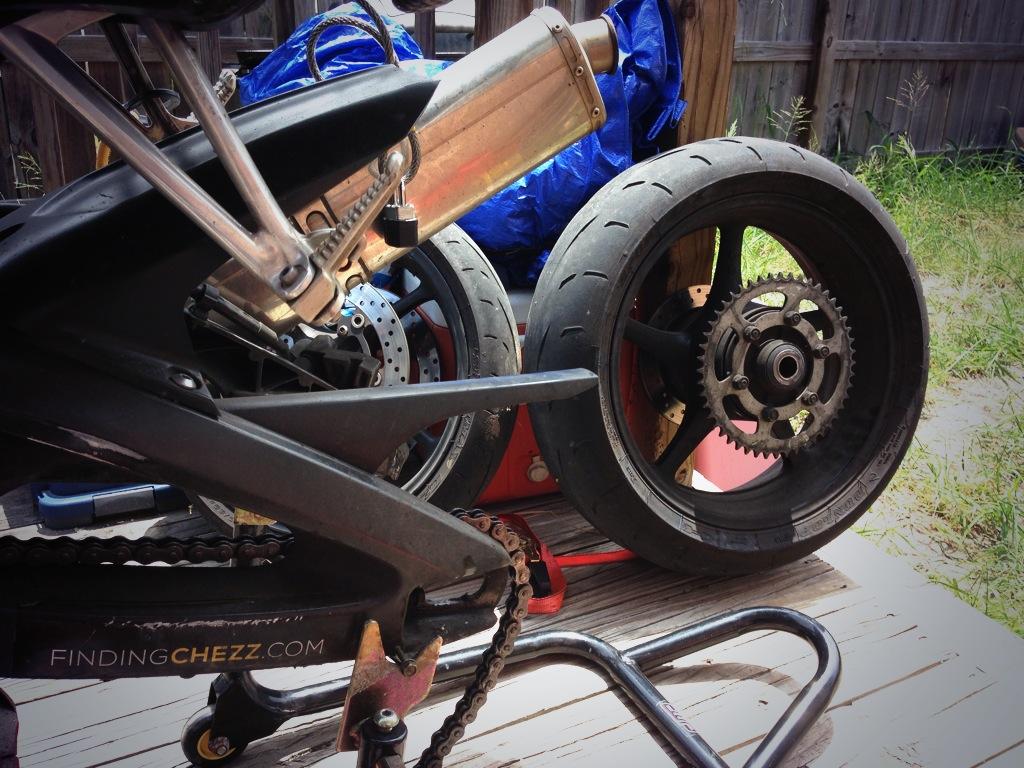 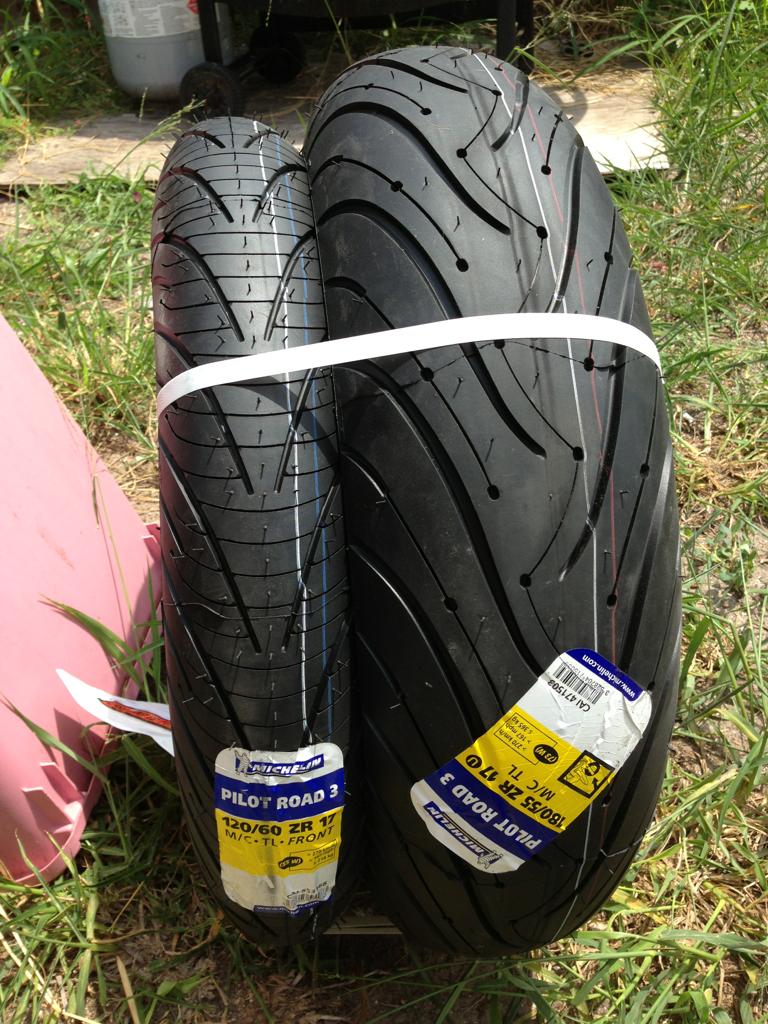 This part of Texas has a combination of many places I feel. There was an area in Corpus that felt California-esque and later that evening I saw an area that felt Florida-esque. It amazes me how many activities you can enjoy down here. These past few days have completely blown out what I expected to see here. 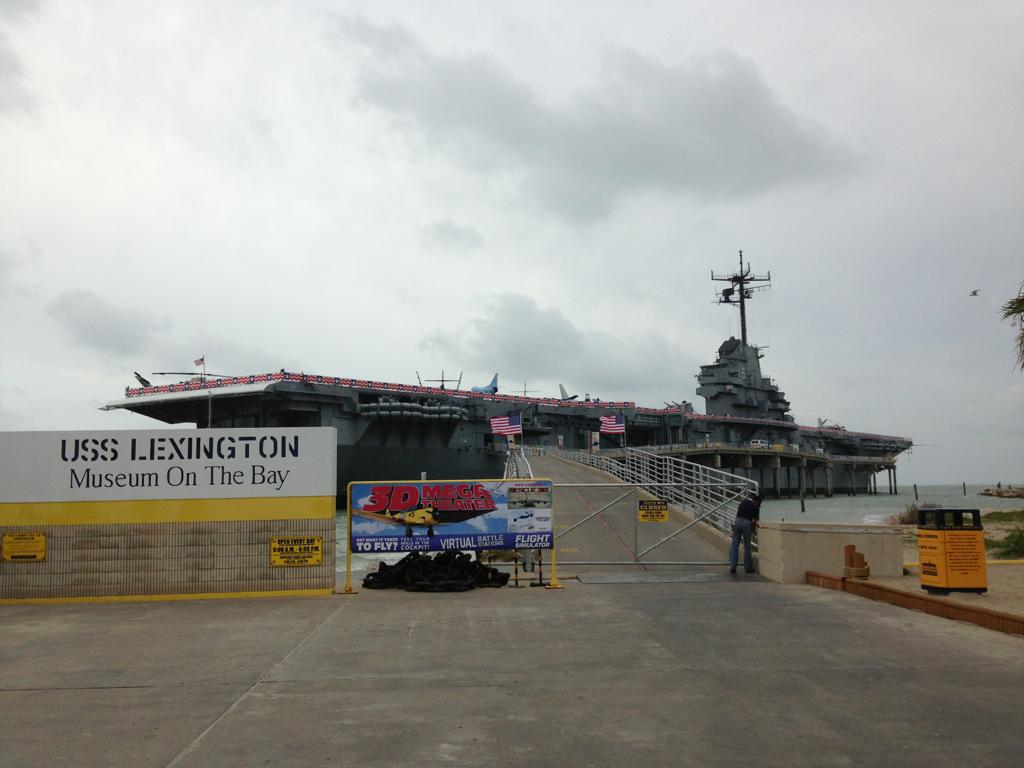 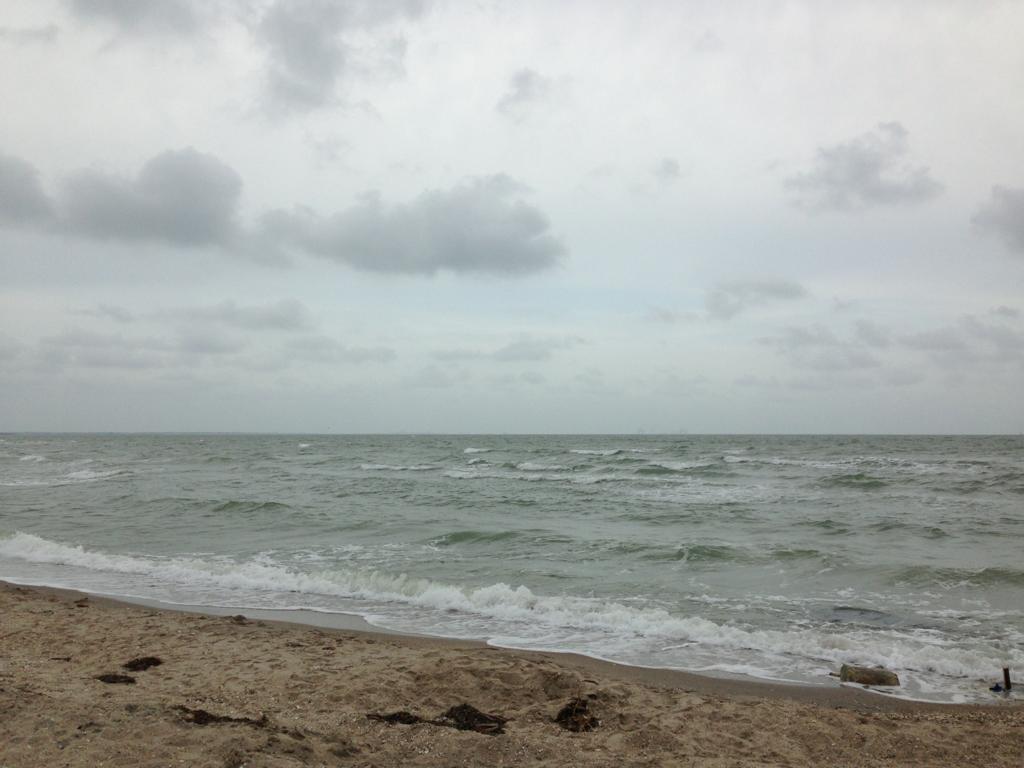 If you made it this far in the article, I commend you. It is a long one… I know. This is almost the point of no return for me. If you’ve been following me on twitter you know that I already reached my planned budget for this trip and I’m only 5000 miles in. I’m hearing lots of voices say, “it is time to turn back,” but there’s another part of myself that I hear say, “you’ve made it this far. Are you willing to sacrifice seeing the second half of the US?” I don’t know what tomorrow brings. It’s 2:15AM and I need to sleep. I may be launching west early or I may be enjoying another day down here.

Side note: we will be revisiting my previous posts and updating them with 100% accuracy. I know that is a vague statement but you will see them in the coming days.