I still have trouble putting together the right words to describe New Orleans. My good friend Michelle gave me many suggestions which all turned out to be amazing. She calls NOLA her “happy place.” I think it is going to take a few more days to solidify my thoughts on it. I started my day off with a southern breakfast. 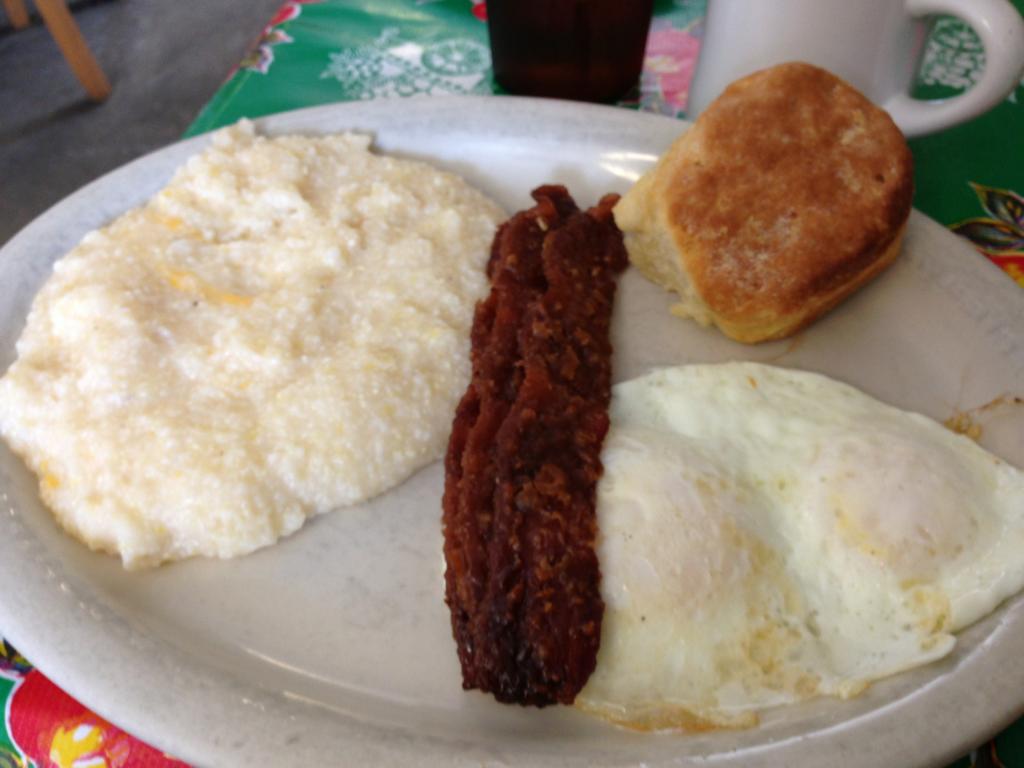 Praline bacon is one of the best things I have ever eaten. I almost decided to get another order. This turned out to be my fuel until about 9PM… that’s how filling the eggs, bacon, grits, and biscuit were. 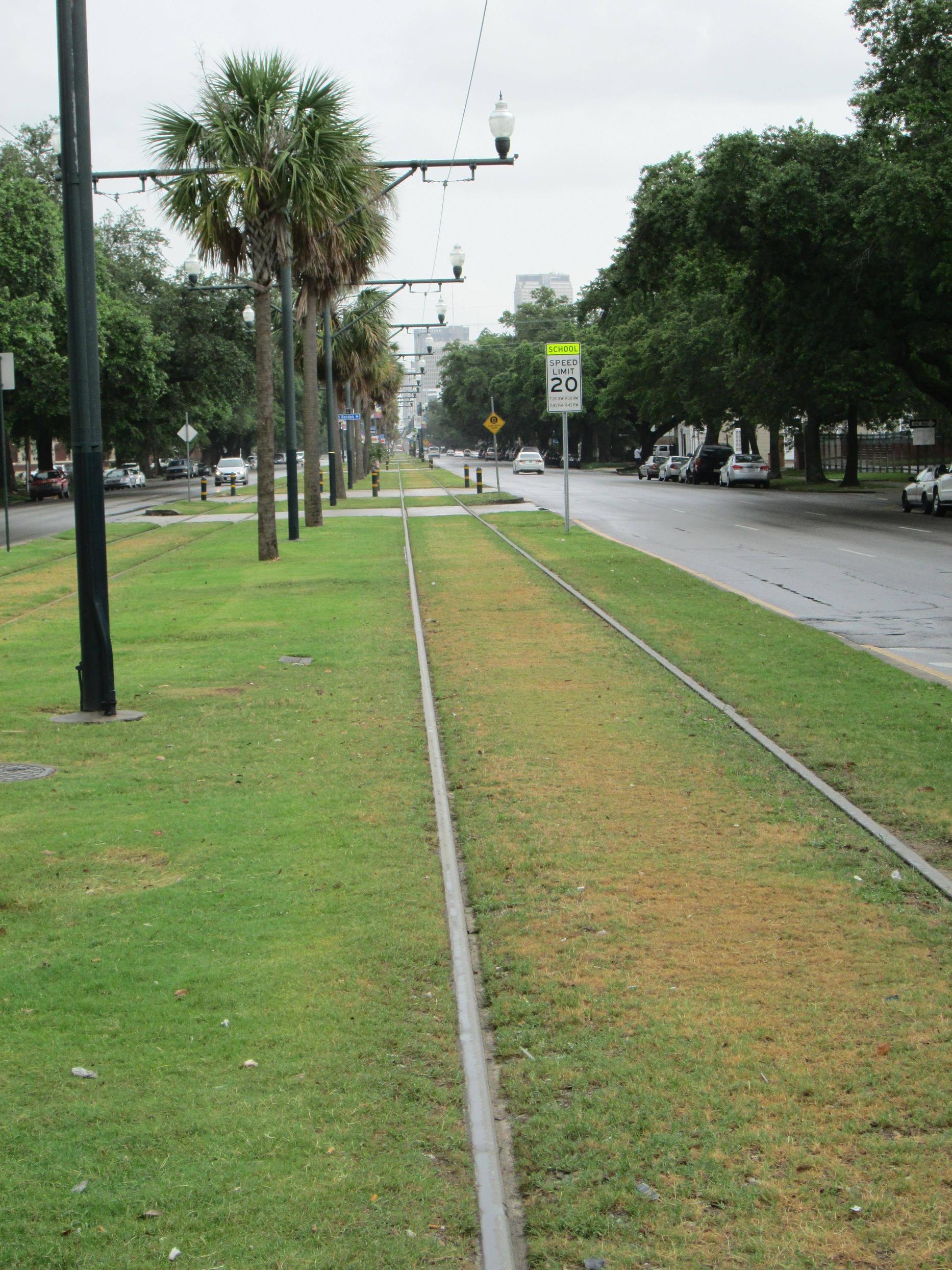 I took the street car down to the river. One of my first stops was the Carousel Bar. The bar spins about 1 rotation every 15 minutes. 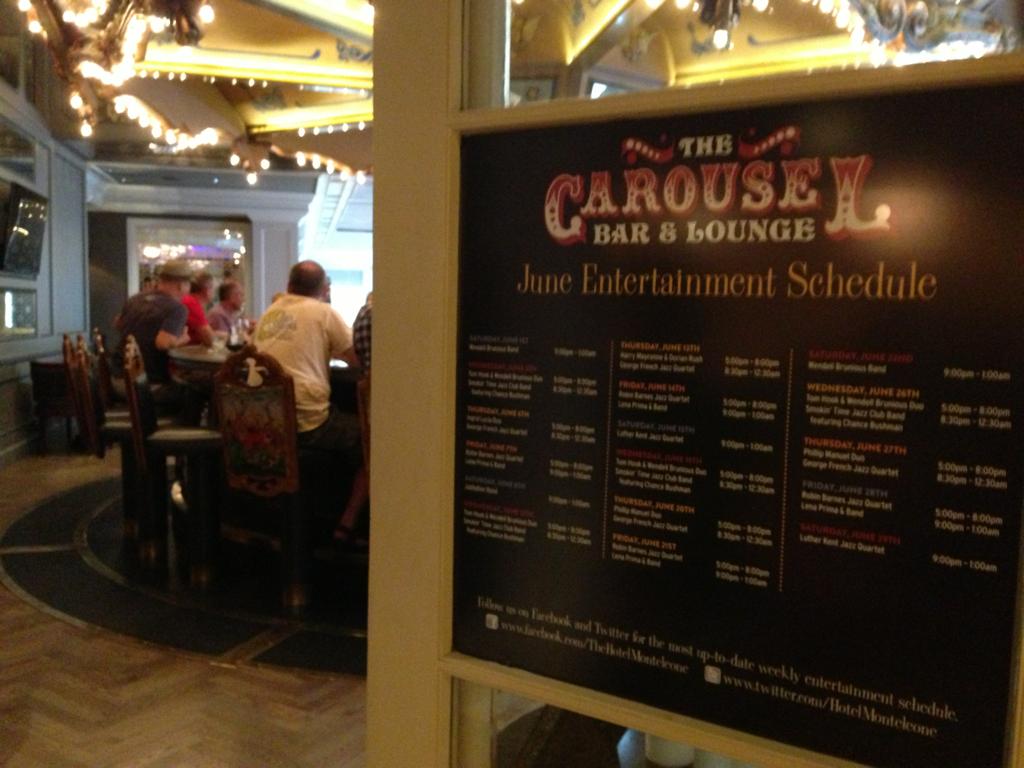 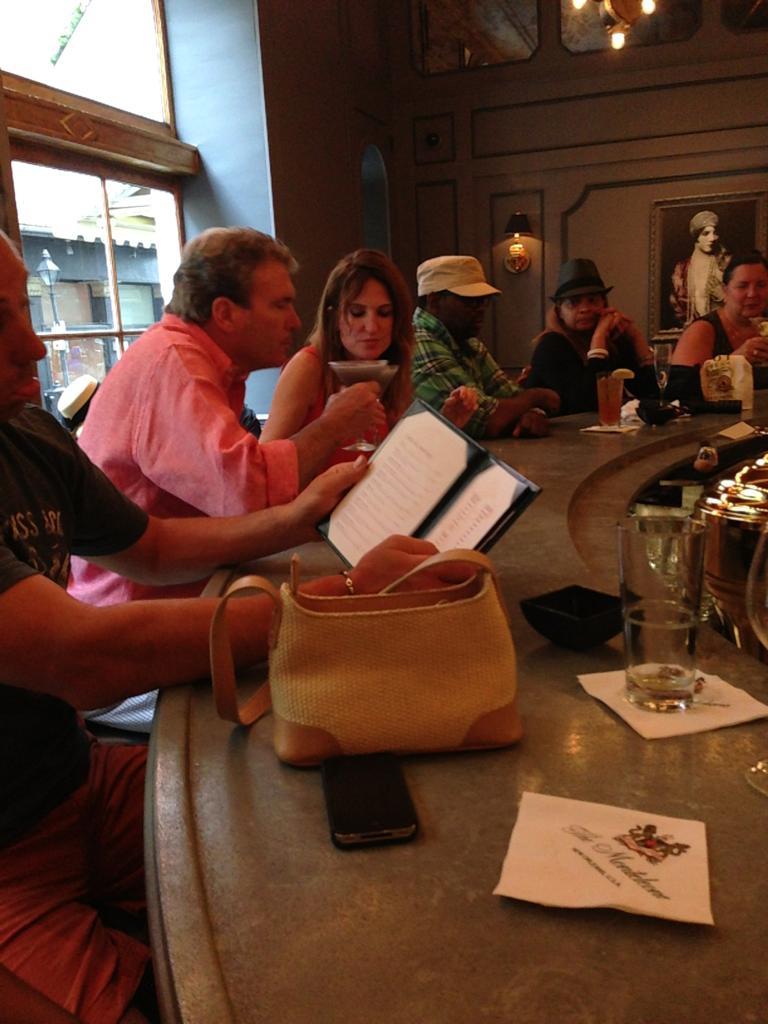 I expected to make a rotation or two but this hotel bar is filled with so many interesting people. I ended up staying for two hours and talked with many world travelers. 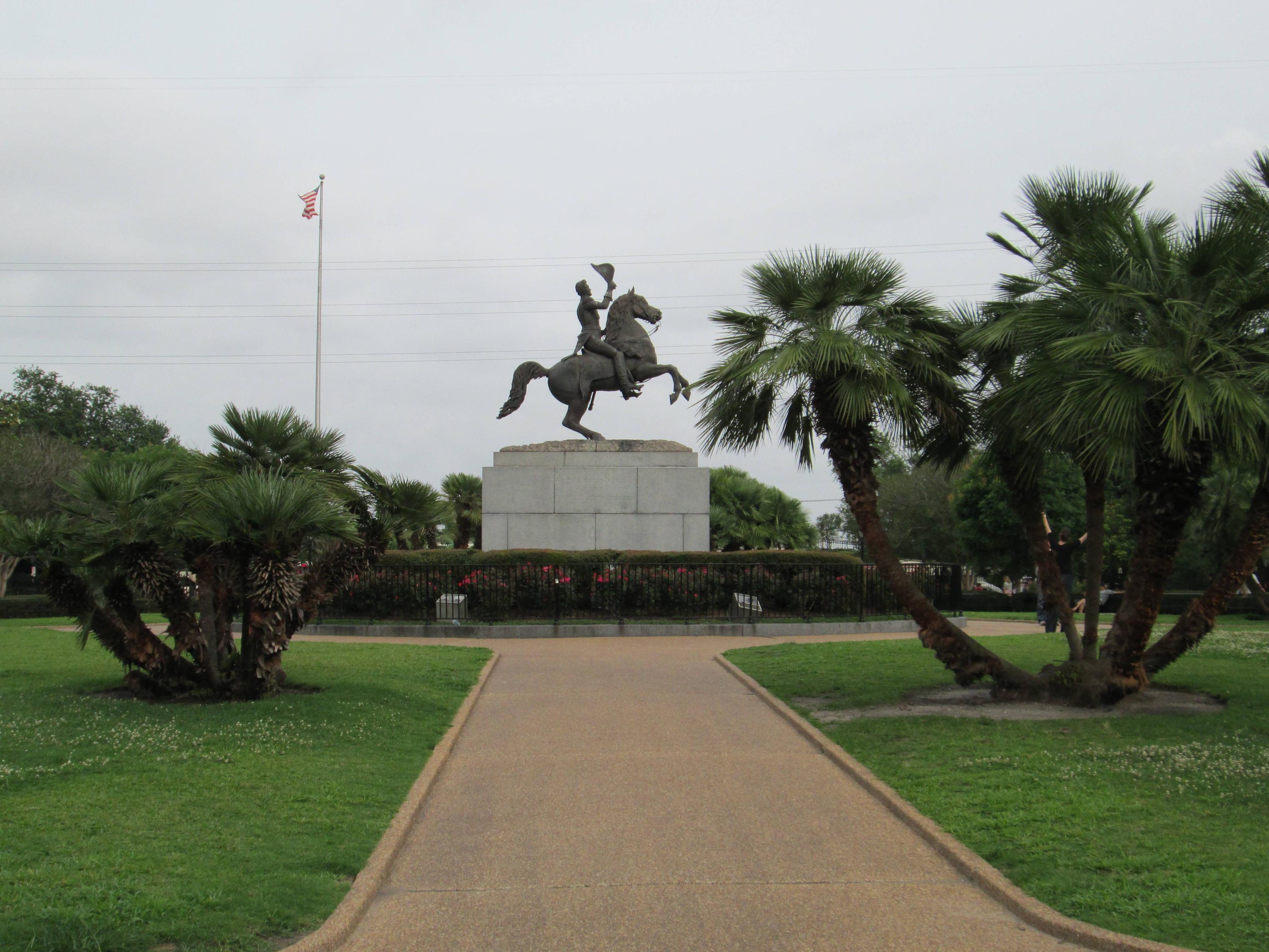 I stopped in lots of little shops on Royal Street during my walk to Frenchmen Street. 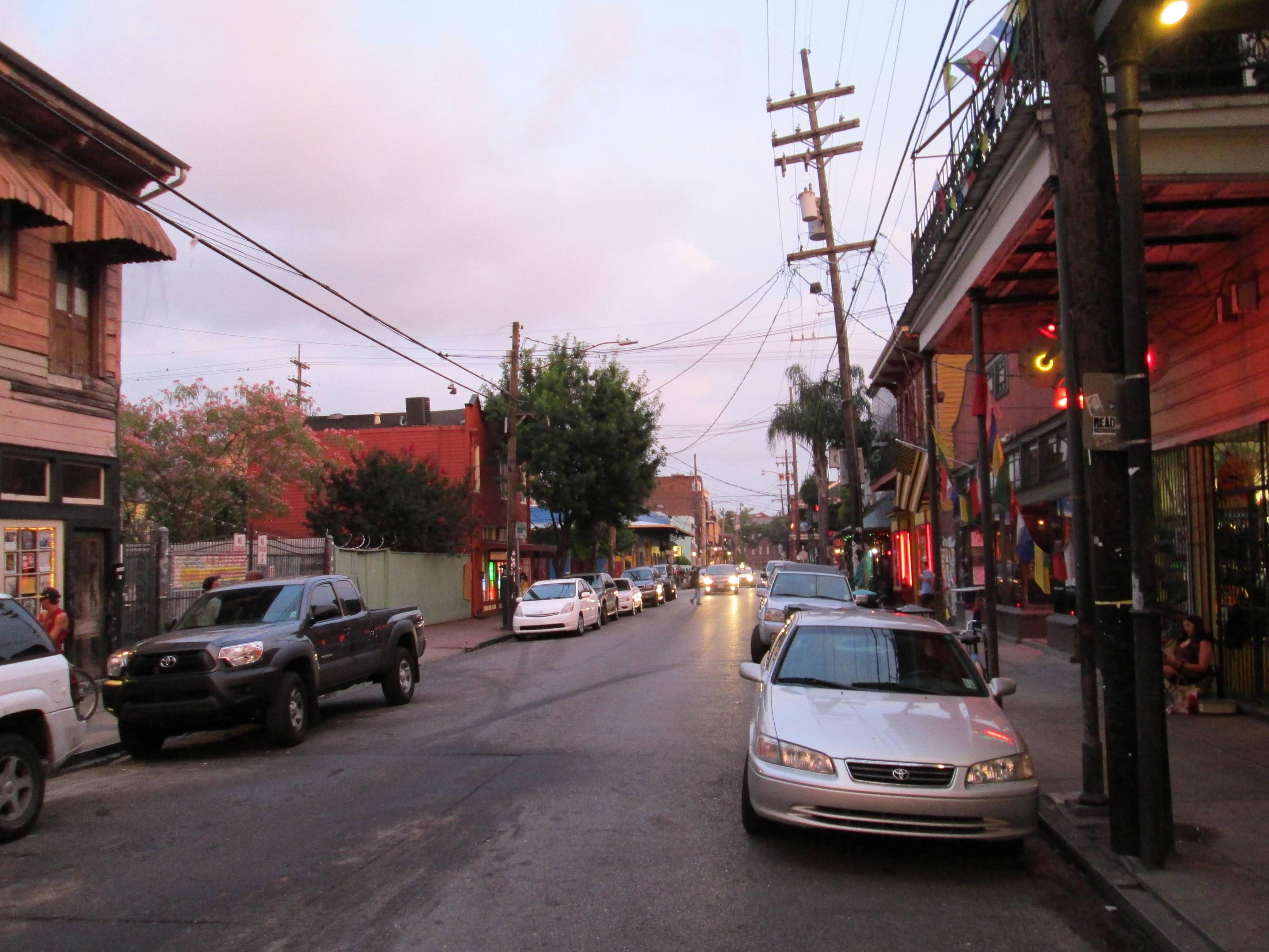 I arrived a few hours before the live music began. I stopped in a this bar called d.b.a. I walked in when there were only 2 other patrons. I ended up talking with that couple from Colorado for over an hour. I get a sense of accomplishment while I get to all these different destinations but the biggest pleasure I have is the conversations I have along the way. After they headed off it was just me and the bartender. Some people would think this is an awkward situation but we ended up chatting for over an hour and a half. To top that, she ended up sharing her dinner with me since I had never tried what she was having. I think it was rice and something else wrapped in grape leaves with this really good sauce to dip it in. It was phenomenal. Where else in the world would a total stranger share some of their meal with you because you never tried something similar? 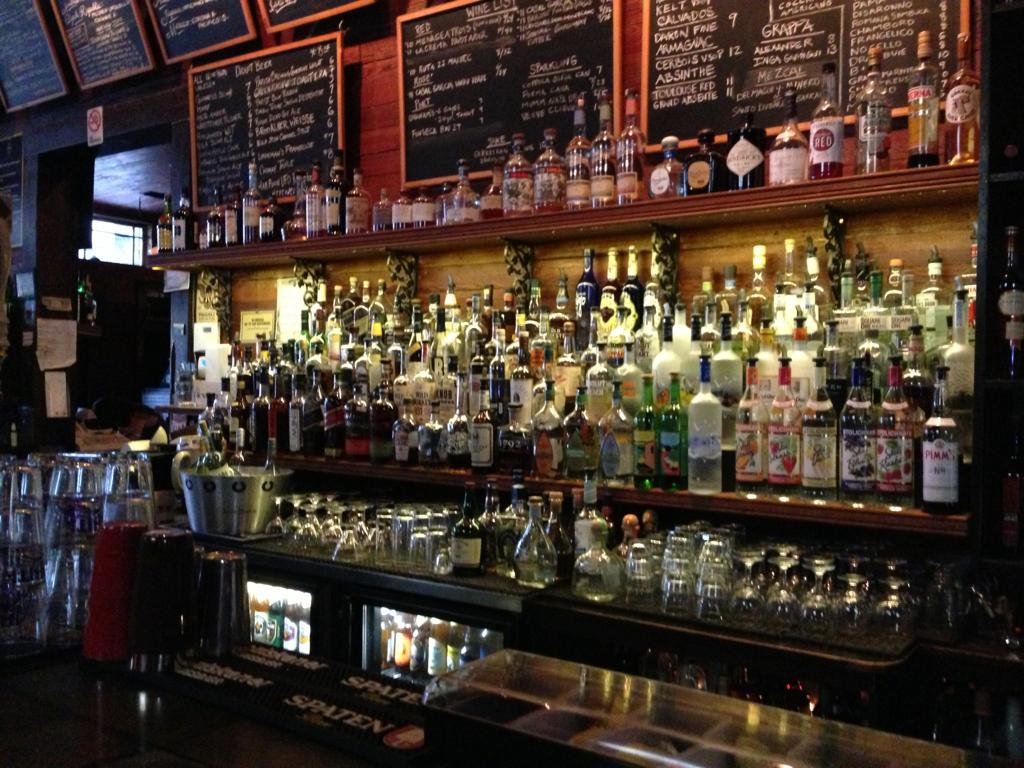 After that snack, I headed off to a dinner spot she suggested. I figured it was time to try something extra crazy. I ordered an Alligator Po’ Boy and to be honest, it was amazing. Not one meal was a disappointment here and I’m very thankful for that. So much good food and so little time! 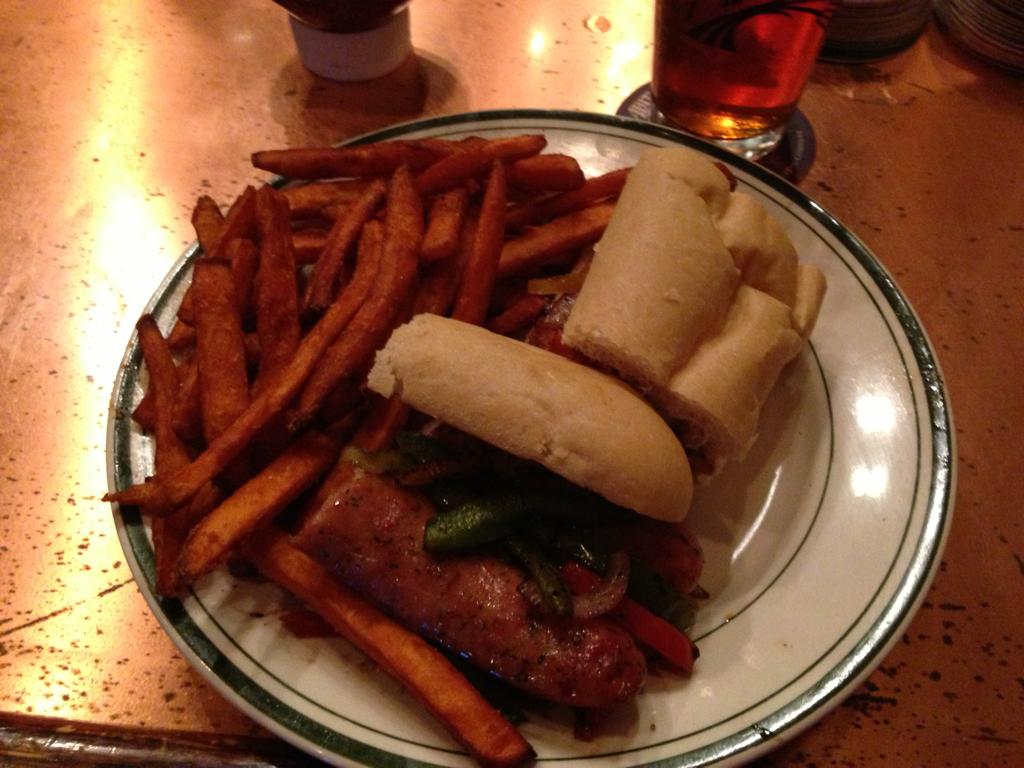 The live music was awesome. So much energy. I honestly thought about staying another night since I was so exhausted by 11PM. 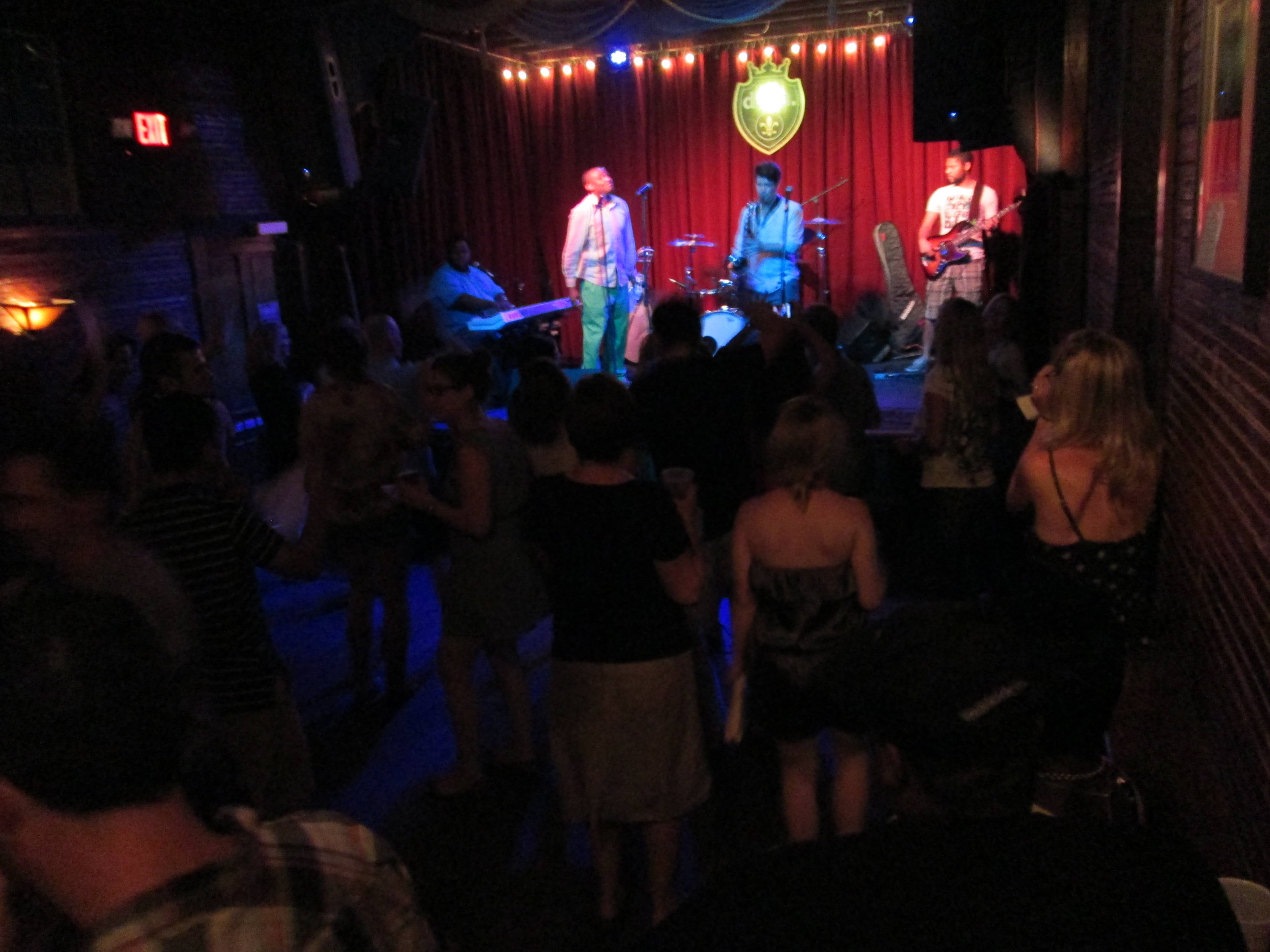 I know New Orleans has crime but every city has that. I wasn’t venturing too far off the beaten path but once I left Frenchmen I started going the wrong direction. Everything was dark, nobody was outside, there were no cars, and I had 10% battery left. I stayed off Bourbon Street the entire day to avoid the tourist traps but at that moment in time I headed that direction as fast as I could. I was very relieved to see and hear swarms of drunken vacationers. To refuel from that brisk walk I decided to try a “hand grenade.” 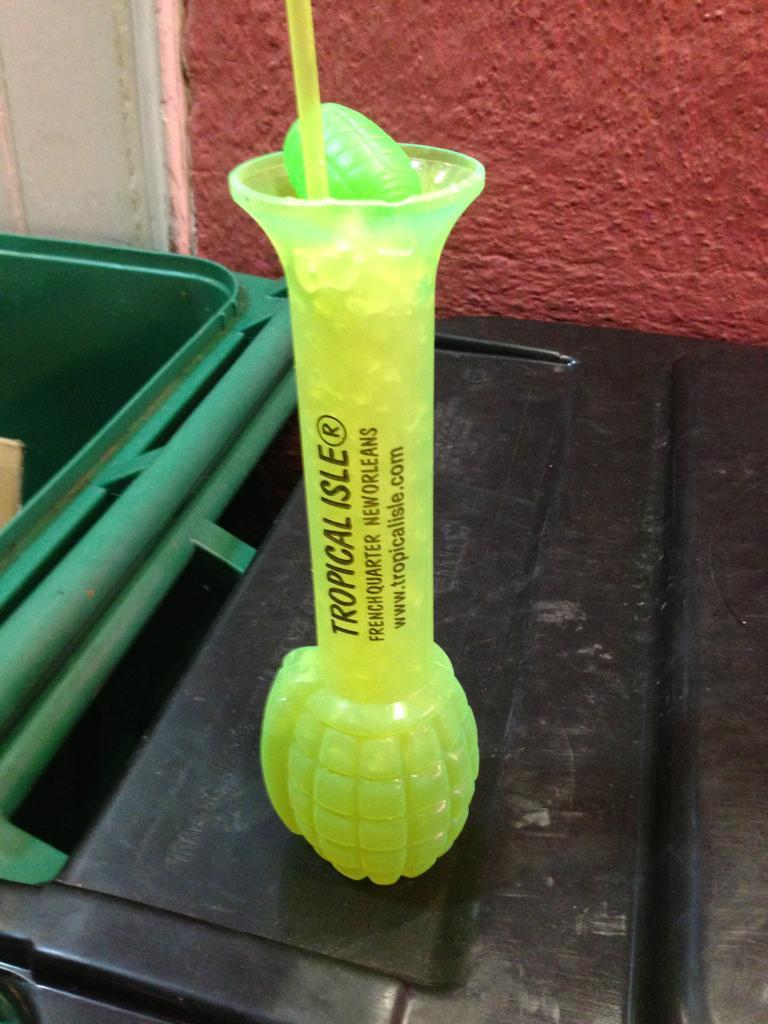 Way too much sugar. A friend of mine also said I needed to stop at one more location before I left… just something I had to do. 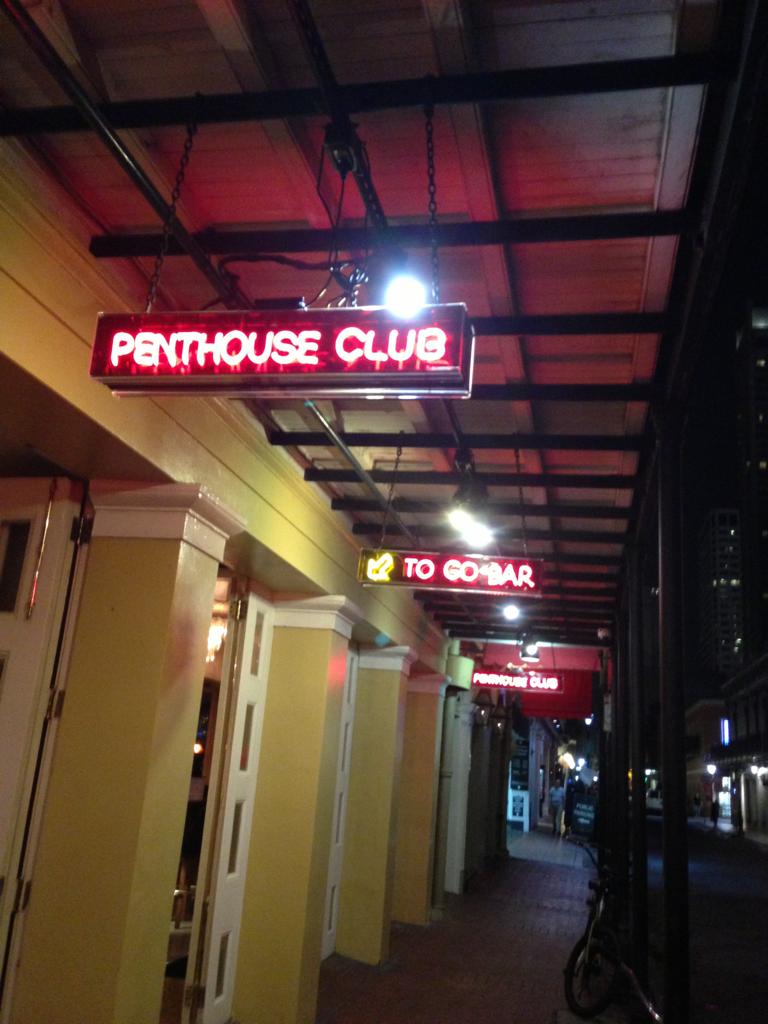 The next morning I slept in and plotted my route. I was feeling a little dehydrated so I decided to hop on the highway for the first 100 miles. 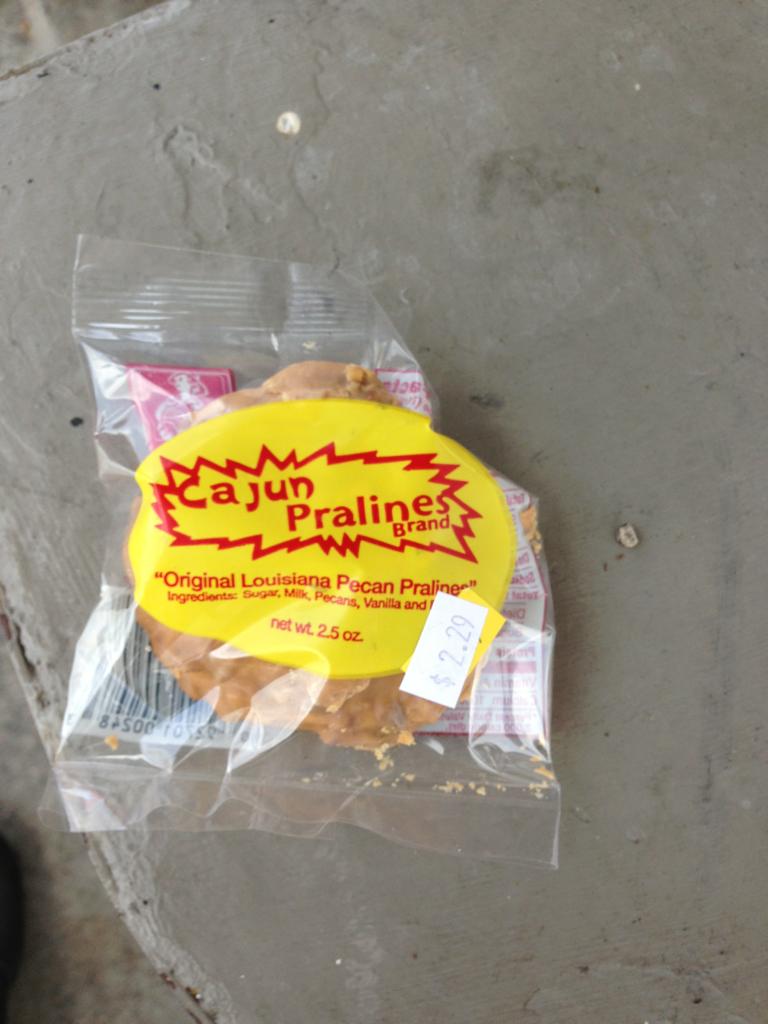 That cookie and pop tarts were to be my mid day fuel. The highway system is crazy in Louisiana. Most of the stretches are elevated above water with no exits for 20-30 miles. It is a crazy sight. 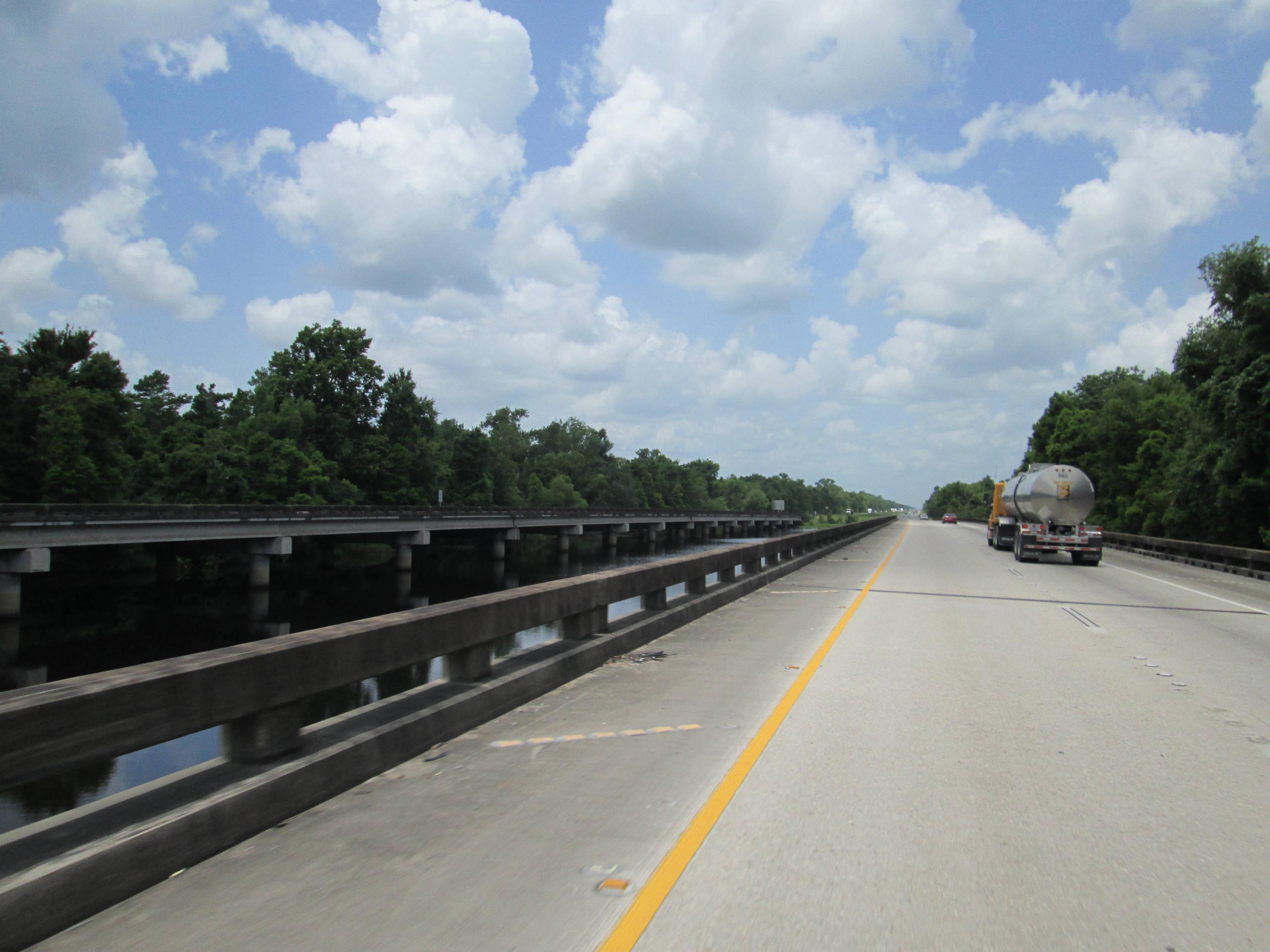 I was so close to Texas I could taste it. Unfortunately, Louisiana wanted to take some more of my money. I haven’t even bothered to see what the damage will be on this but after 4,500 miles I guess it was inevitable. I’m looking into buying my old radar because this could have been avoided. I haven’t gotten a speeding ticket in 8 years of driving/riding. 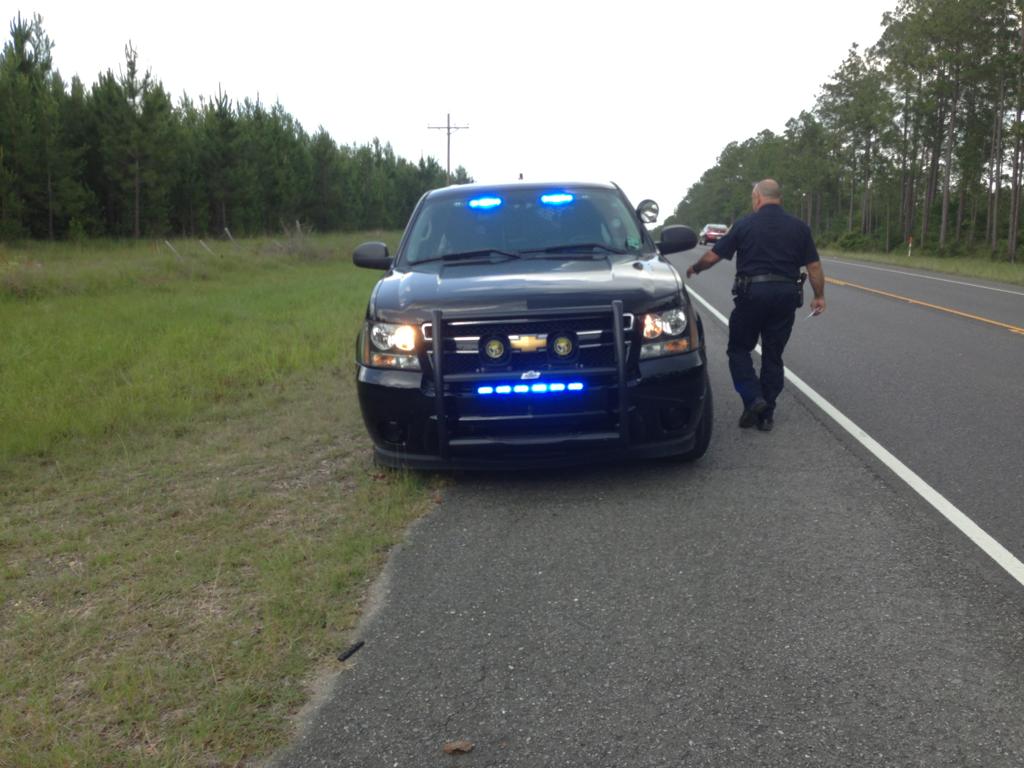 “Everything in Texas is bigger,” is a pretty common phrase. I’m going to have to agree. Right when I crossed the state line the roads even seemed to widen. 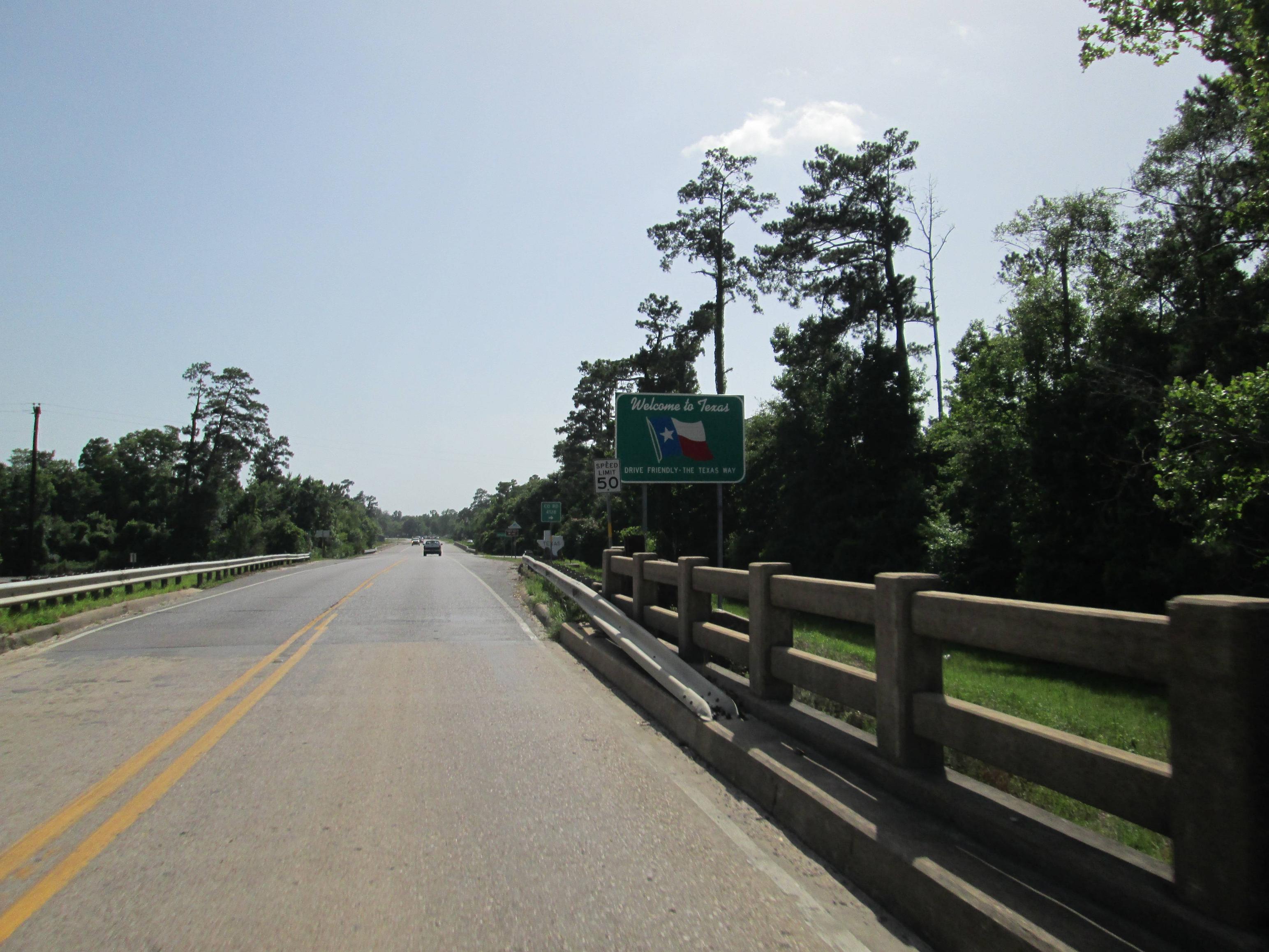 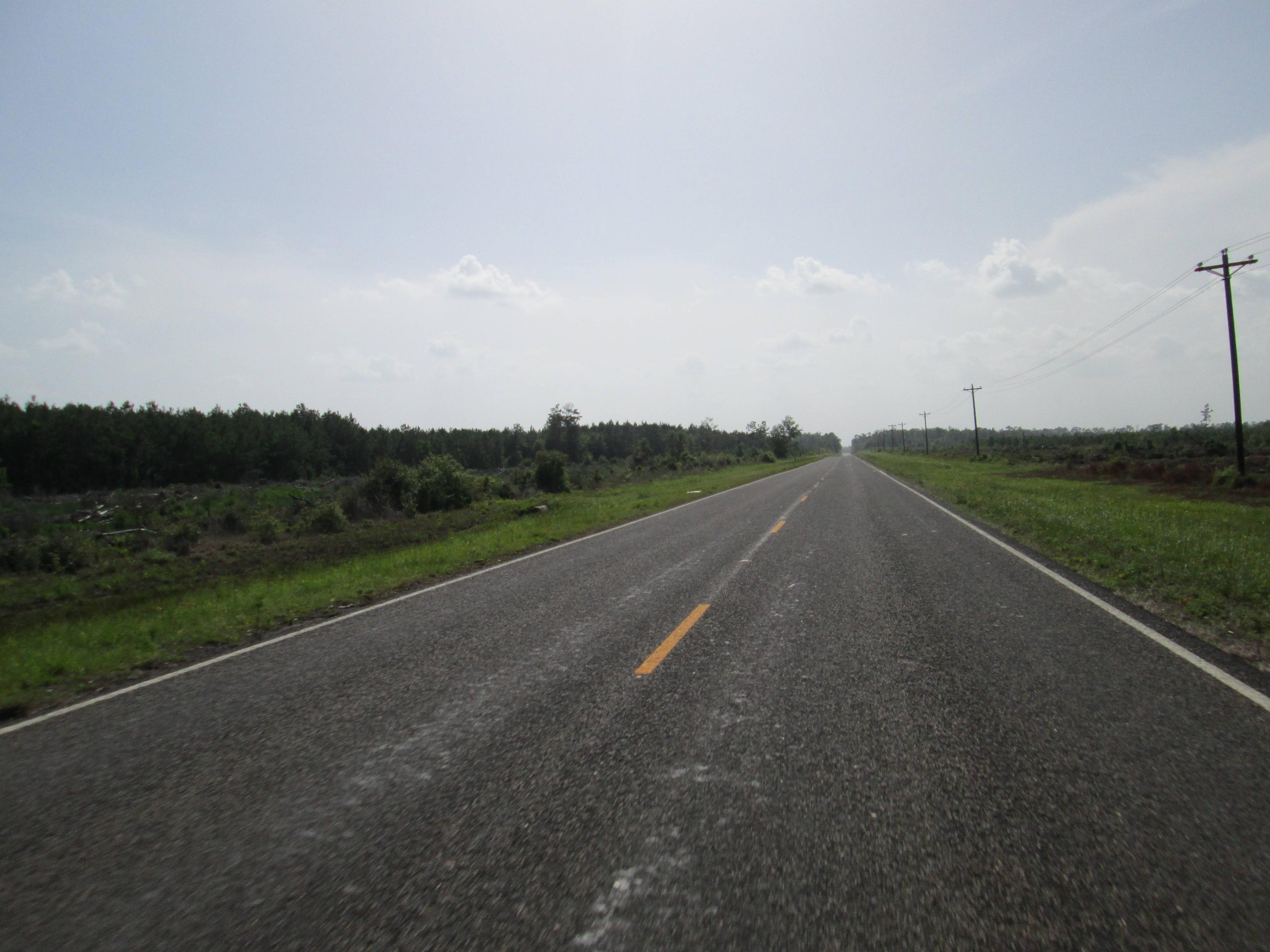 I’m staying with Wes and his daughter Ashley. I laughed so hard when he opened the door for Ashley and says, “holy shit! You found Chezz!” I was cracking up. I took a quick shower and then we headed to dinner. Chicken and onion rings… you can’t go wrong with that. 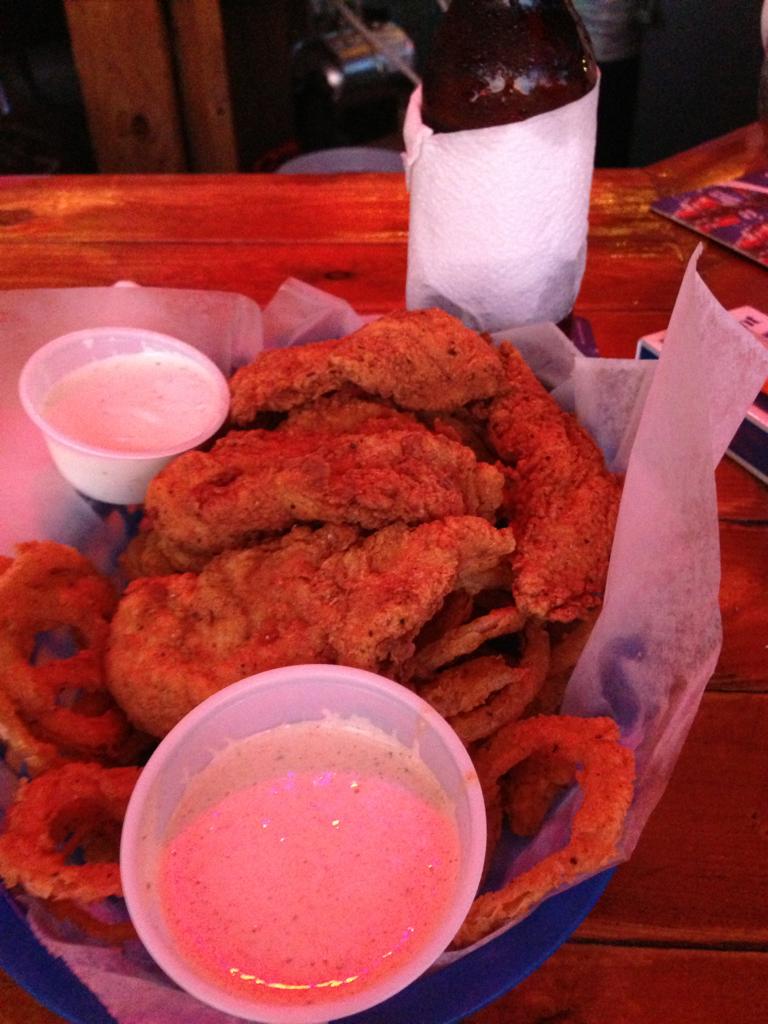 I met a few very interesting people while we were at dinner and then the bar. Southern hospitality is a real thing. 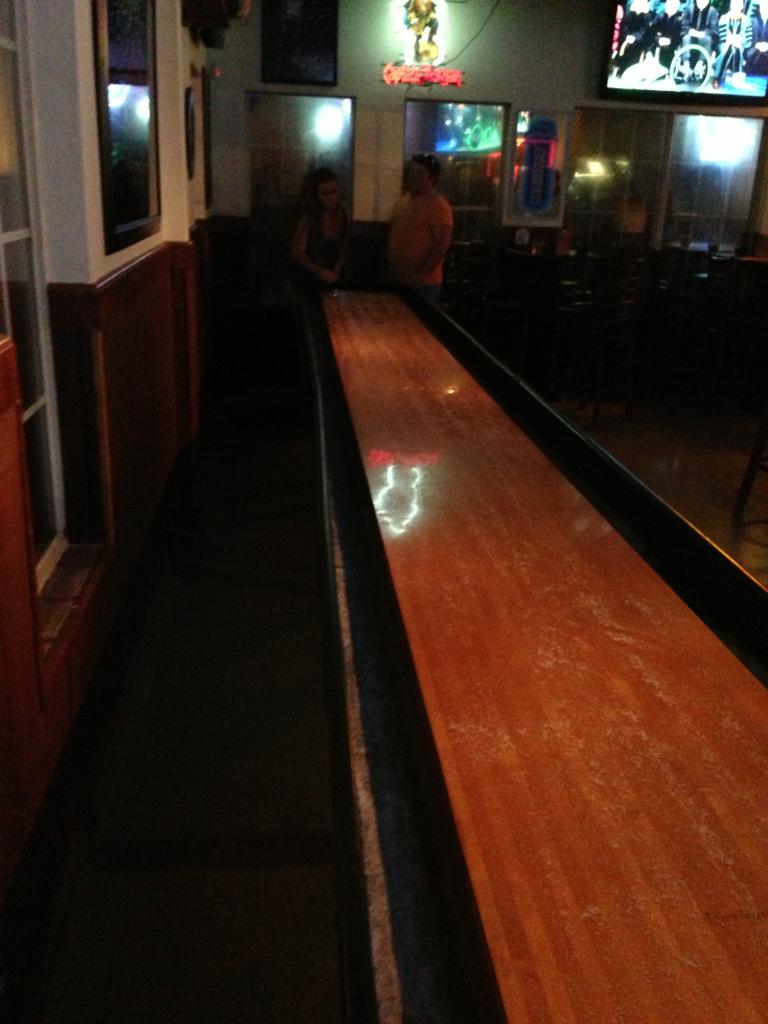 We shot some shuffle board. That is something I haven’t played in over 10 years. The girls beat us guys but it didn’t matter. The laughs that were had were worth the loss. Then I spent some time looking at this sign and could not figure out what the 51% stood for. I asked 4 different people and got 4 different answers. Finally I asked the bartender and he explained that if alcohol sales equal 51% or more of total sales then it is illegal to have firearms there. Amazing. 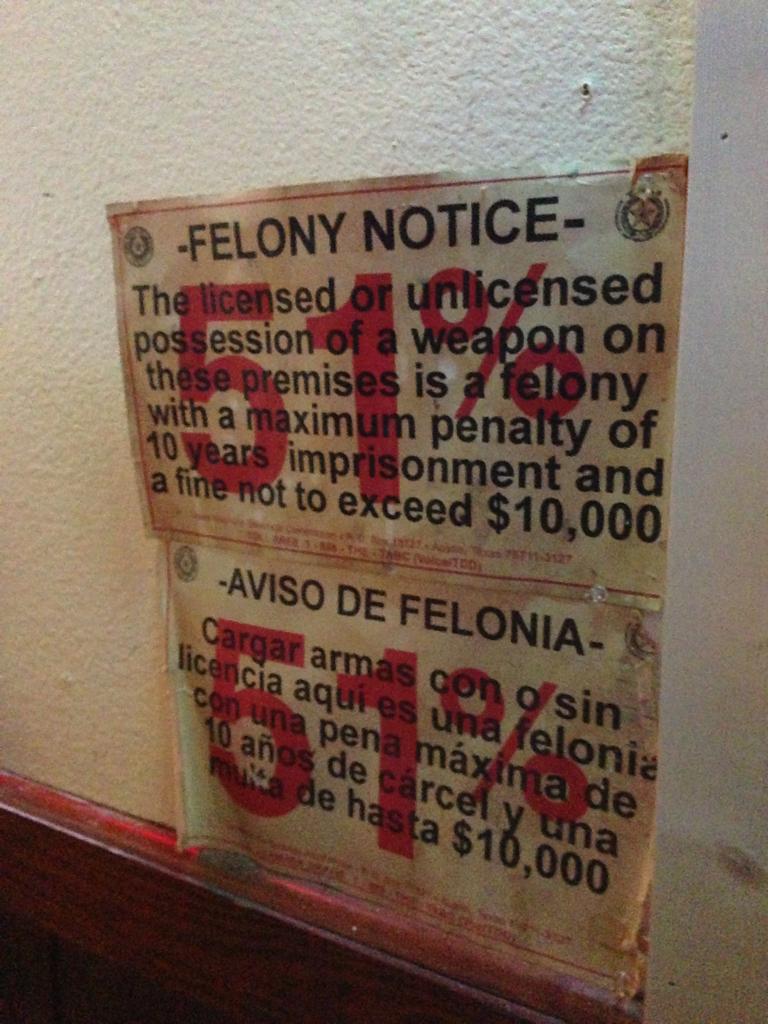 It’s now 1PM and Wes is going to take me to some event. I have no idea what to expect but that is all part of the adventure.