Today I embarked toward the Keys. I am ruling out Miami on this trip and will come back sometime with friends to enjoy that. A motorcycle tour with lots of bags and unwillingness to get a hotel just doesn’t make for a nice “going out” experience. I’m plenty happy where I’m at right now… trust me. Honestly, I did not know the keys were so far off mainland Florida. Then again I never really bothered to look into it since I never went on any crazy spring break getaways. The sun tried to peak its way out as I was setting up camp but the clouds once again overtook it. Luckily it only rained for the first hour and a half of the ride. Once I made it through the Everglades and crossed a few bridges I decided to grab some lunch. Since this trip makes me feel like a hobo sometimes it was only fitting that I stop at Hobo’s Cafe. 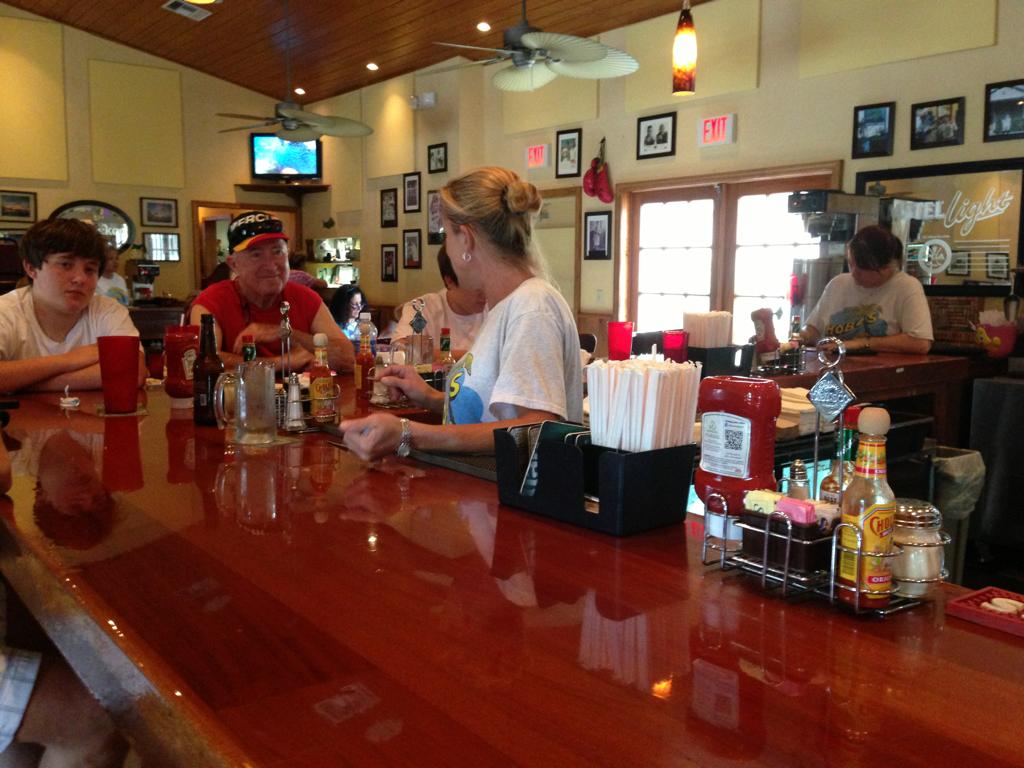 The service was excellent and I can’t even begin to tell you how good the blackened mahi mahi quesadilla were. 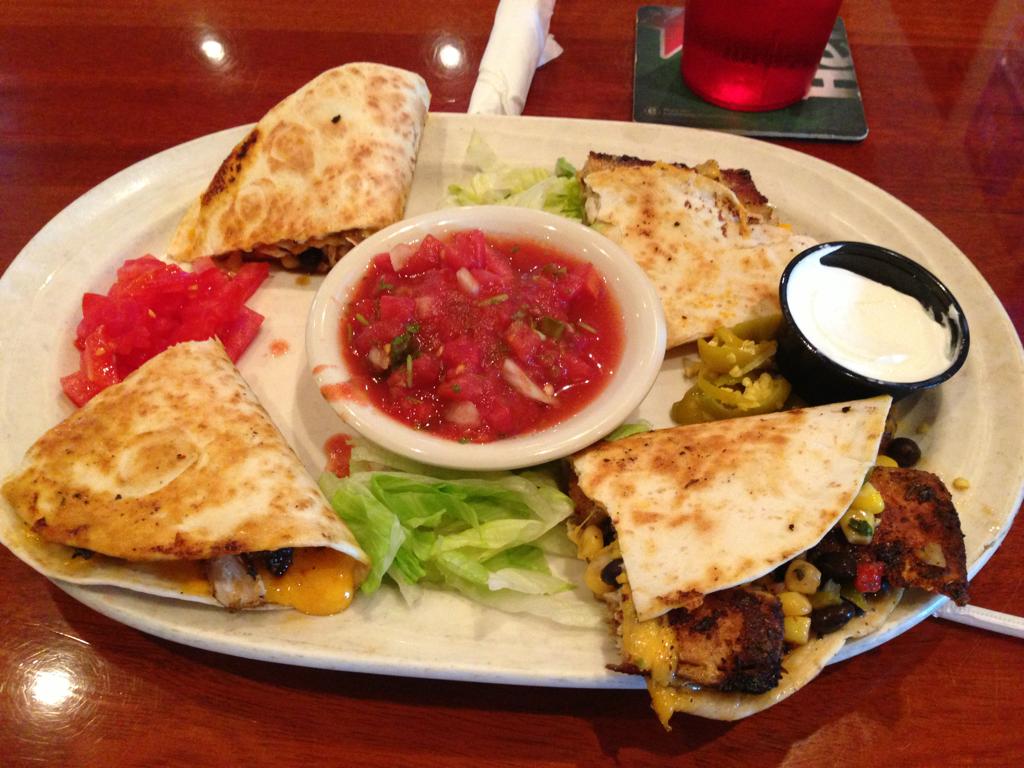 As I continued south I finally found a spot to take a photo right near the water. I wish I had time to take a dip but I decided to pass on having wet clothes and arriving at my campsite in the dark. 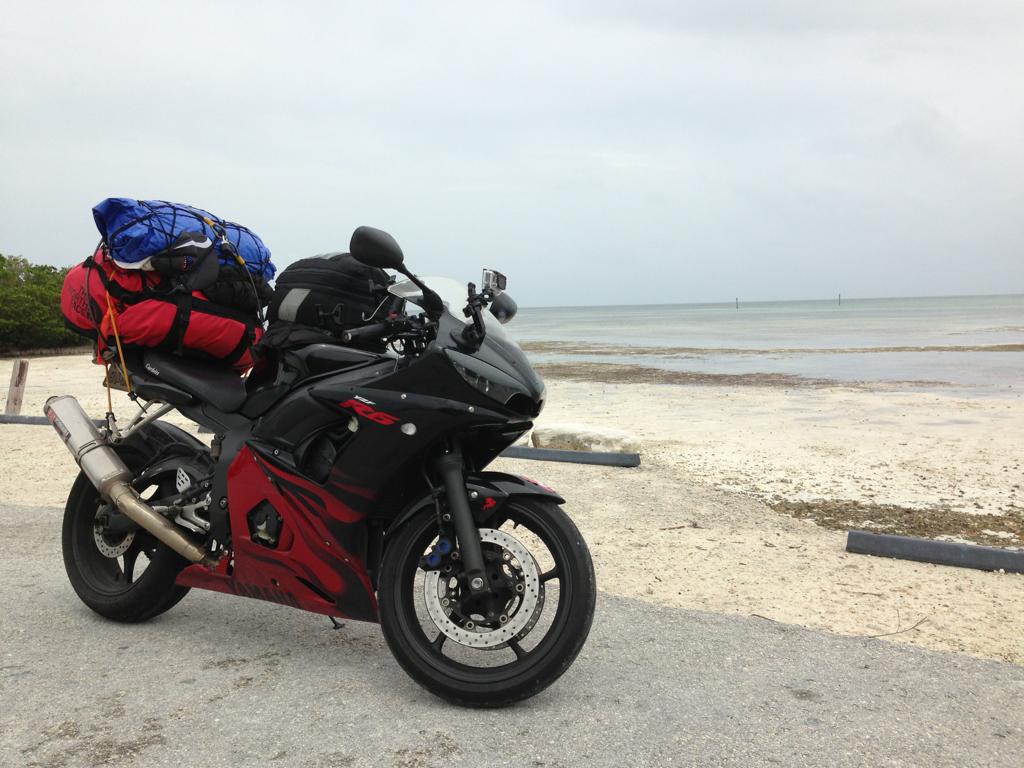 I arrived at Bahia Honda State Park earlier than expected which was nice. I set up camp quickly. I don’t think you can really beat the view my spot came with. 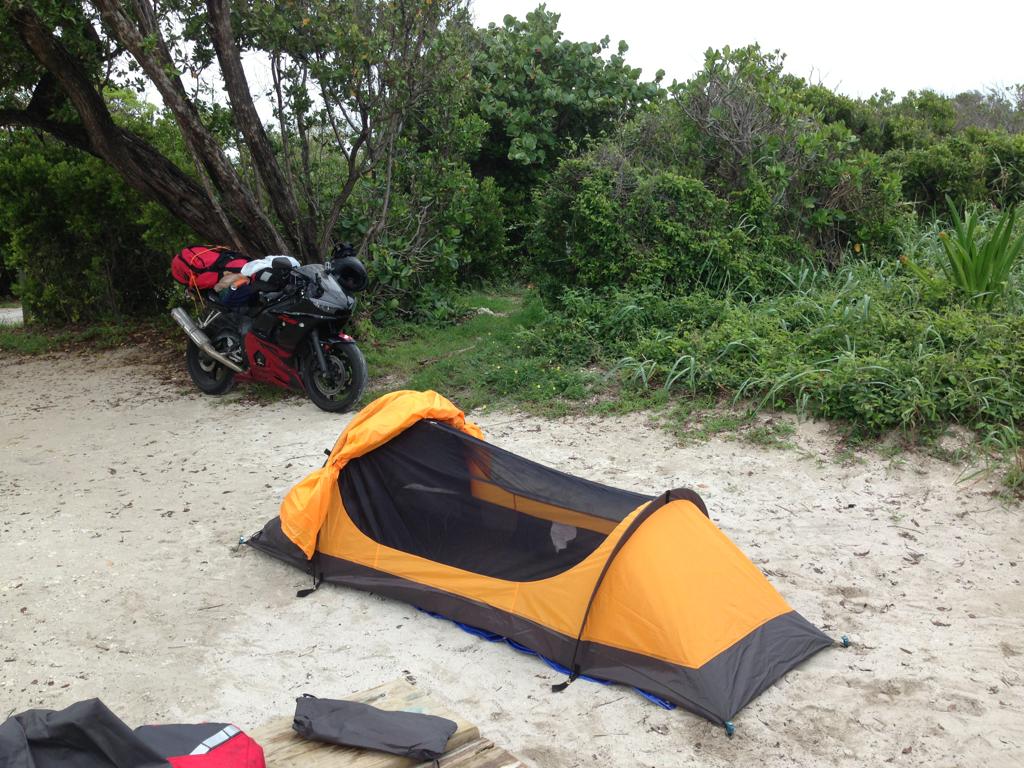 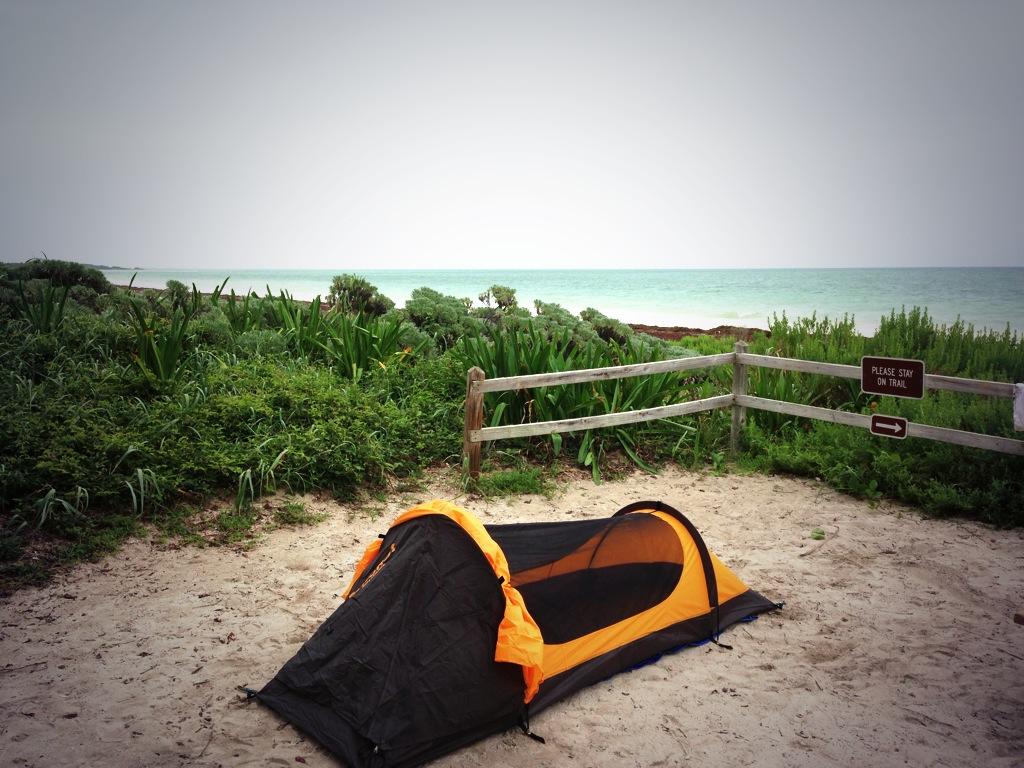 As with any of the long roads I have been traveling, you have lots of time to think… especially when you have no service to listen to internet radio. Today I found myself thinking about my ex-girlfriend. I’m not really going to get into that. I forced those thoughts out of my head and continued to enjoy the amazing areas I was riding through.

I was under the assumption that I would set up camp and then relax here at the site. Since it was so early I decided to take off toward Key West and go as far south as this trip would allow. I’m glad I decided to do that tonight because tomorrows weather is not looking as promising as todays. 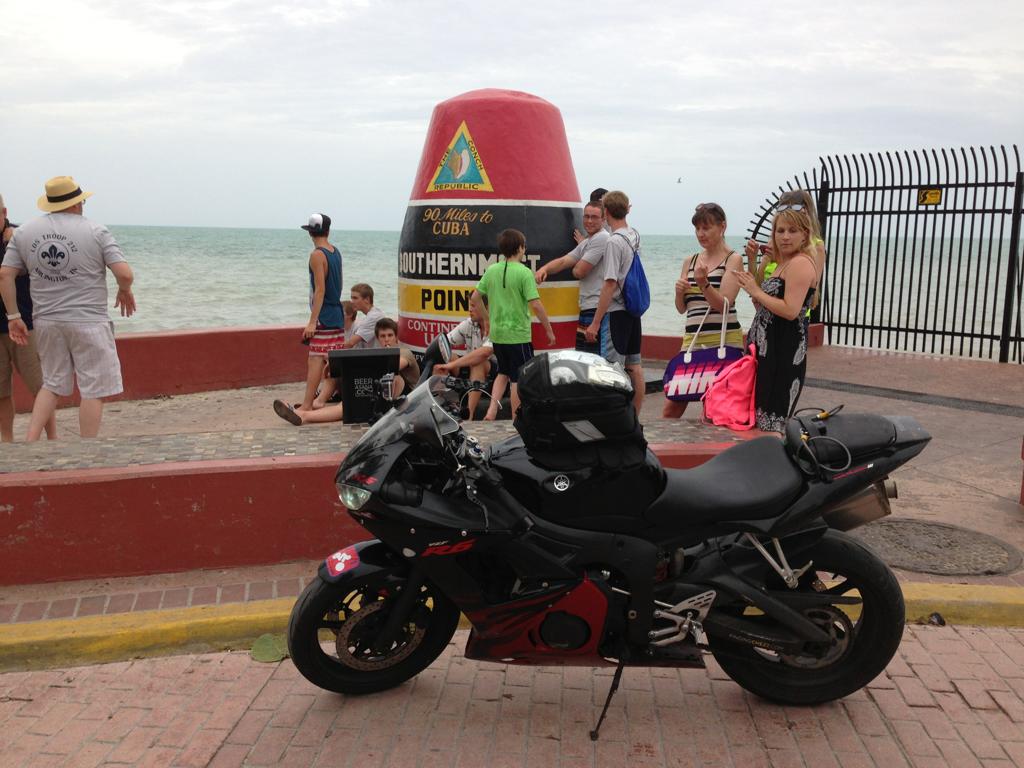 Right around the corner from that photo I happened to find exactly what I was looking for. 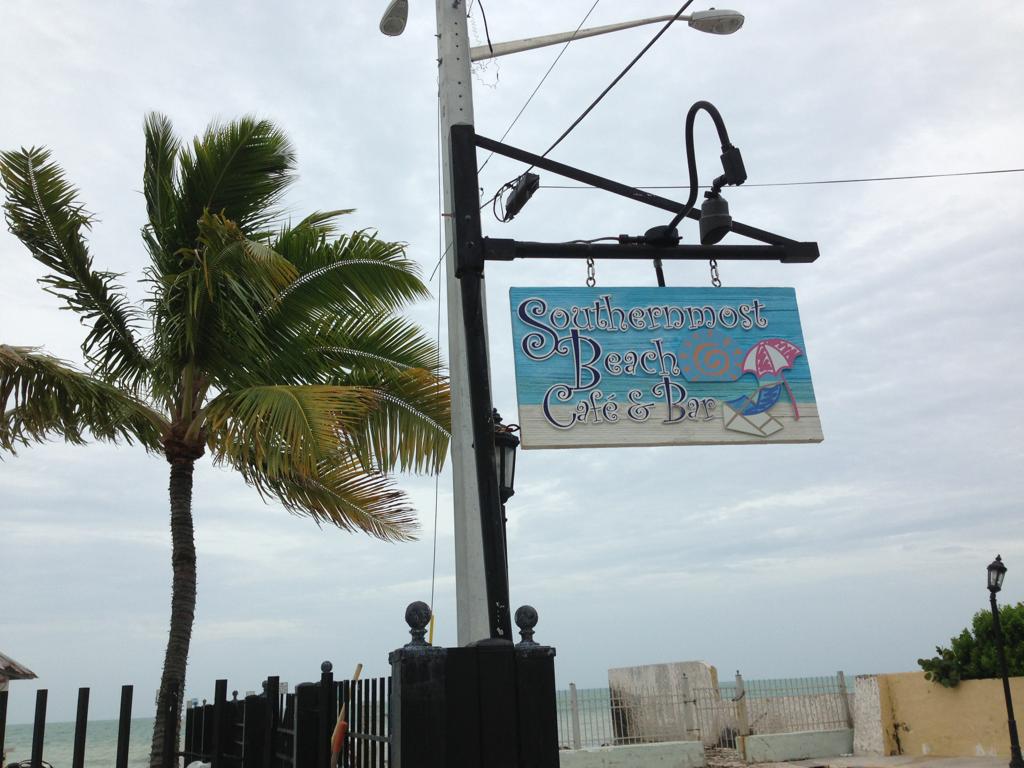 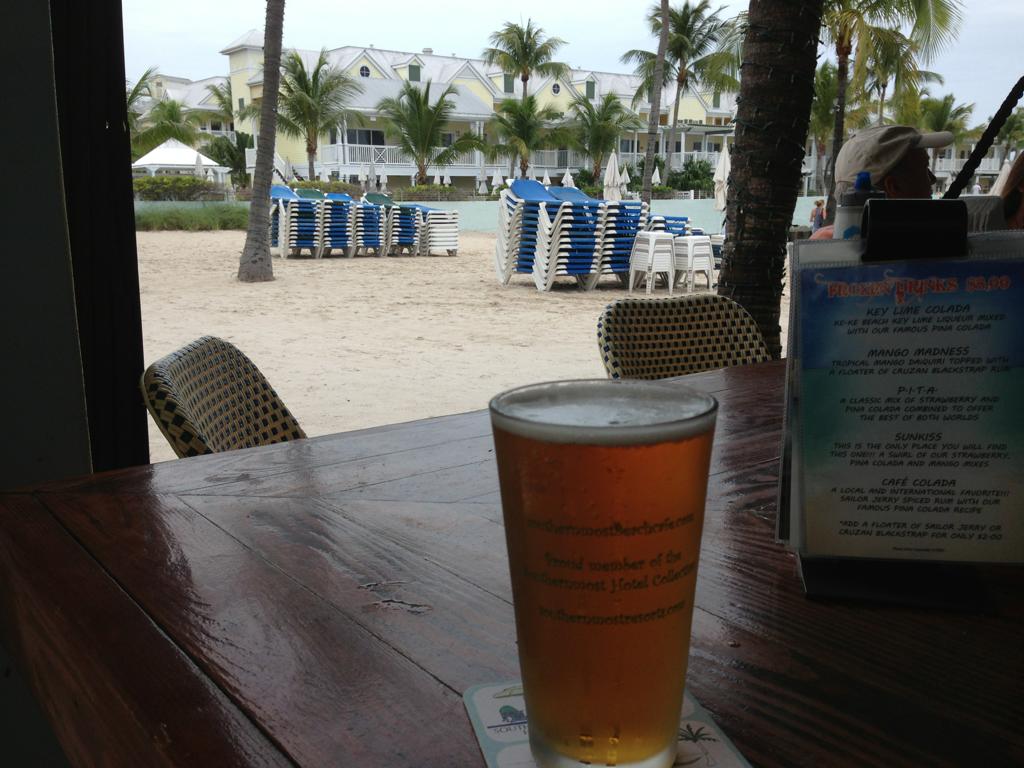 I grabbed my last meal for the day, soaked up the beachside cafe and bar atmosphere and then headed back to camp. Dave was a gentleman I talked with in Jacksonville who said that Orlando is where the south ends. I’m going to agree with him because it seems that once I was further south, I seemed to be surrounded by your typical Florida retreat folks. Key West gave me the same feeling. Couples enjoying the beaches from all over the world. I don’t have a problem with that but I still think I’m searching out those local establishments that actual residents frequent. I’m sure as I venture west and stay off the beaten path I will run into more of those environments. 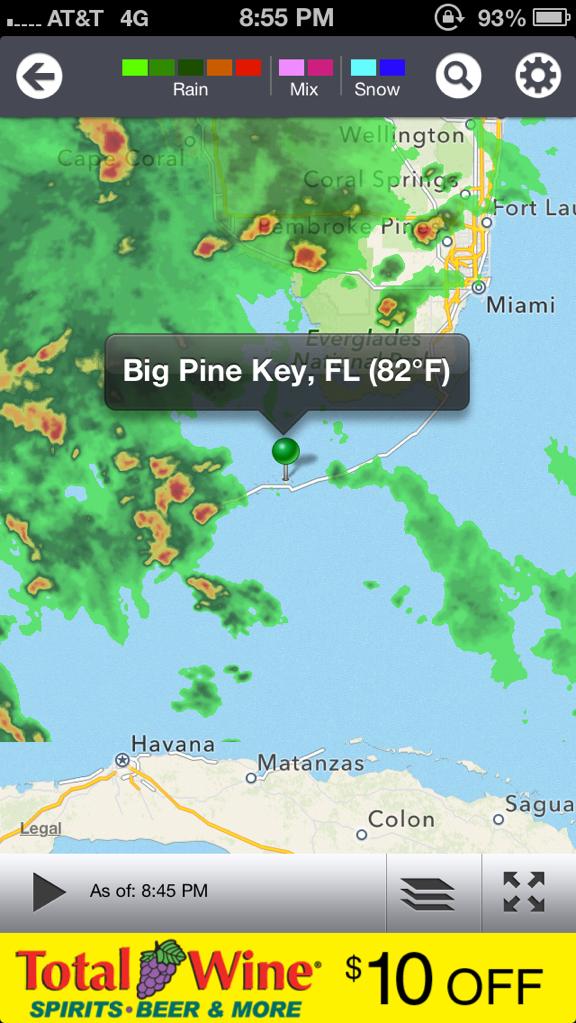 Right now I seem to be lucking out with this storm cell. The forecast is predicting some storms later this evening and tomorrow. I would be very thankful if that didn’t happen. My camp is setup in the sand right now so I’m sure I’ll be carrying around bits of sand the entire rest of the trip. Packing up a wet campsite is not what I would call an ideal morning but what the hell… all part of the adventure, right?

Oh yes, I even went in the water a bit. 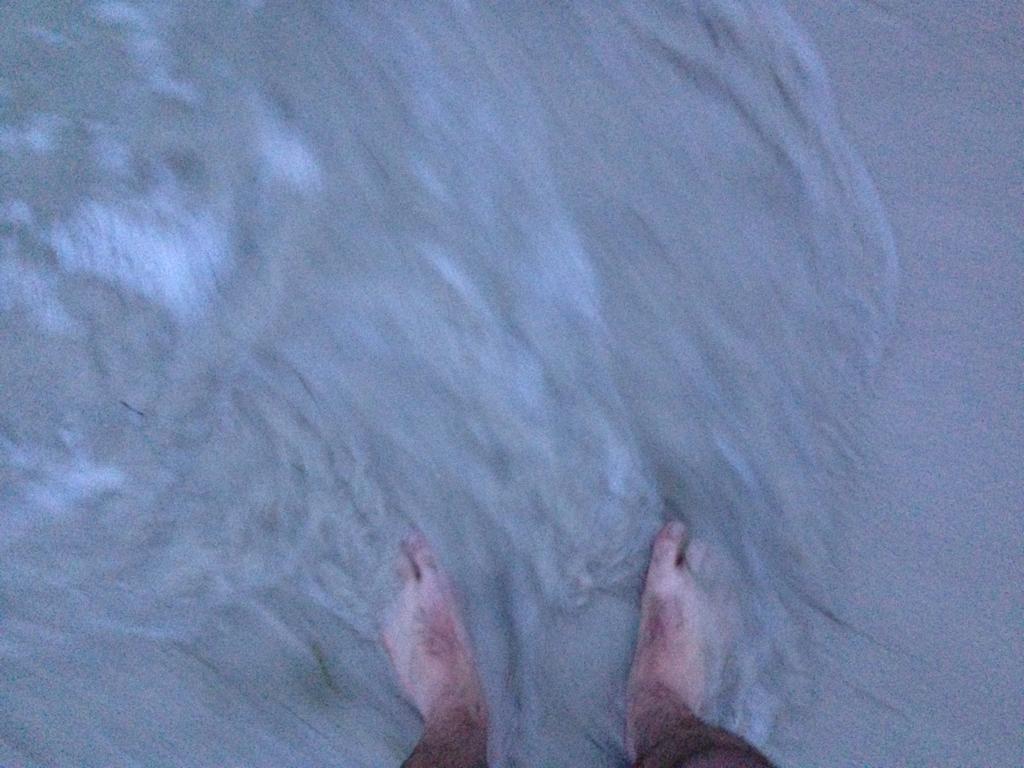 Tomorrow we venture back to outpost Naples and then the next day we’re heading west.