I would like to start this post by apologizing for that mid-day video I tried to post this afternoon. My friend suggested I film short videos throughout the day to upload. YouTube kindly flipped the video upside down for no reason. We will try again tomorrow.

A funny thing about this trip is that I seem to naturally wake up around 7AM. I say it is funny because before I departed Chicago I couldn’t seem to get myself up before 10AM. I blame my extremely comfortable bed. Today was my first effort to slow down. Instead of getting up at 7, I got up at 10 and by 1040 I departed Corrie and Daniel’s home. Today was going to be the day that I tried to take at least 1 picture every 100 miles. I also started listening to that little voice in my head that says, “That looked cool. You should turn around and check it out.” 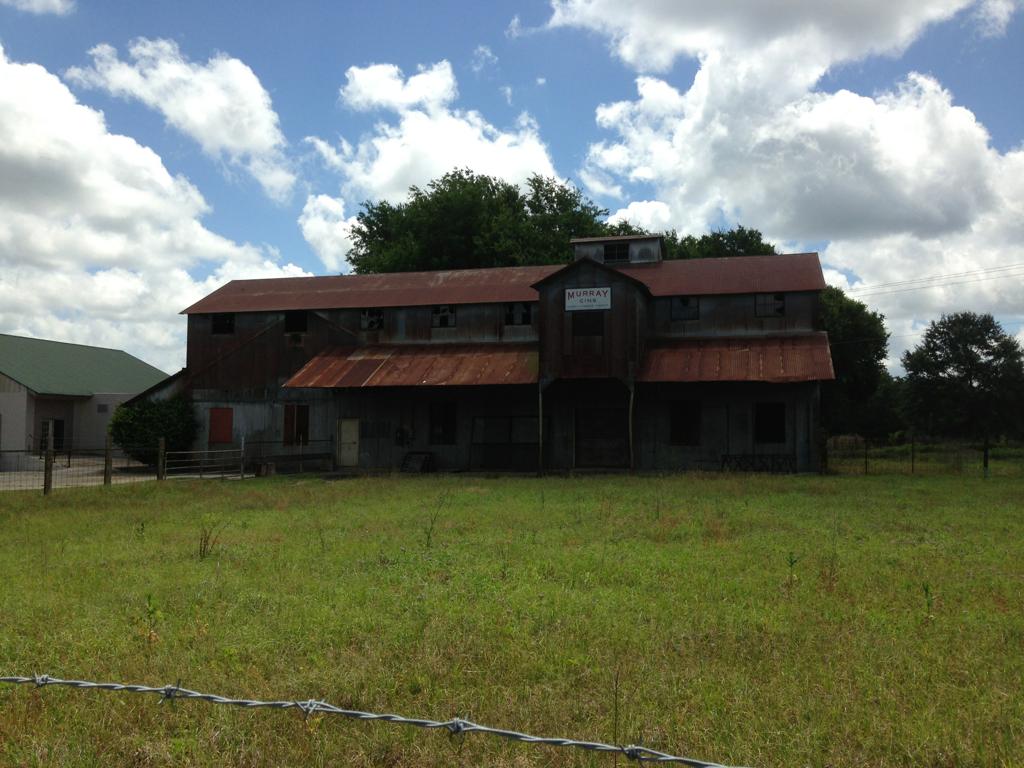 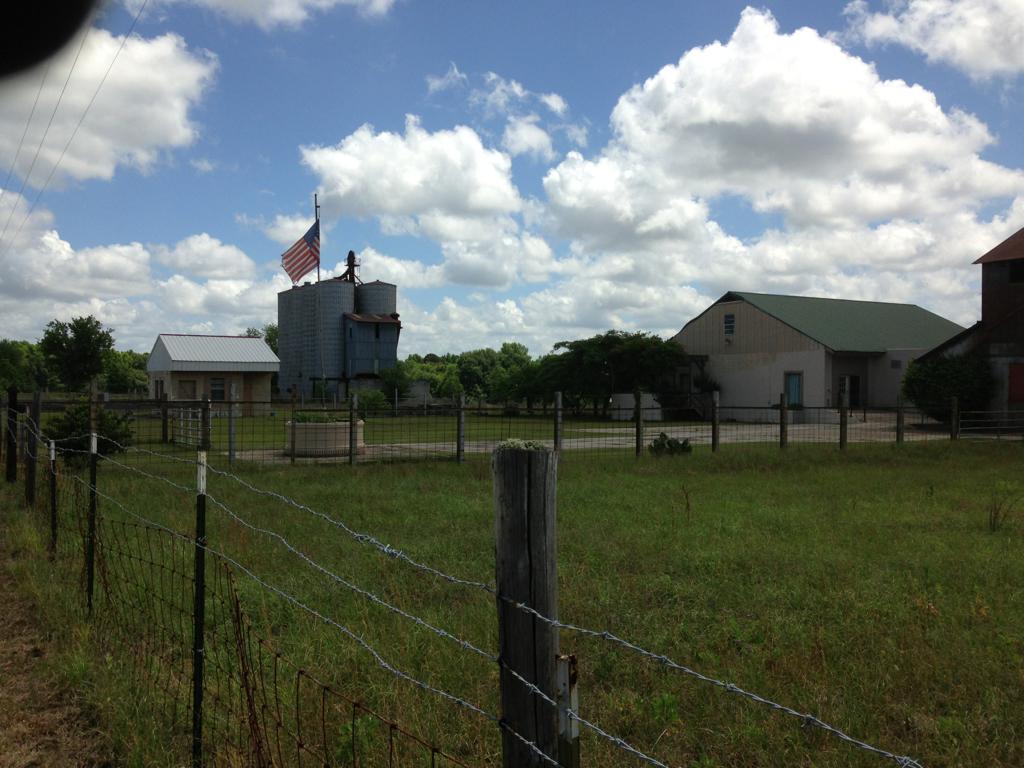 The best part about these pictures is that I did no editing/enhancing at all. All those colors, as vibrant as they are, are 100% real.

I spent a majority of the day traveling the back roads of SC and GA. The weather was fantastic. I did notice a common theme among the roads I traveled. Abandonment. If you asked me to keep track of all the abandoned buildings and homes I saw I would have lost count after an hour. This brought me to thinking about my home state of IL. What would I see if I didn’t take the highway? Would I see similarities? I will be looking into that when I get home. 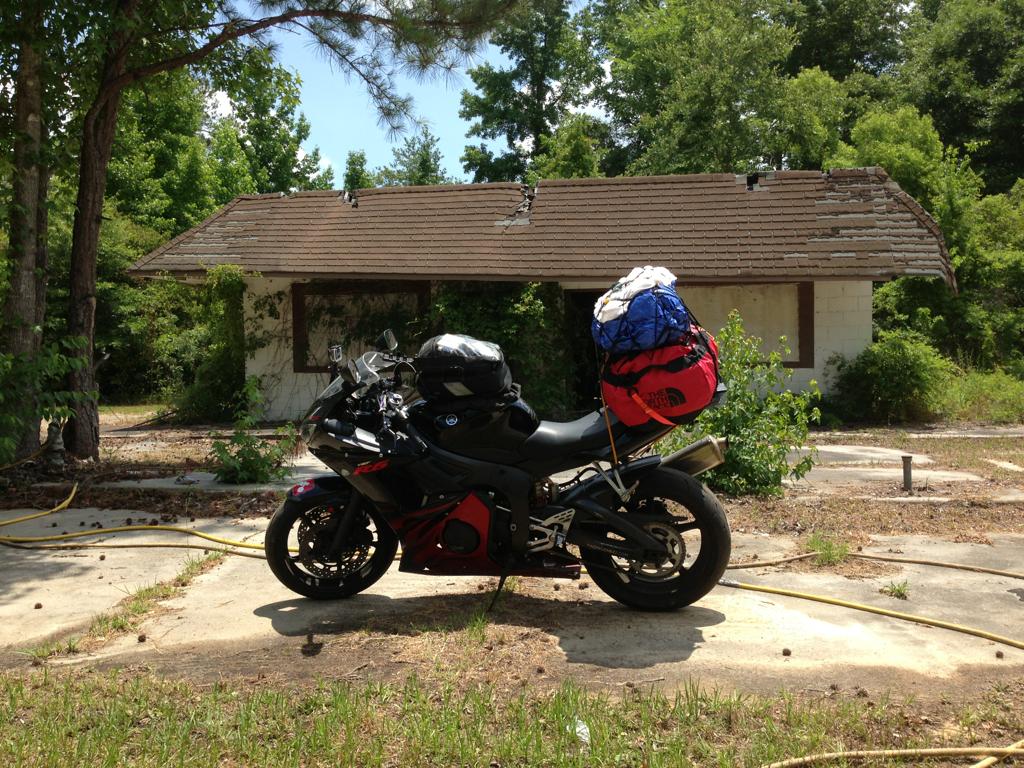 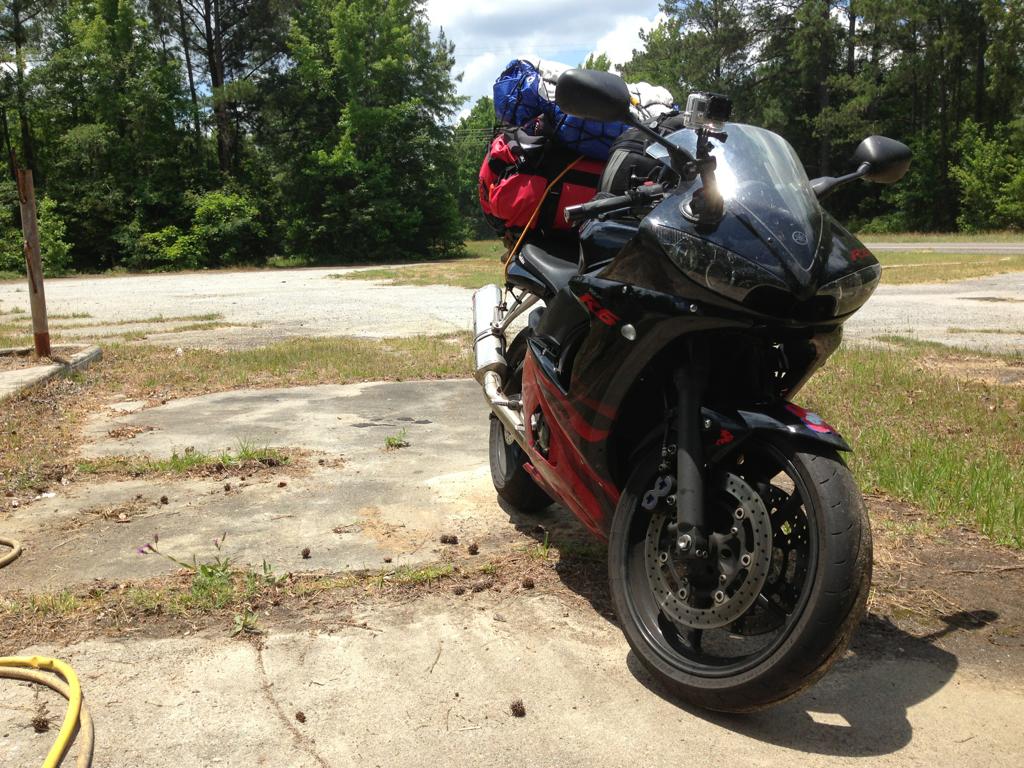 Another observation I had both yesterday and today was that as I traversed NC, SC, and GA, people actually relaxed outside the front of their homes. Some were sitting on the porch. Some working on their cars. Some just sitting in their lawn.

I have riden past a million farms on this trip so far and to tie into my previous point, some of these large plots of farm land only seem to have a small home located on them. I once again had questions with no answers. Do folks out here really live a more simple life? Are they able to enjoy the little things and not have a desire to spend their money on bigger televisions or the latest Apple product? Or was the farming not profitable enough for them to expand to a lavish lifestyle? I know many people who can own 10 BMW’s but choose not to spend their money in that way. By the same token, I know people who drive BMW’s and can’t afford them. I thought about pulling up the driveway of one of the farms with activity to speak with them but I couldn’t muster the courage to. I also didn’t know how I would start a conversation that would ultimately ask them a pretty large question about the way they live. 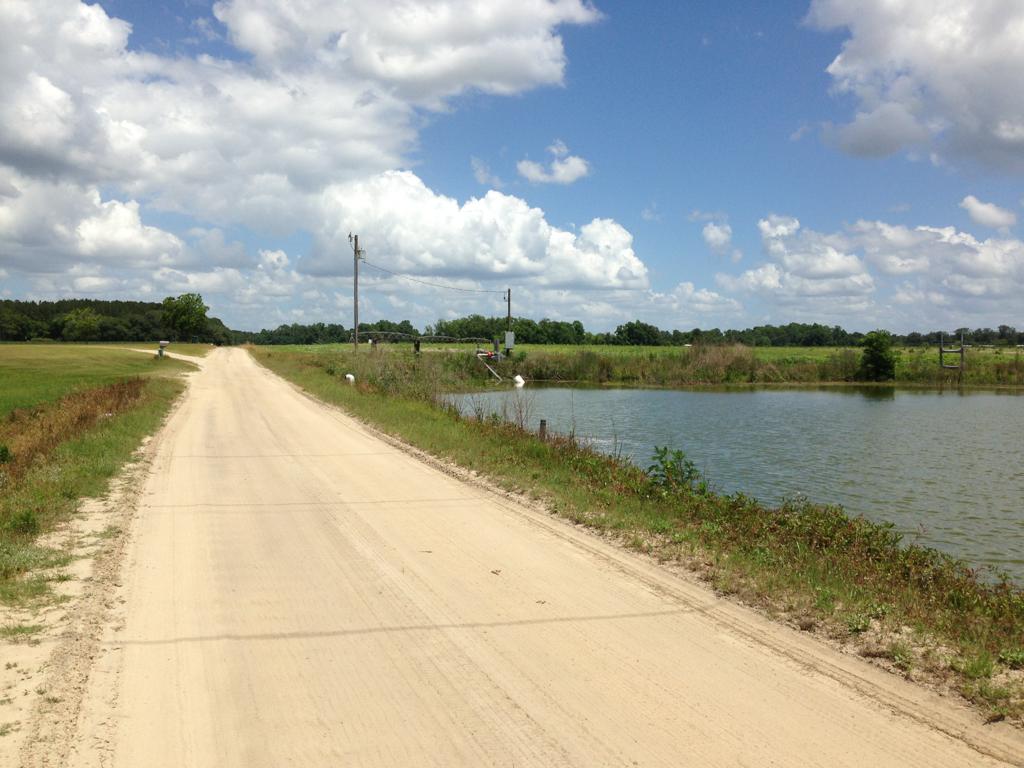 I wanted to take a nice picture of the bike by this lake I stumbled across but unfortunately I couldn’t because you can’t really put your kickstand down in sand unless you have something to support it. I didn’t have anything at my immediate disposal so I continued up the sand road to do a u-turn in someones yard/driveway. Note to self: riding a motorcycle in sand is hell. I would take gravel and dirt over sand any day of the year.

While in GA, I decided to grab a quick lunch from something off the beaten path. I’m proud to announce I have not yet eaten in any chain restaurant or fast food joint so far. 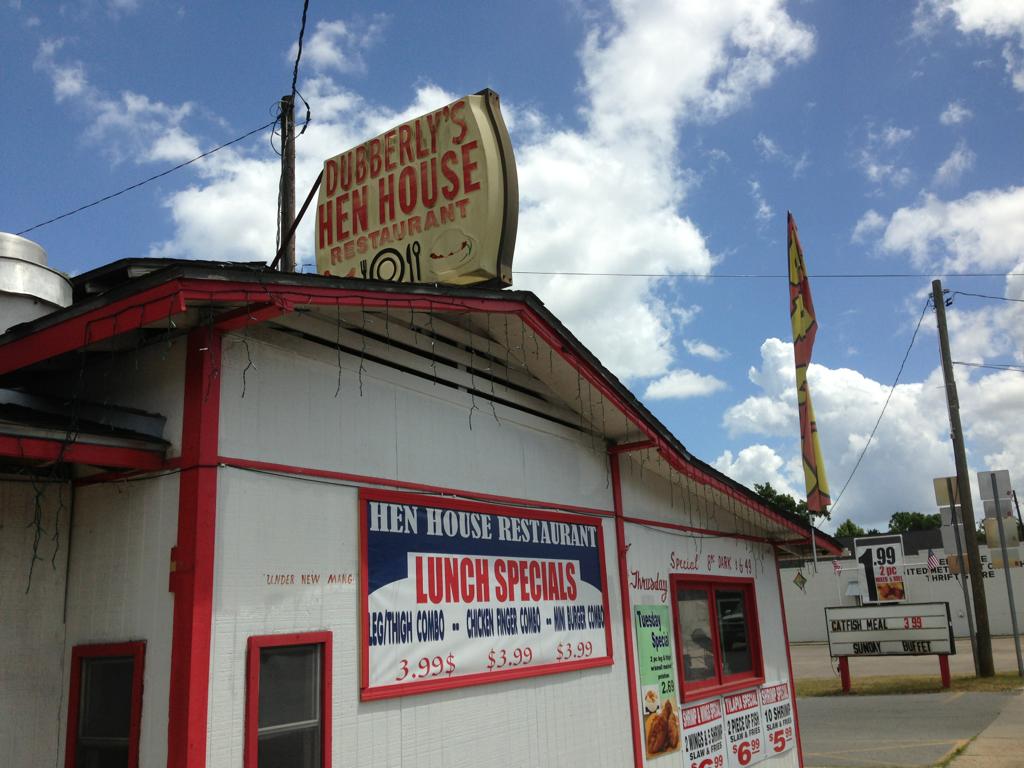 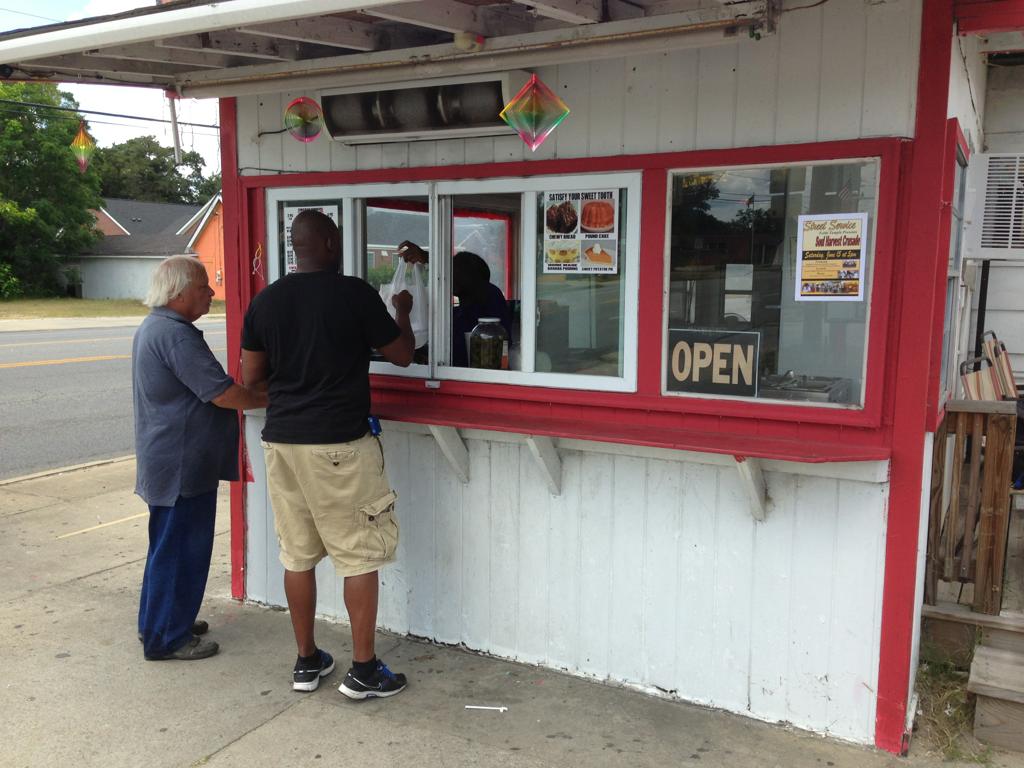 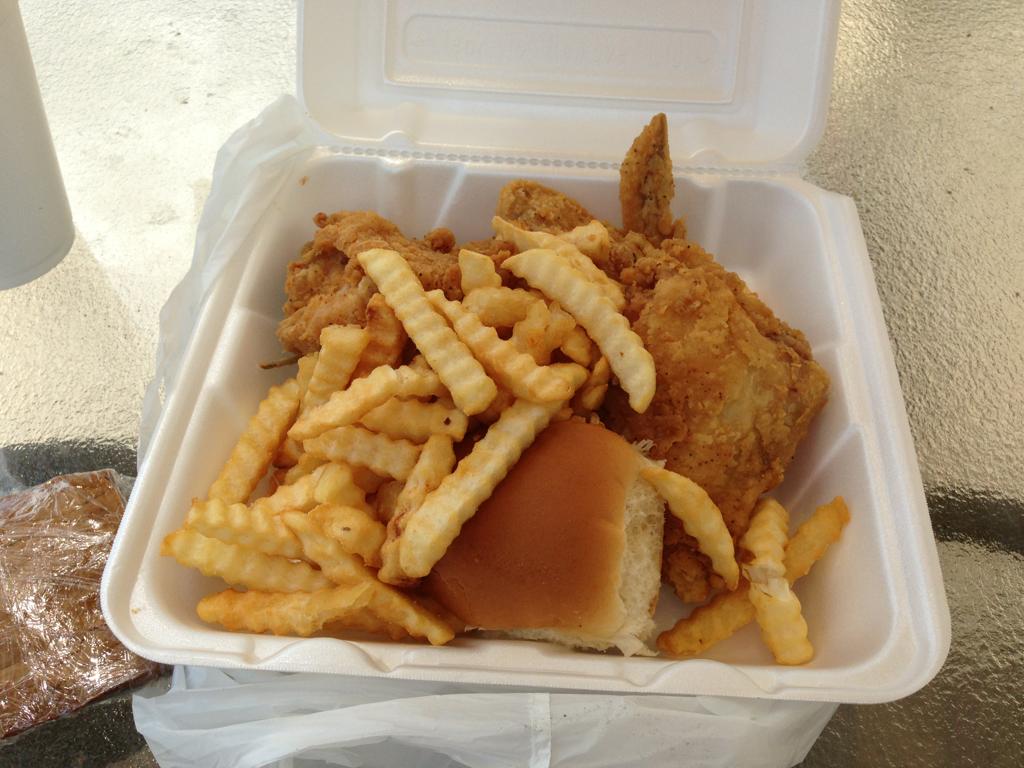 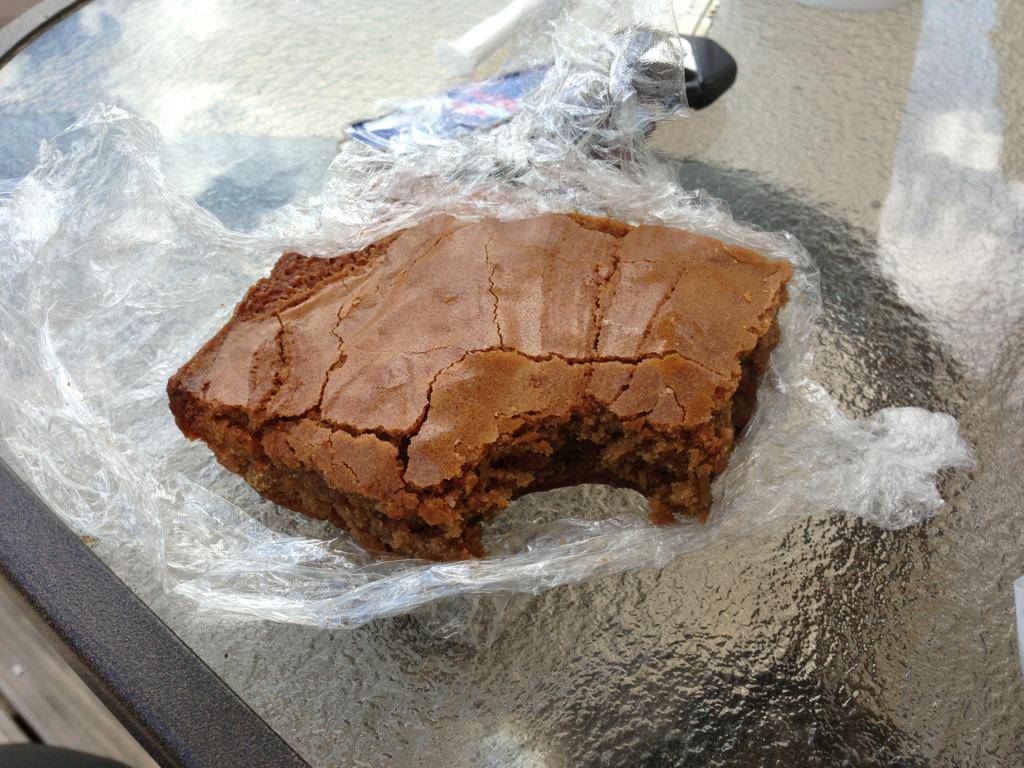 So much food for so little money. After I ordered, I decided to get a desert. I said, “and I’ll take a brownie too.” She said it was a “spongy bread” or something bread. I can’t remember now but it was certainly a brownie. I ate that first because let’s face it.. I’m a child. Two fellow patrons struck up a conversation with me about where I was heading. I always feel bad when I have to say, “excuse me,” because I was unable to understand what someone said. The accent was thick in these parts. They talked to me about how this was fall weather and it was only going to get warmer and more humid. They commended me on my journey so far and wished me luck.

I made it to FL and even did a little dance for my GoPro (footage to come later this week). I was also greeted by a train that decided to start moving from a dead stop right as I approached the gates. 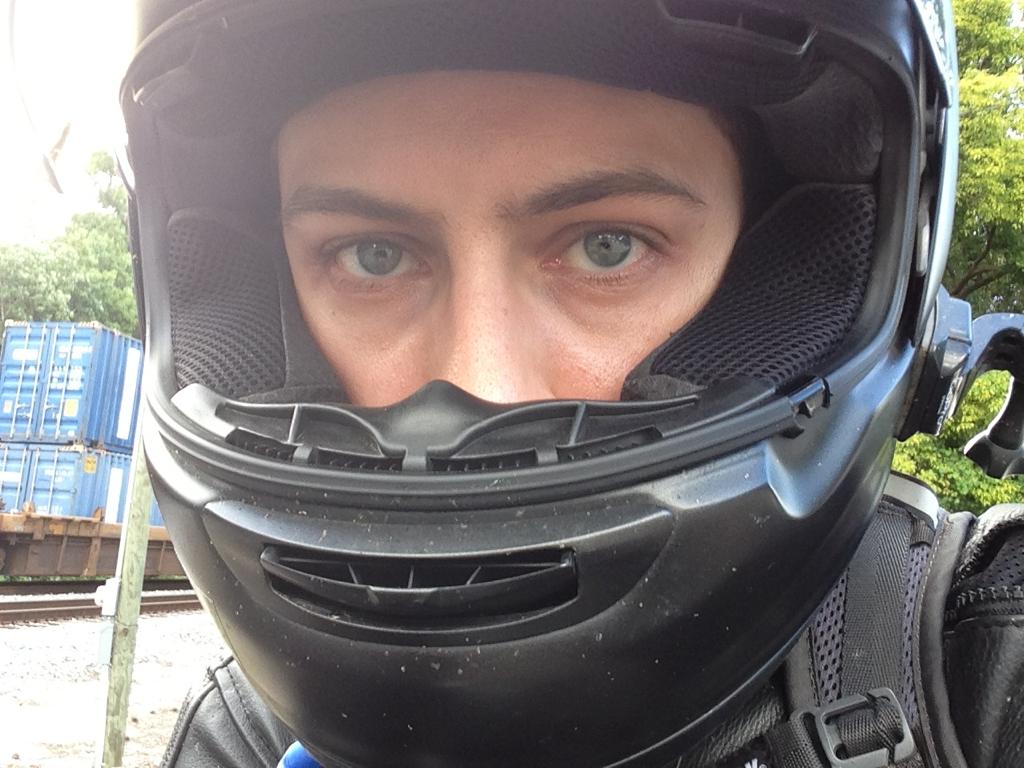 Instead of getting mad I ended up having a conversation with two gentleman who lived in Jacksonville and complimented me on my bike. They talked about how Jacksonville really isn’t a nice place and how hard it is to get a job. He emphasized the fact that nobody will hire you without your GED. That is the second random conversation I’ve had on this trip where GED was brought up. It is times like these when it hits me square in the face just how lucky and fortunate I am. I don’t recall many people dropping out of high school where I grew up but who knows.. Maybe if I ventured off the beaten path I would hear similar stories up north.

I arrived at my home for the evening and took a quick shower. Check out that neck tan! 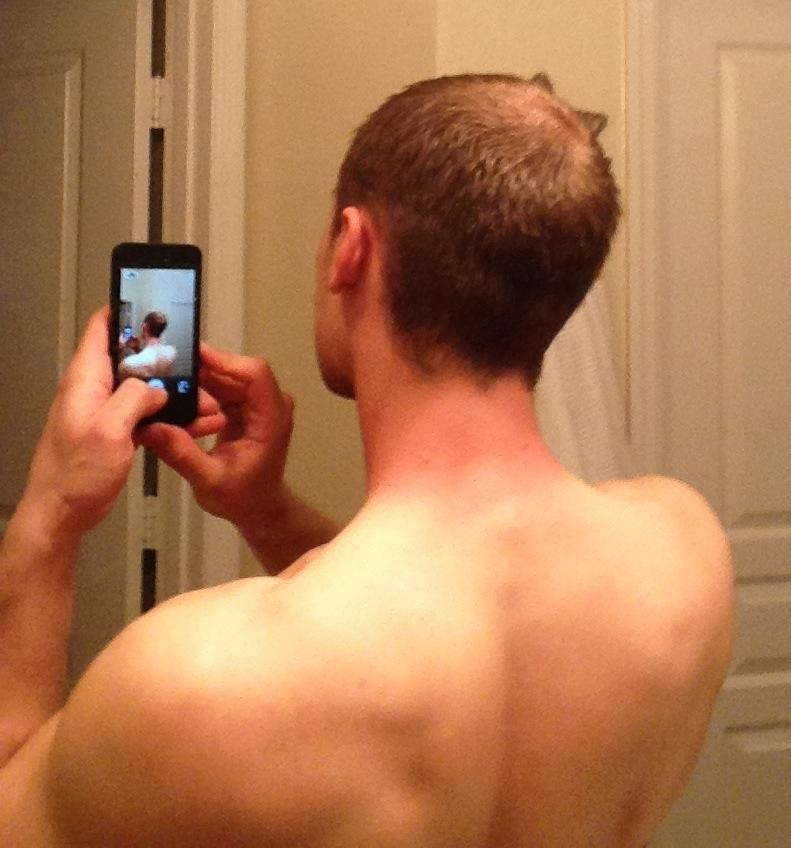 Off I went.. right around the block to Island Life Grill. 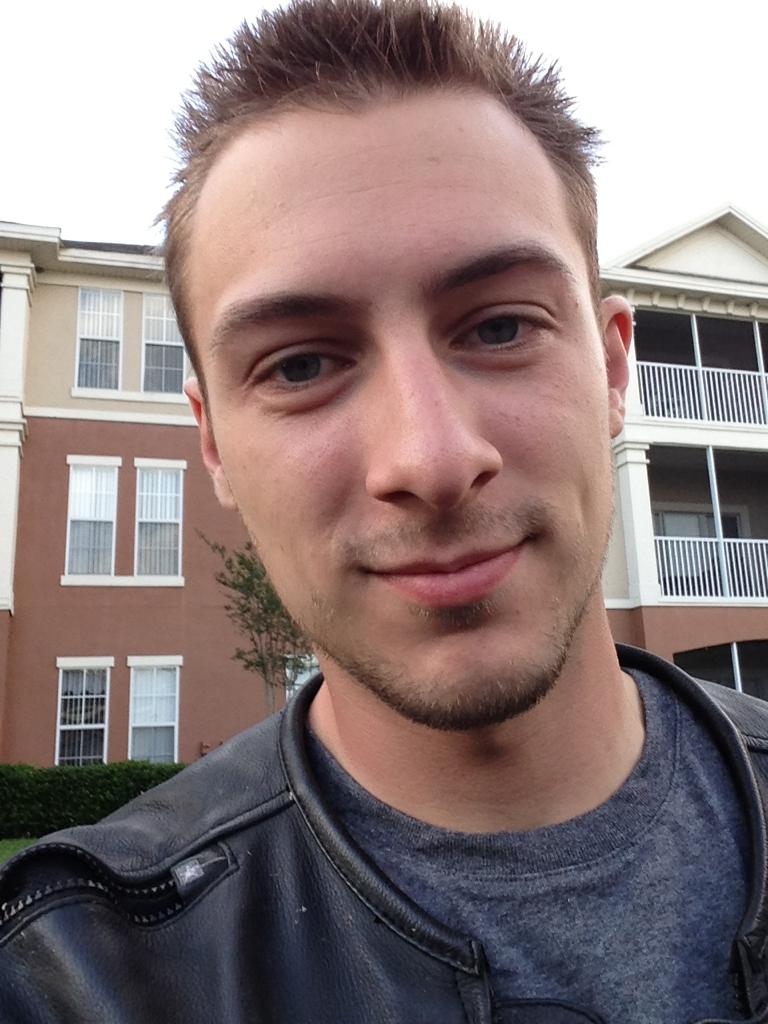 I forgot to take a picture of my chicken skewers but they were great. As I was conducting my nightly phone calls I happened to get involved in a conversation with two couples who were sitting near me. I’m glad I didn’t hold my tongue and sit idle because it was some of the best discussions I’ve had this entire trip! Instead of having my dinner and heading elsewhere I ended up staying to chat for over 3 hours. Venturing off the highways was a great choice but venturing outside of my comfort zone has been even more rewarding. I’m looking forward to more encounters like these along the way! 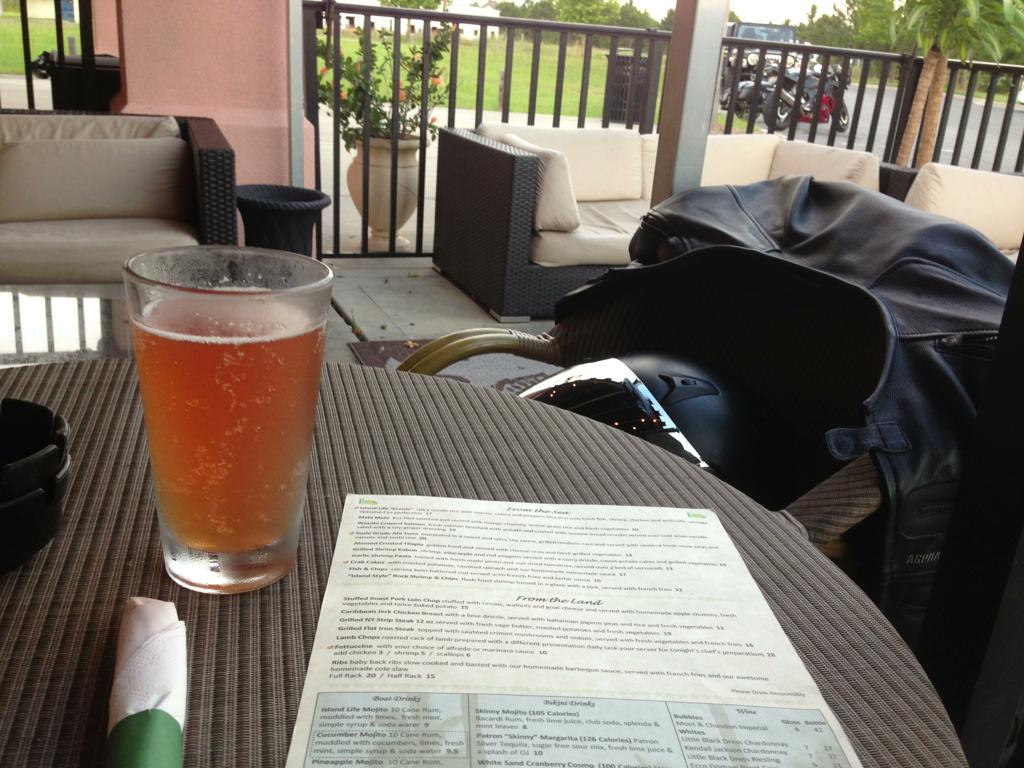 Oh yea, that’s what my bike looks like. Figured I would snap a photo to remember. 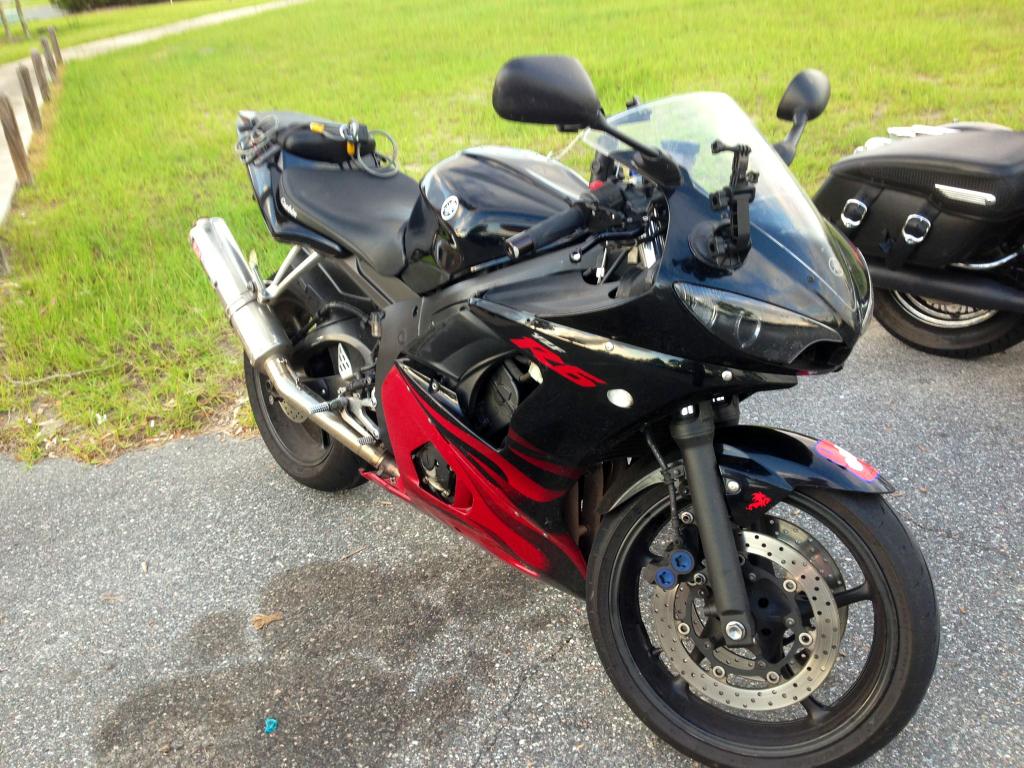