I’m a great blogger because I forget to write things in my articles. I shall catch you up in chronological order. After I took a morning shower at the campsite, I noticed a park ranger driving away from my belongings. He came up to me and said, “Are those your things?” I told him yes and asked what the problem was. It turns out I wasn’t even at my camping area. I pitched camp in the parking lot of my area. Once I assured him I had a reservation and didn’t sneak in after midnight all was well.

The second to last picture in my previous post is by far the best beer I have ever had. Can’t thank you enough German. I’m buying you dinner next time I see you.

Let’s talk about today. I was up early and on the bike by 8AM which is exciting since I always start at 10AM or later. German set me up with a mountain route so I did that first. It was pretty awesome! I don’t know why I didn’t fire up the GoPro. After that 2 hour ride I needed to decide what my game plan was. I could either stay in Virginia for one more day or start heading south. I stood inside a gas station for over 30 minutes calling various camp sites in NC to find that every one of them was booked. Dammit. Then I started getting nervous. I guess it is time to try the Airbnb app. Oh wait, it keeps crashing even if I delete it, reinstall, and hard reset my phone? Great. Luckily they have a mobile website and I found a house with some great reviews. I sent a message asking if it would okay that I arrive at 9PM or later. I’ll touch on this more later in the article.

I plotted out a route to Columbia, SC. At the next gas station I would check if I received a response from Corrie and Daniel (Airbnb). When I was leaving the gas station I didn’t know how I felt about just heading south with no sure plans. I had to remind myself that it doesn’t really matter where I end up.. I’ll figure it out. I’ve been living in a large city for 6 years now and enjoy it. After the traffic I hit in D.C. and Baltimore, I avoid large cities like the plague. While I was hustling and bustling with all the morning commuters I was questioning if I would be able to do this trip. At that moment in time I thought about saying, “Well I got to Virginia and now I’m heading home.” All those thoughts soon cleared as I started heading down US-522. 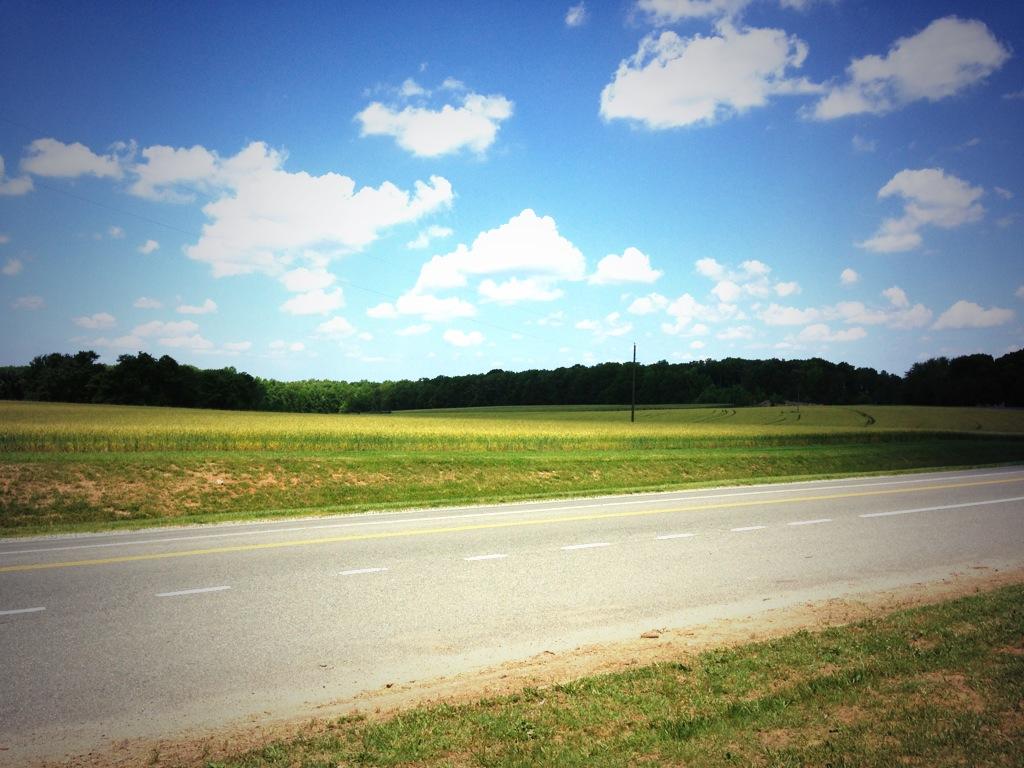 I kid you not.. there was a moment during this ride where I almost shed a tear of happiness. I had went from completely doubting myself and this ride to almost crying in a span of 3 hours. I apologize for not taking enough pictures today but I did take a good amount of video. Once I get to Florida or somewhere with good internet I will upload.

Avoiding highways has been the best decision thus far in the journey but I once again need to reevaluate some things. Today I spent 13 hours in the saddle and avoided making some stops I wanted because I felt pressed for time. I SHOULDN’T HAVE TO RIDE FOR 13 HOURS TO FEEL PRODUCTIVE. Old habits die hard. When I looked at the map this morning I was thinking, “if I do any less than 400 miles I’m never going to get to Florida.” I was so hung up on Florida for some reason. During one of my gas ups I called my Dad and told him I had a choice to make. I had a free place to stay in Raleigh, NC or I had a reservation in Columbia, SC. Raleigh was only an hour from where I was at but I almost felt like I didn’t put enough miles under my belt. I pushed on to SC. Food was on my mind and I regret not stopping somewhere in NC to eat. Oh well. I only took 2 pictures while riding through an entire state. That needs to change. 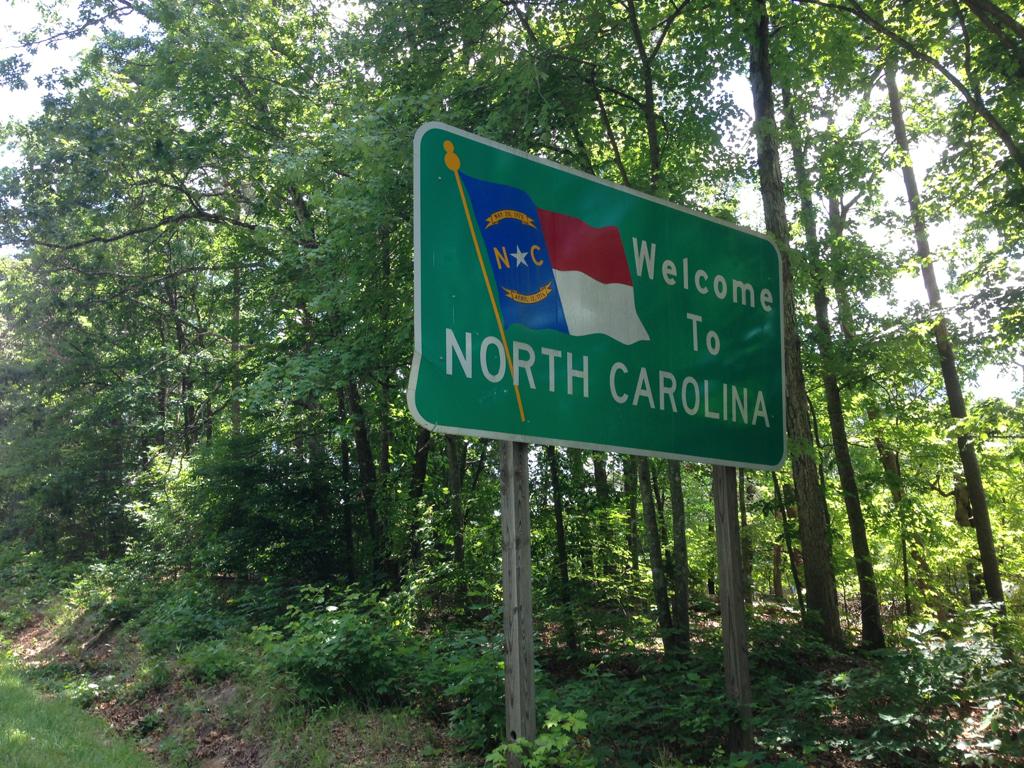 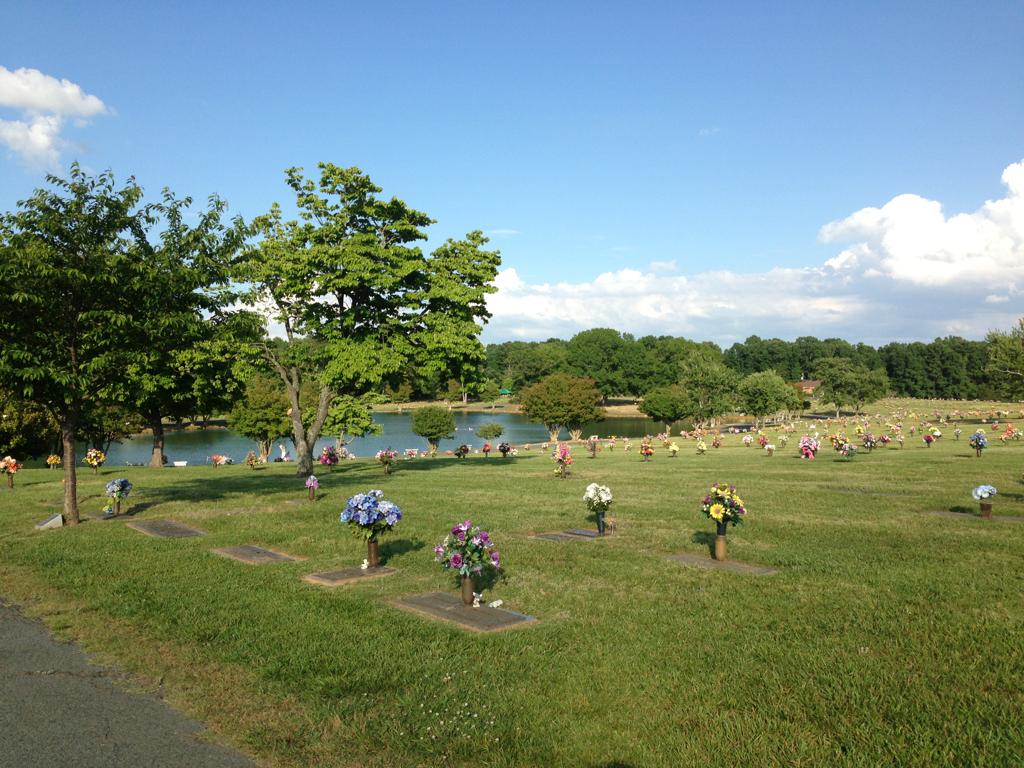 It’s probably a dark thing to say but they had beautiful cemeteries all over. NC and SC also have lots of churches.. everywhere.

Surviving the day with only a Clif Bar and some other nutri-something bar I decided it was time to eat. 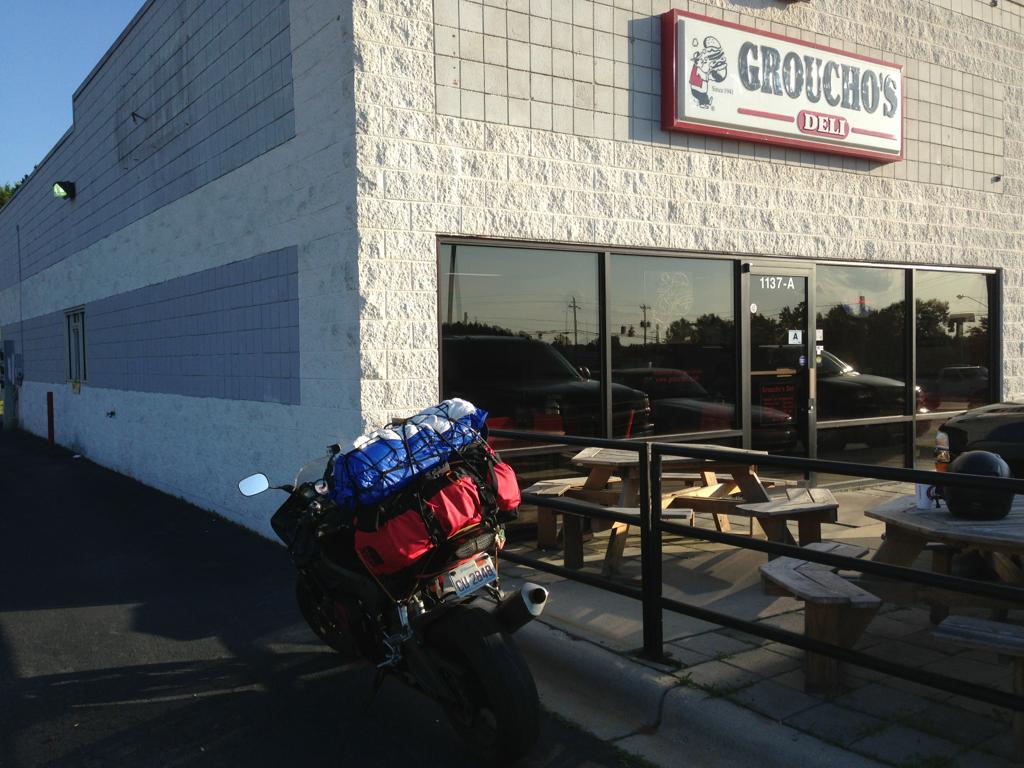 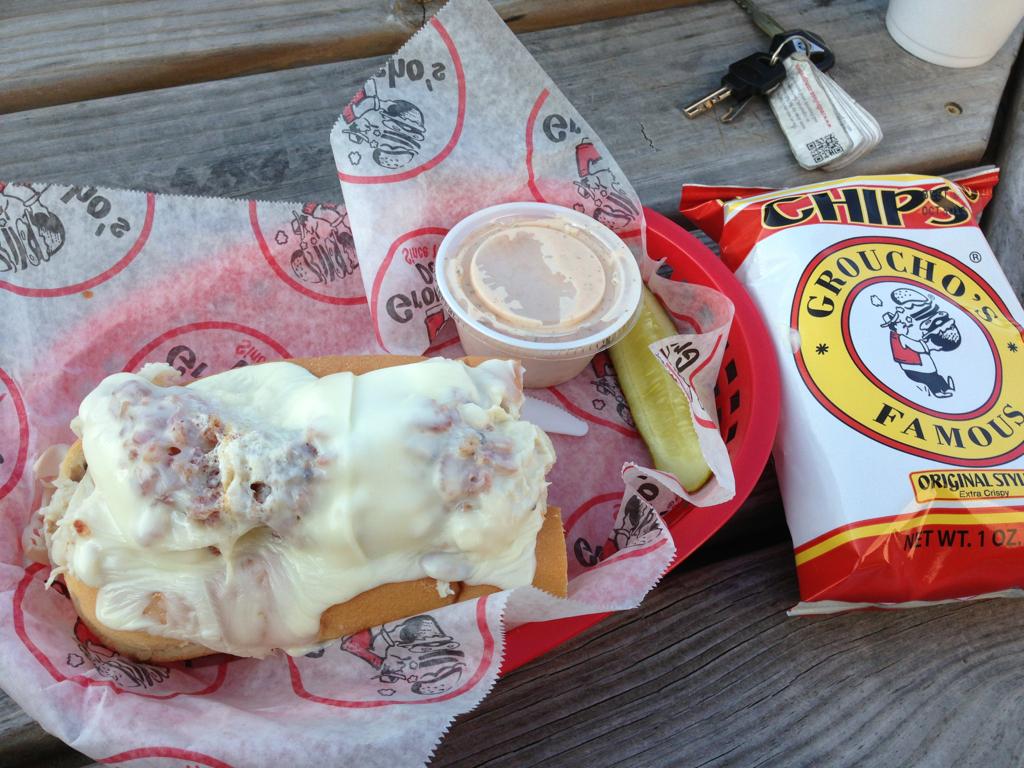 I walked in and was greeted by a heavy accent to which I have no complaints about. I said I’ll take whatever you recommend. I believe that sandwich is called a “SLT.” All I know is that it was amazing. Roast beef covered in a ridiculous amount of cheese with crumbled bacon in the middle. I ate outside with this nice woman who worked next door. This was the first time in the trip that I had really spoken with a stranger. It was nice to be out of the comfort zone. It was also nice to have eaten something besides a packaged bar of food. I took a slightly longer route into Columbia because I now avoid large cities but just as I suspected, the ride was beautiful.

Touching on what I wrote about earlier.. Daniel messaged me back in the middle of the day and said, “Michael, what are you in town for? Can you add some info to your profile? (Photo, verifications, etc) -Daniel.” I must have seemed like a creep considering I just made my account that day, I had zero information, no photograph, nothing at all. Oops! After I directed him to this website he said to book it and that he would see me later. I went from going down south with no where to sleep to having this nice queen bed that I’m sitting on now and it cost almost the same as camping. 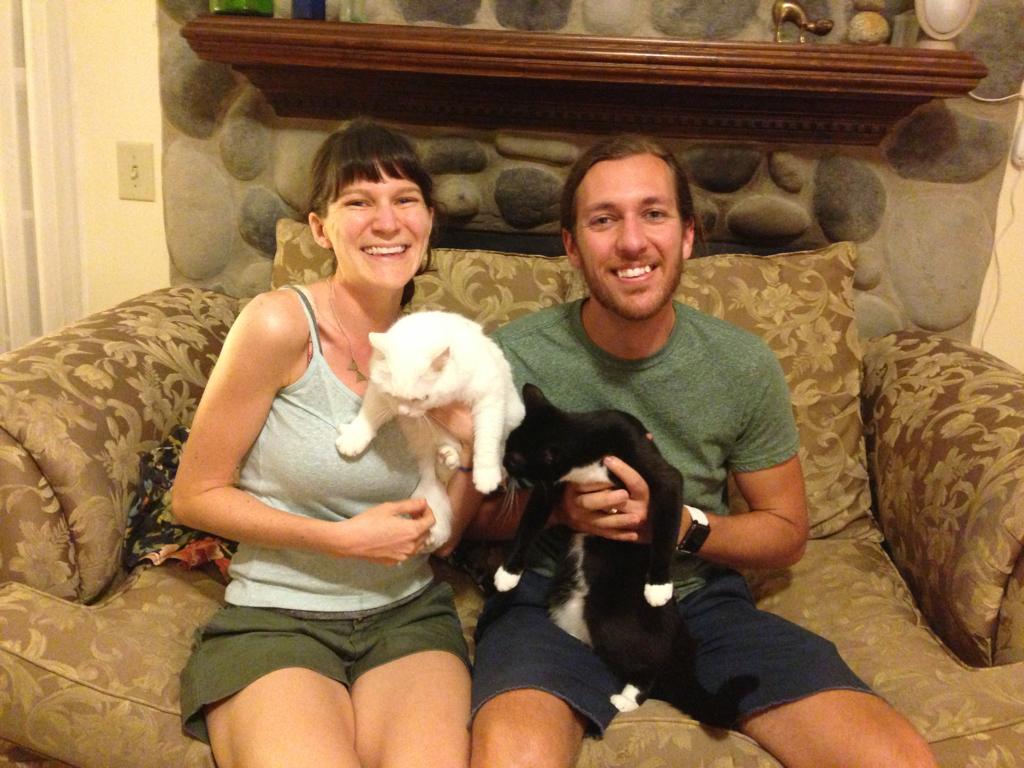 This 13 hour day included lots of great roads but it also includes my sore ass and my still numb throttle hand. I think from here on out we stop worrying about being productive and just try to arrive somewhere around dinner time. Florida will still be there whether it takes me 1 more day or 2.