I’d like to start this post by mentioning that my radar detector setup once again failed before I could get it out of Adam’s driveway. Oh well.

Day five included some much needed rest from that long haul I did the day prior. I woke up around 11AM, had my leftovers from the night before, and then decided to walk around the area and see if I could find any little coffee shops that could provide a relaxing atmosphere to write an article. I happened to find one two blocks away. Another reason why I wanted to venture out of the house was to test my iPhone tethering. At this very moment in time, I am writing this article via a tent in southeastern Pennsylvania. After ensuring that my setup worked it was then time to once again work on the radar setup. This time we tried to use velcro but as I already said, that failed. It was approaching dinner time so I wanted to make sure I had a camping reservation taken care of before we left. It was shocking to me how hard it was to actually get this completed. I found a nice place in New Jersey that would have been right between my next stop. Unfortunately, New Jersey requires you to stay for two nights.. and for that amount of money I would rather just stay at a cheap motel. The only solution I could think of was to head a bit west back into Penn. After another great dinner and some craft beers it was time to call it a night and see what the following day has in store.

A HUGE thank you to Adam and his girlfriend for their hospitality! 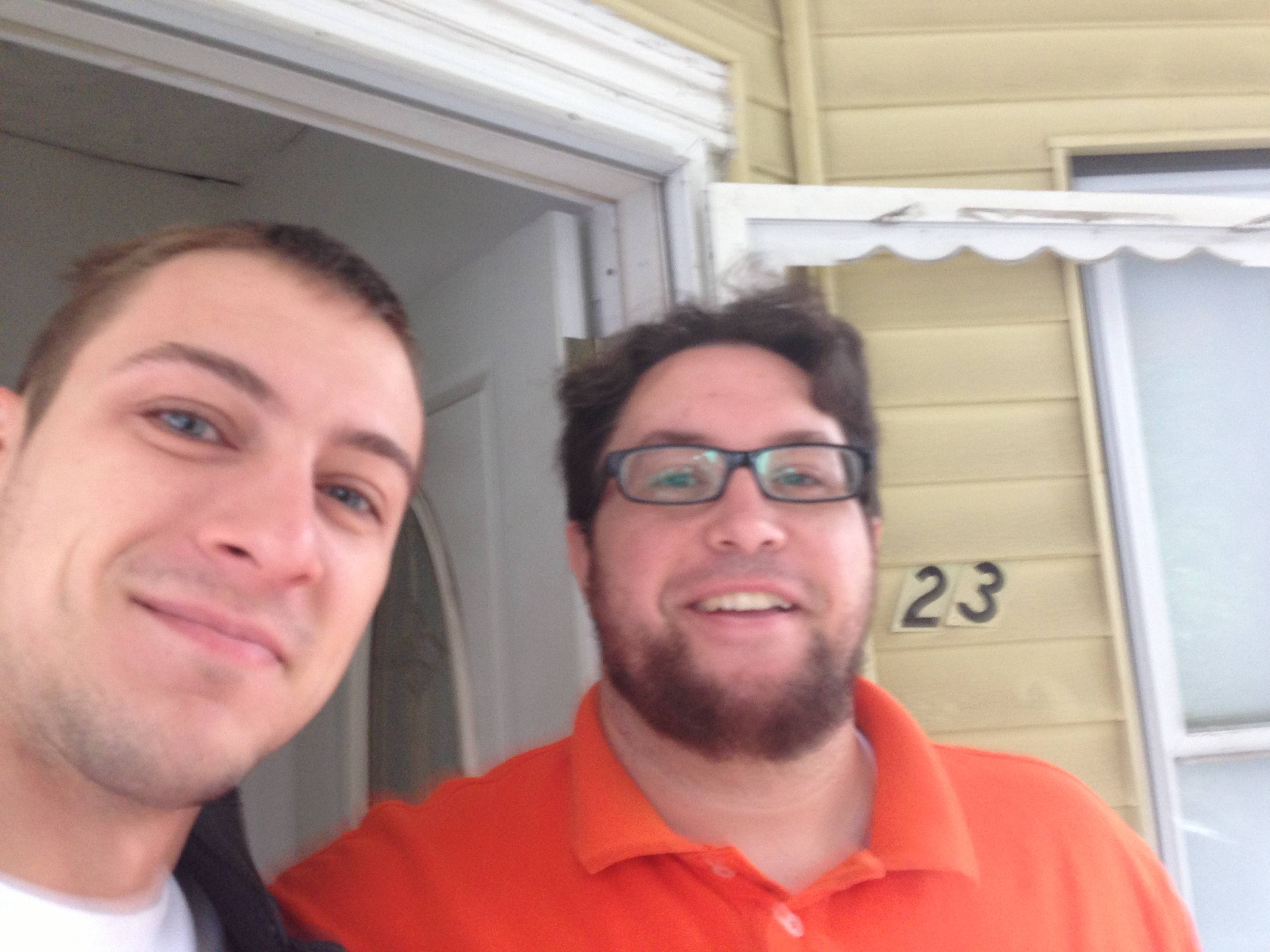 Day six started out .. interesting. It was raining in Boston so I was able to give my rain gear their first go. Thirty minutes into the ride everything was going great. Oh wait, here comes that monkey wrench. I left my GoPro on the hood of Adam’s second car. As I was on my 30 minute drive back it started to pour and traffic was just at a halt most of the way. That was a miserable start but the camera was still there! I saddled back up and once again fought the Boston traffic an hour later than my planned departure (this is the common theme so far). The rain seemed to stop as I got closer to Connecticut. By about 2PM the sun was shining and it was nice and warm! The only things that got wet were my gloves and feet which is much better than being fully soaked. Yesterday I decided I needed to take this ride differently from here on out. I set my navigation to avoid highways and I can’t tell you how GREAT of an idea that was. I rode on amazing sweepers and twisties for 85% of the entire day. Even in the beginning when it was raining and wet I couldn’t wipe the smile off my face. I’m more than willing to sacrifice putting up big miles to do that with all my destinations. Connecticut and New York were absolutely stunning. What they did make me realize was I really need to purchase a point-and-shoot camera. It’s another expense I didn’t want to have but I felt like I missed a lot of amazing photographs not only for myself but to share with all of you. As I neared my campsite I went past Pocono Raceway and there was a car doing laps. It doesn’t look like they go that fast on TV but in person I was stunned. After that it was off to the campsite. I made the mistake of following Google’s directions into the site. I ended up riding about 10 miles on gravel and I still had to exit that area, hop back on the road, and drive further to get to the camping area. I’m learning from all of this and thats what counts! After I setup my camp, everyone decided it would be great to tell me how much I need to worry about bears. I debated just going to sleep after I was all setup so I could stop worrying about it but I wanted to write all of this down while it is still fresh. I have food to cook but honestly, I’m too worried to fire it up. It’s also nearing 11PM so I’m going to TRY to fall asleep and enjoy my first camping experience.

Tomorrow we head to Virginia.. highway free of course! 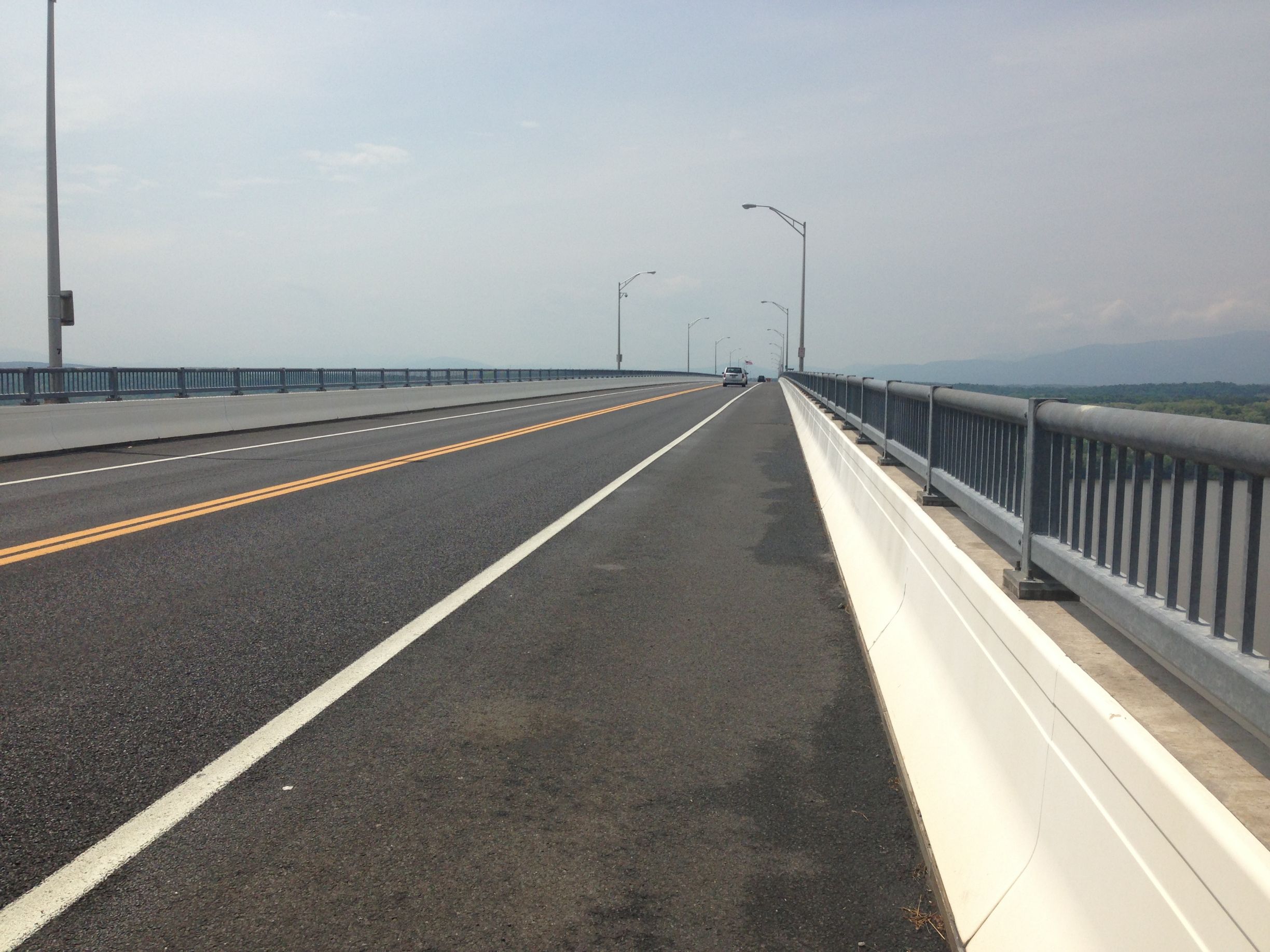 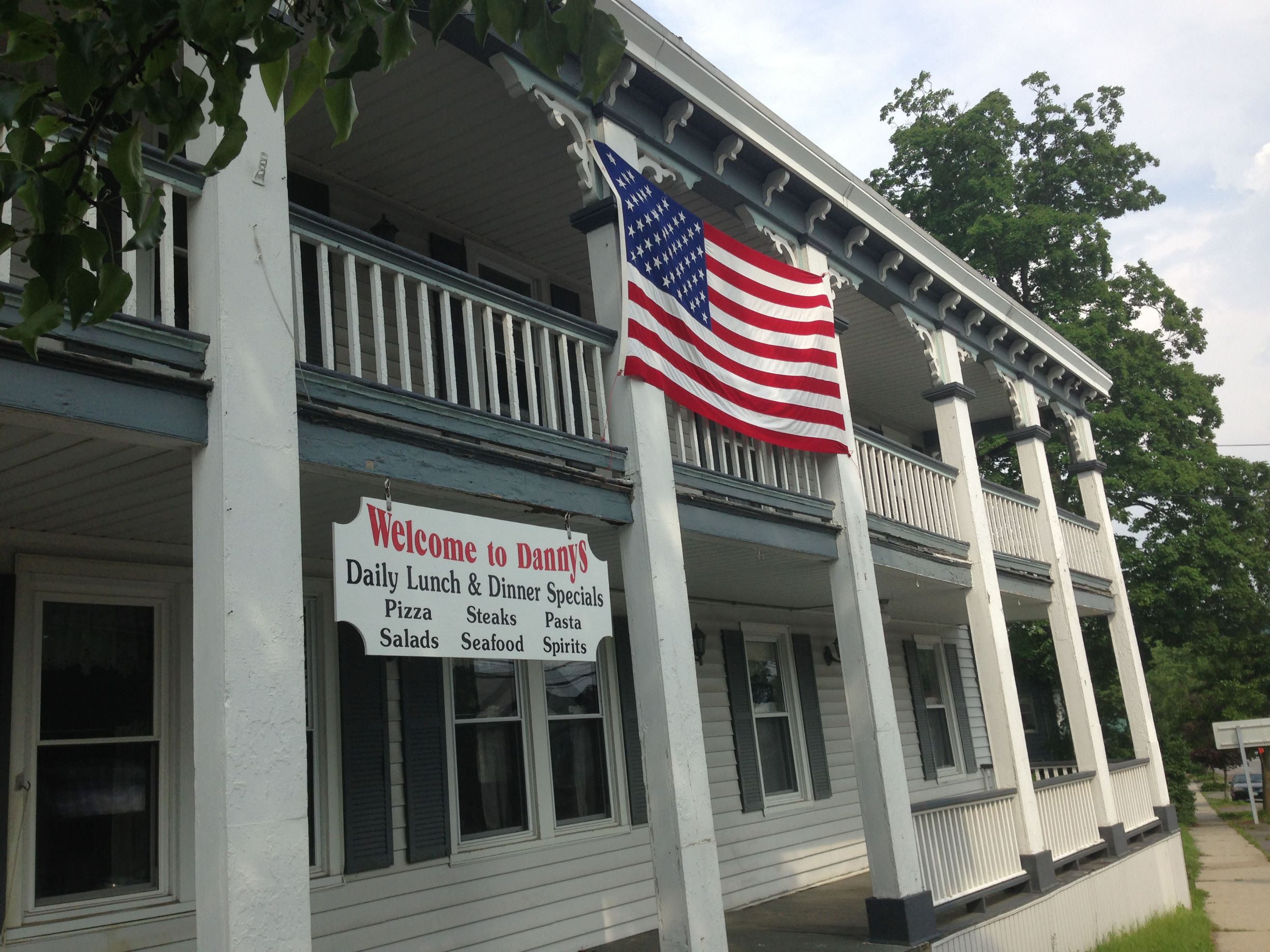 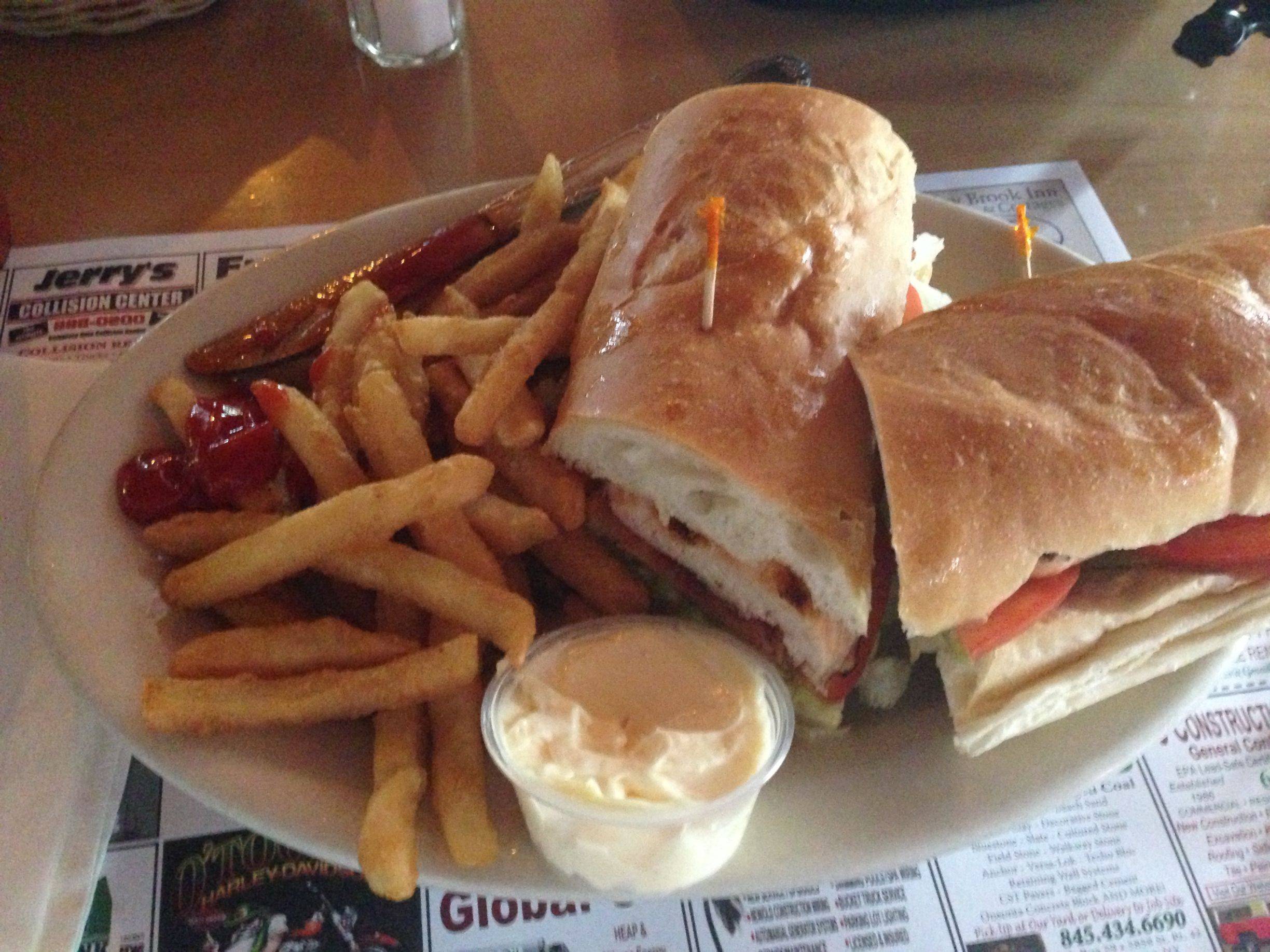 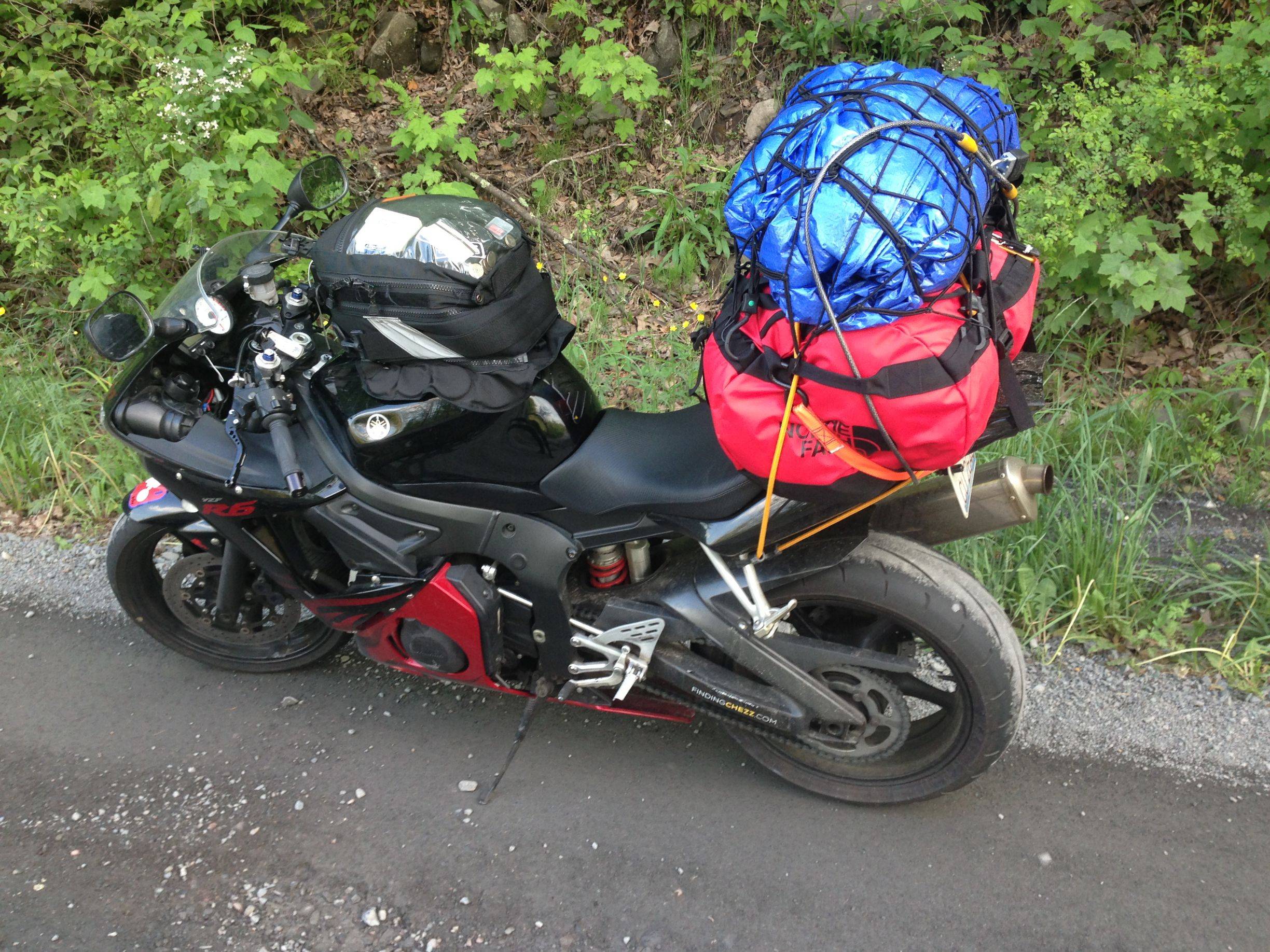 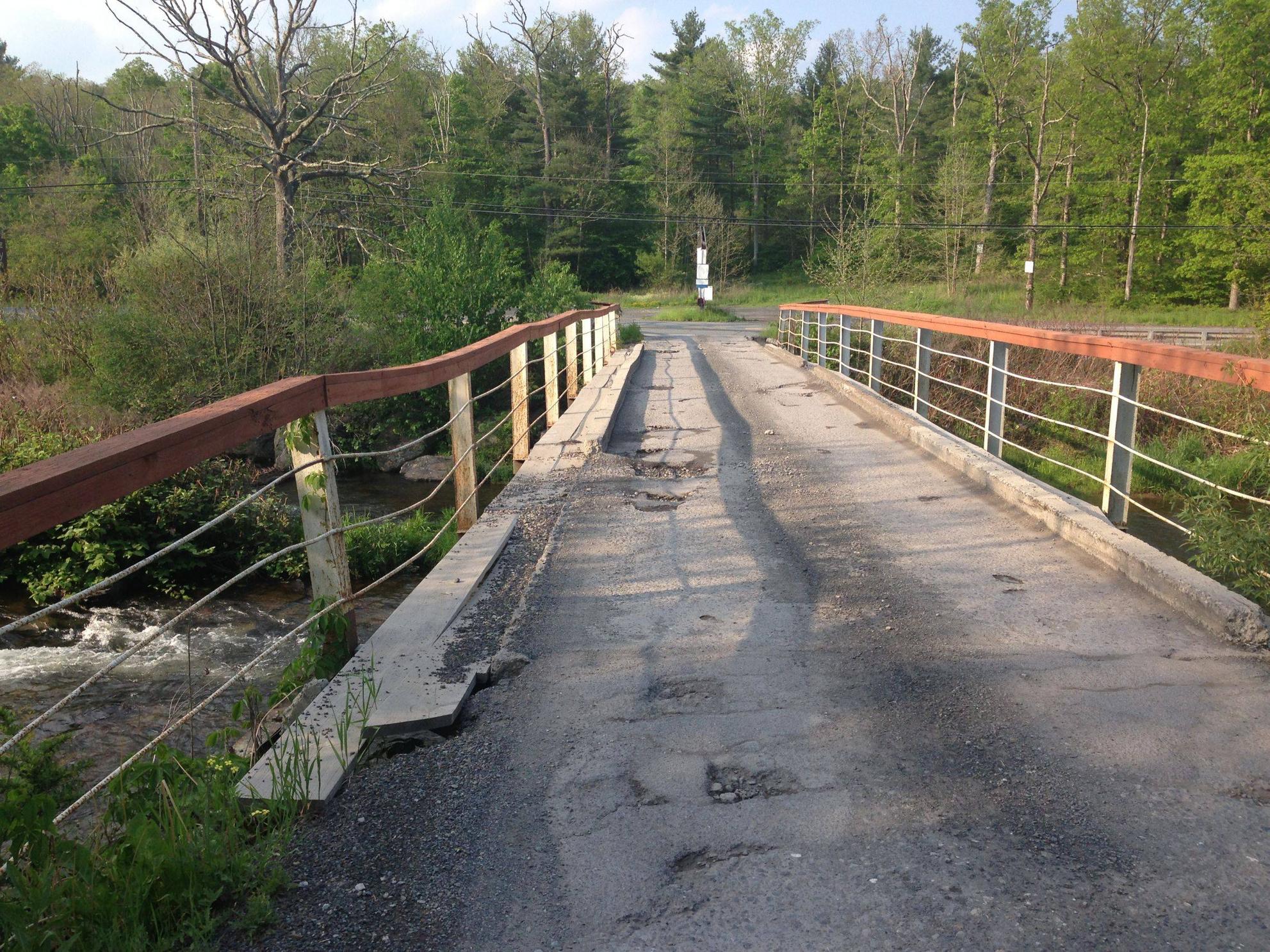 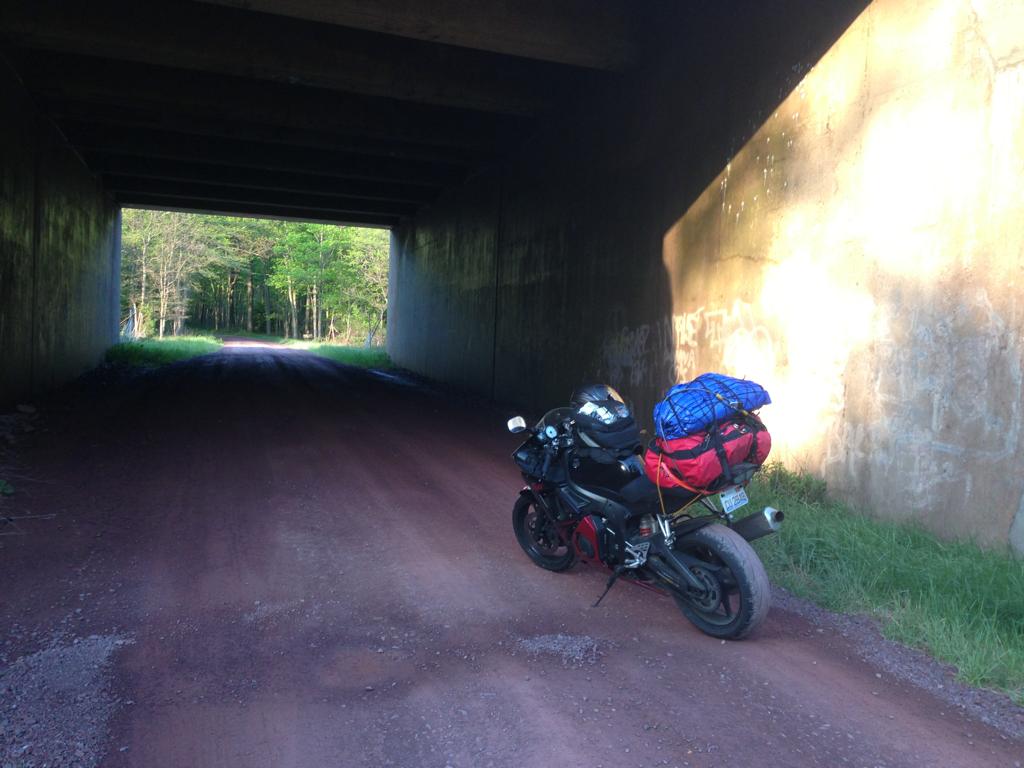 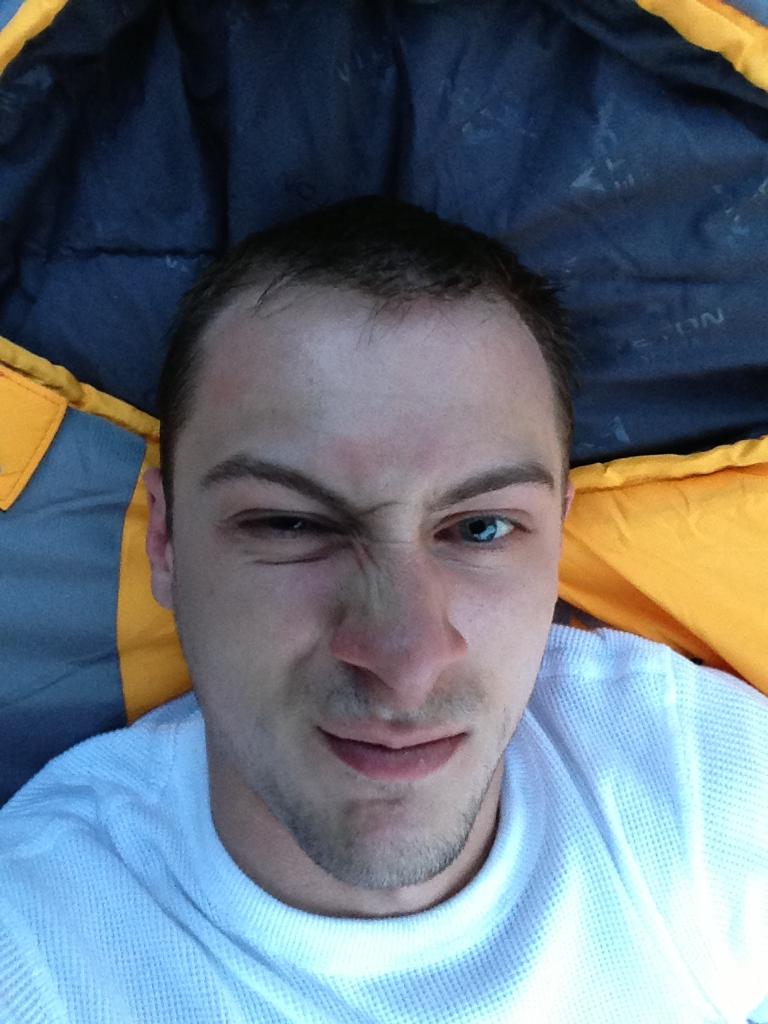 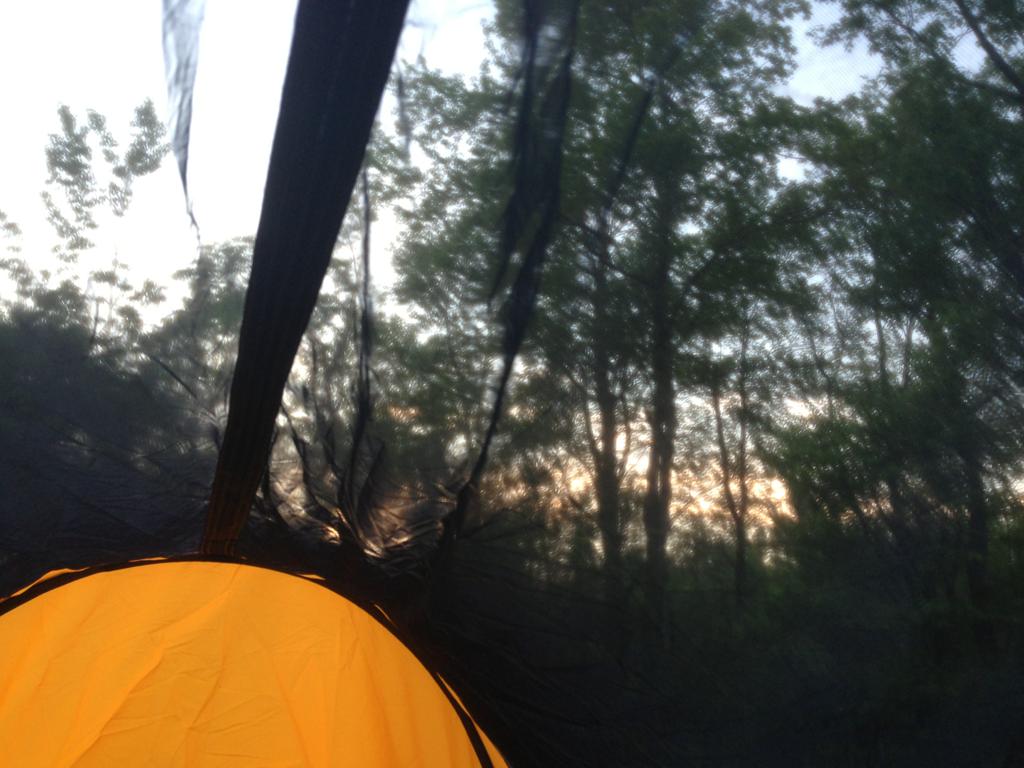 Day seven started off great. I won’t let the last half get me down but I will say it was not enjoyable in the least. I broke down the camp in under an hour and then started another great half day. Venturing through Pennsylvania back roads was another amazing ride. Elevation changes and twisty roads can not be beat. Unfortunately everything started to go sour once I made it 15 miles into Maryland. After venturing off the highways for the past two days I seem to not miss city traffic in the slightest. Baltimore looked very nice driving in. I’m sure I would have enjoyed it much more if I was staying the night. Traffic was horrible from Baltimore all the way into Virginia. Eighty-eight degrees, dead stop traffic, and a 215 degree fahrenheit steed in between my legs with a full leather kit on. Once I arrived, some great beer and great company fixed me right up! 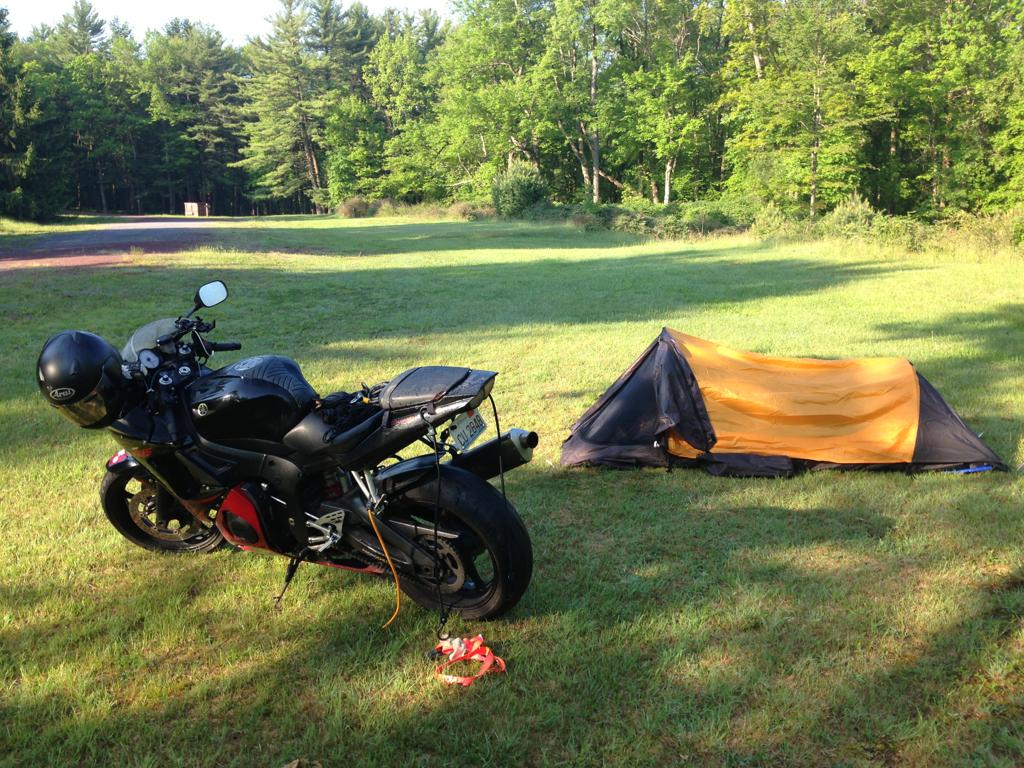 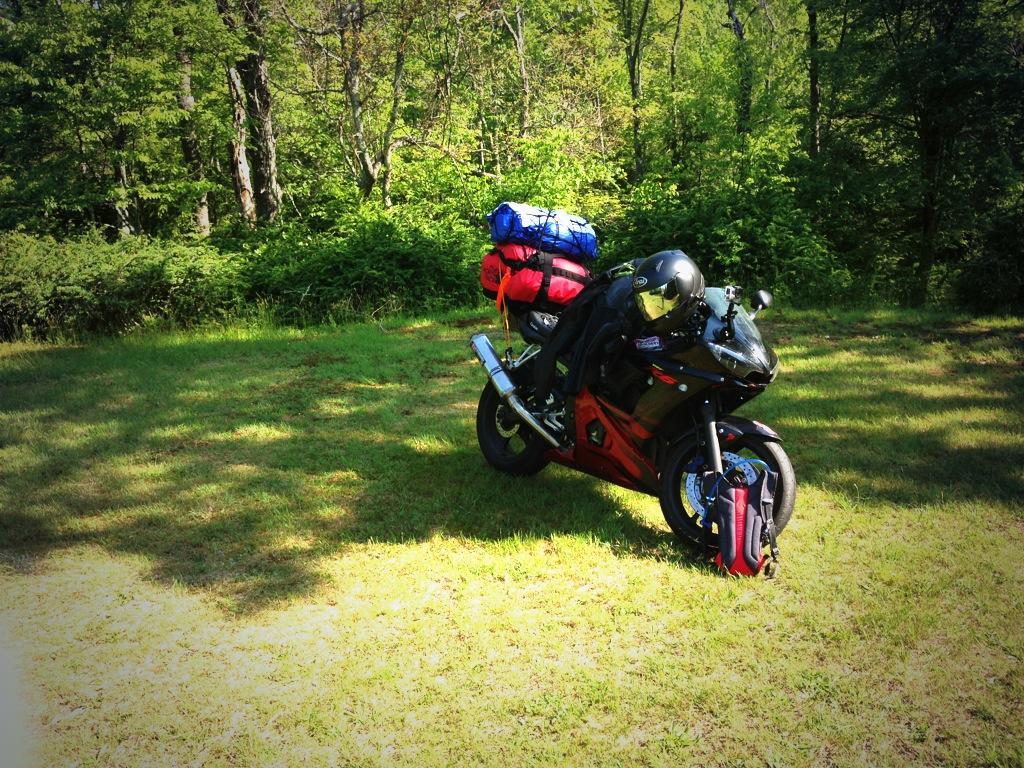 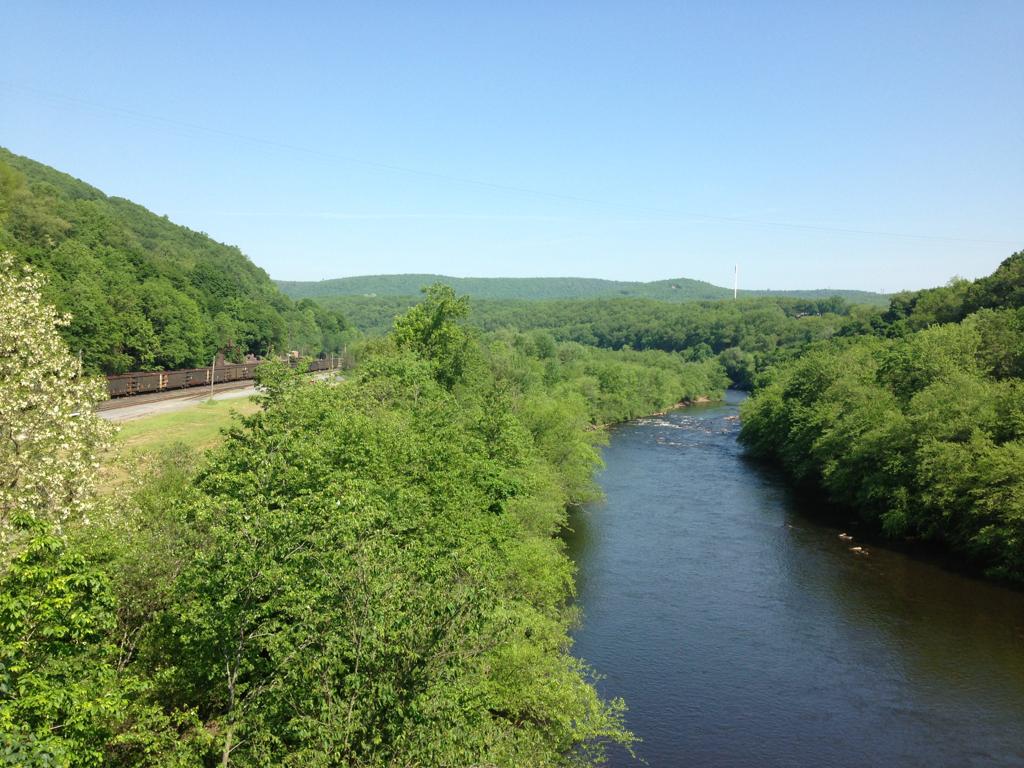 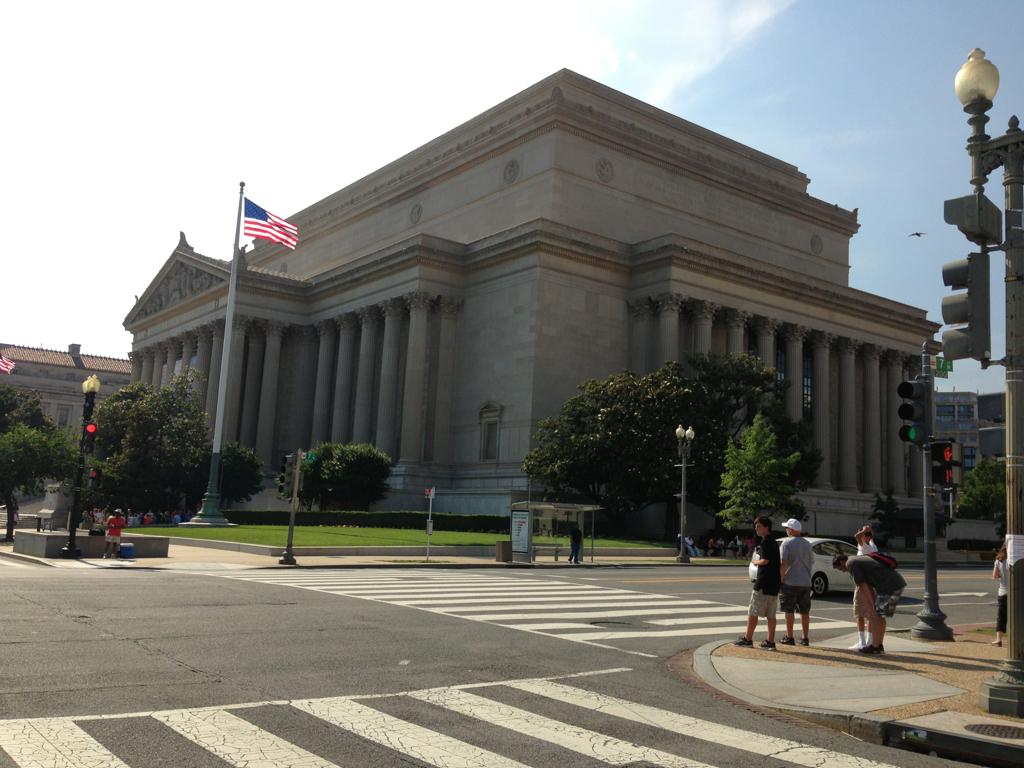 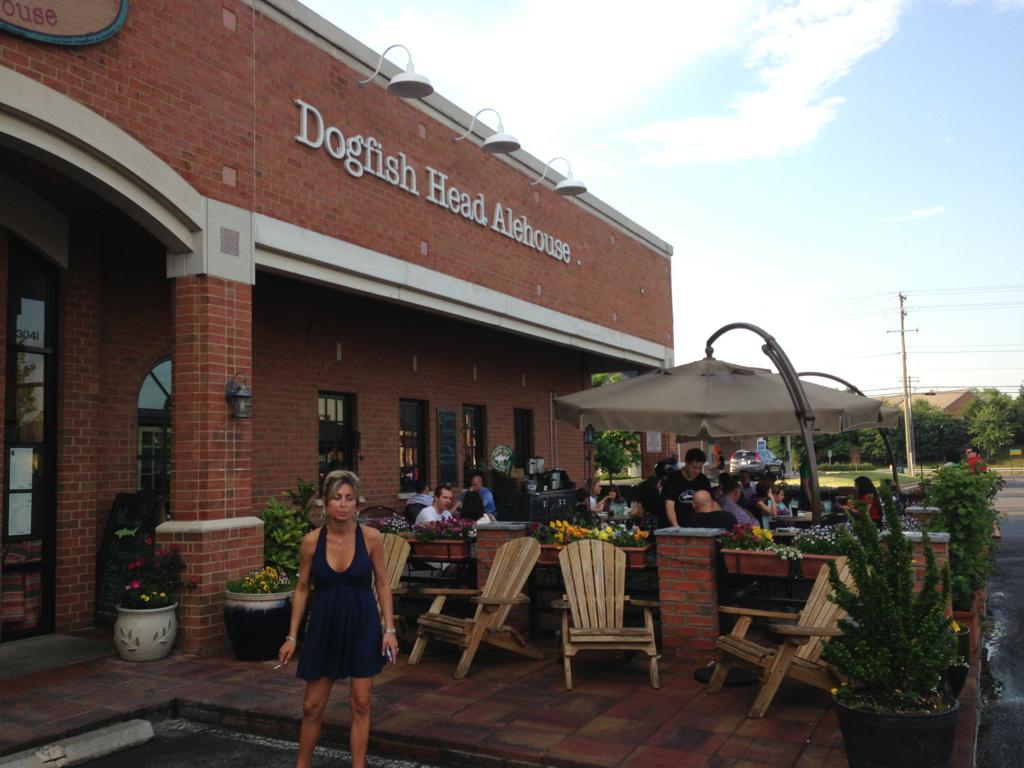 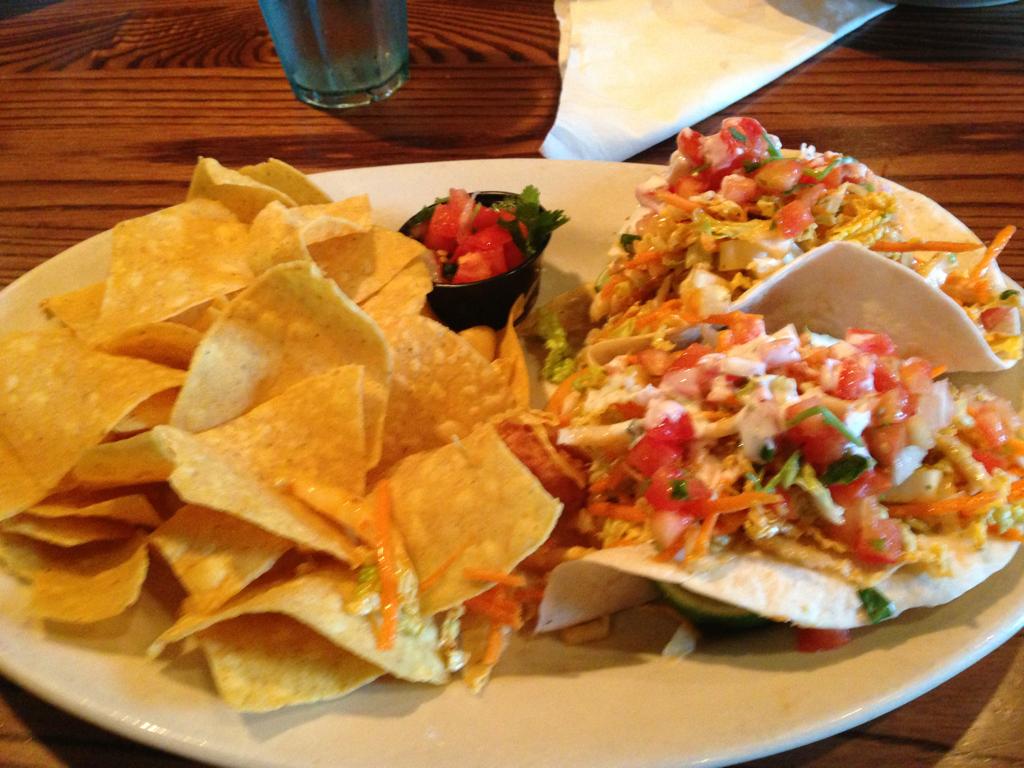 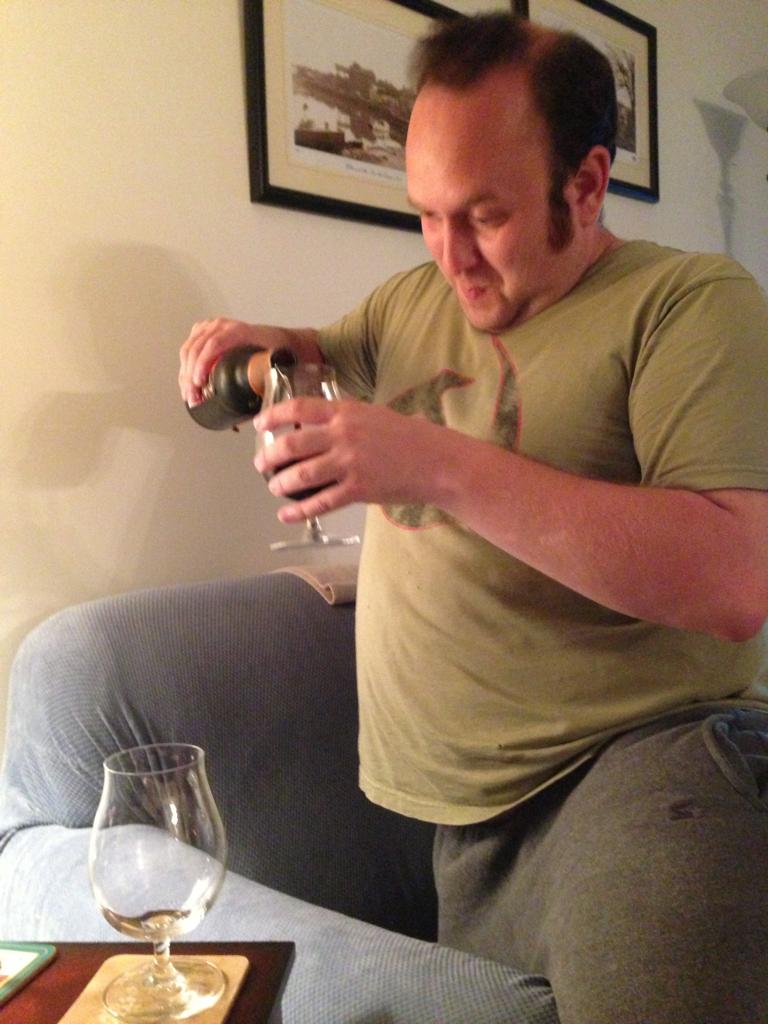 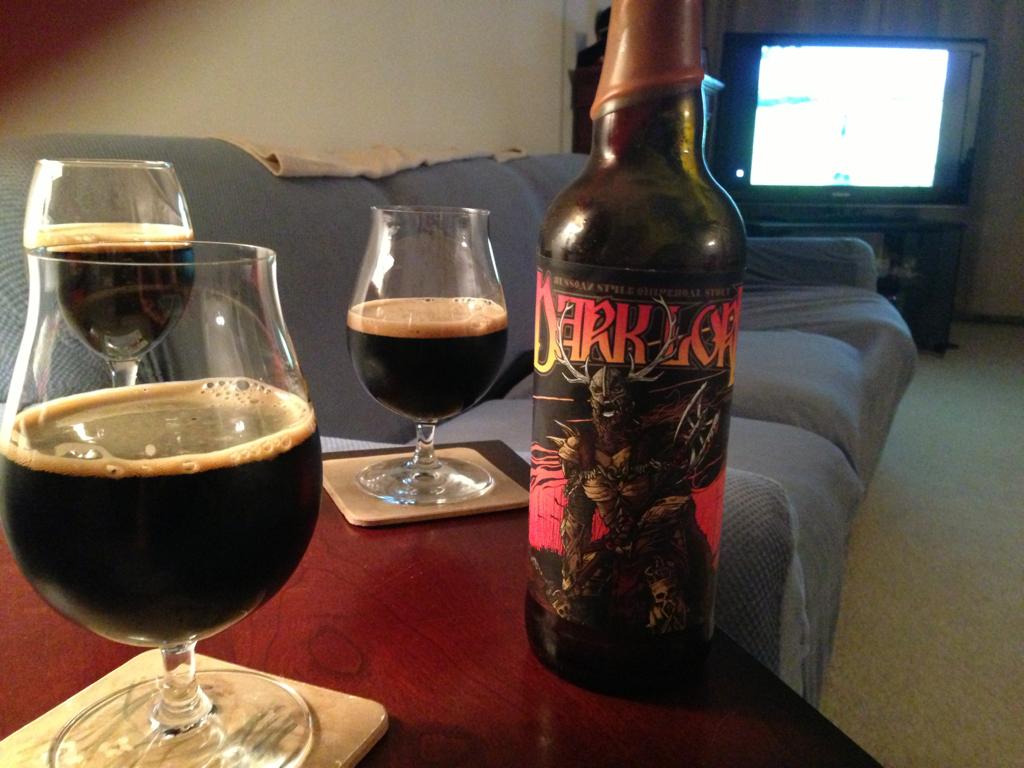 All was well after a few drinks and a great dinner thanks to German and his girlfriend! 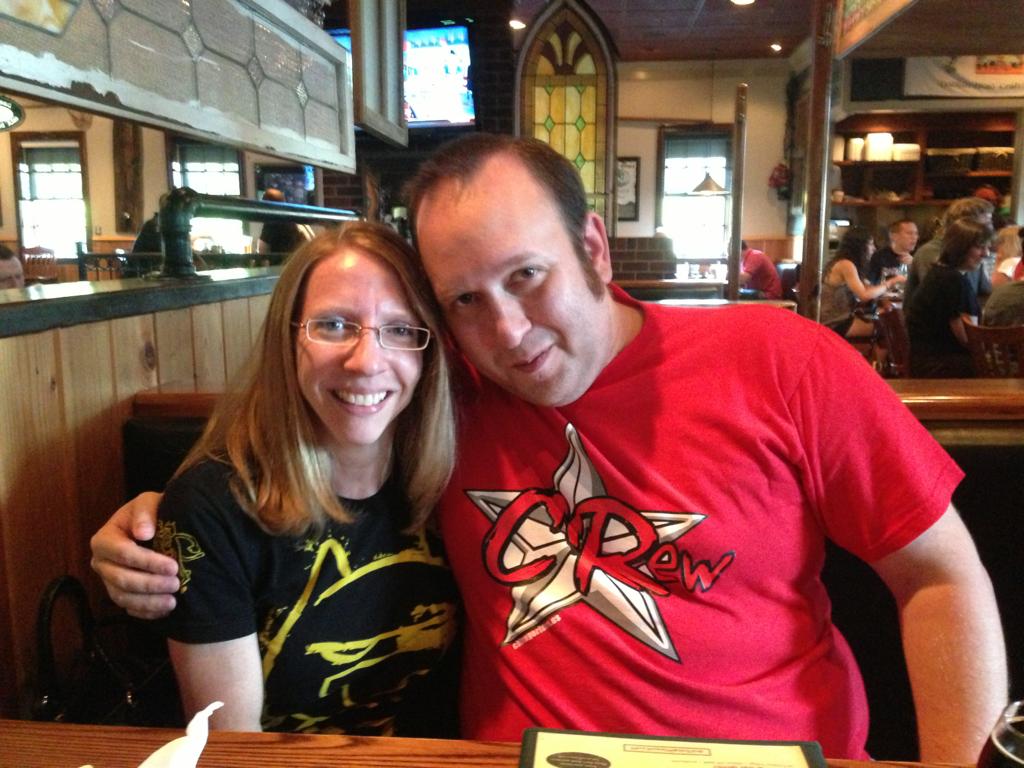